11 of the absolute best homemade kids’ Halloween costumes of 2017. 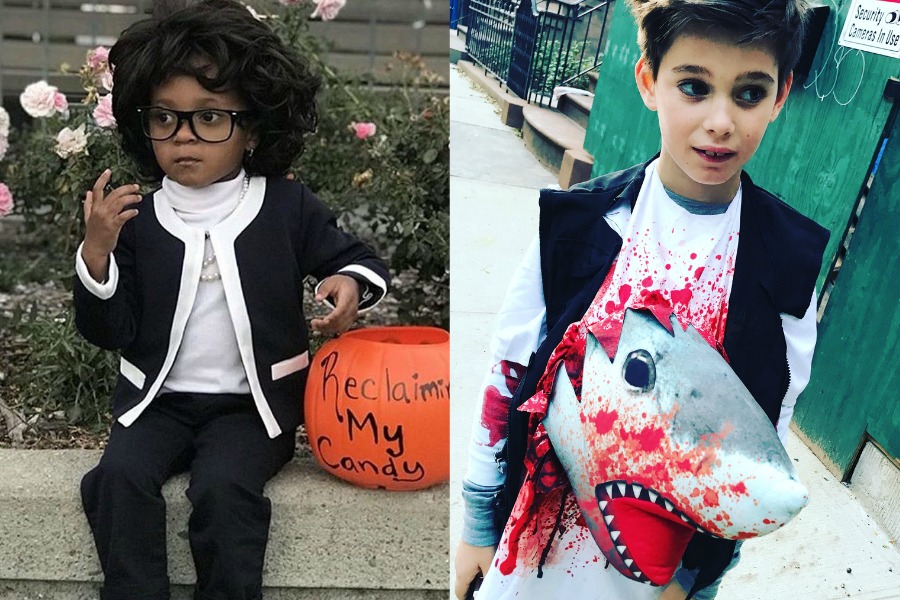 While all kids’ Halloween costumes are of course wonderful and creative and adorable and perfect, well, we’re kind of blown away by these in particular. They’re all handmade, all made by regular old parents in our network — no professional costume designers or mask-makers or set designers — and all deserving of the full-size bars from every house they visited.

Bravo to these clever kids and their clever parents! You’ve inspired me for 2018.

And while there are no winners in Halloween…yeah. You all pretty much won.

All photos © their respective owners 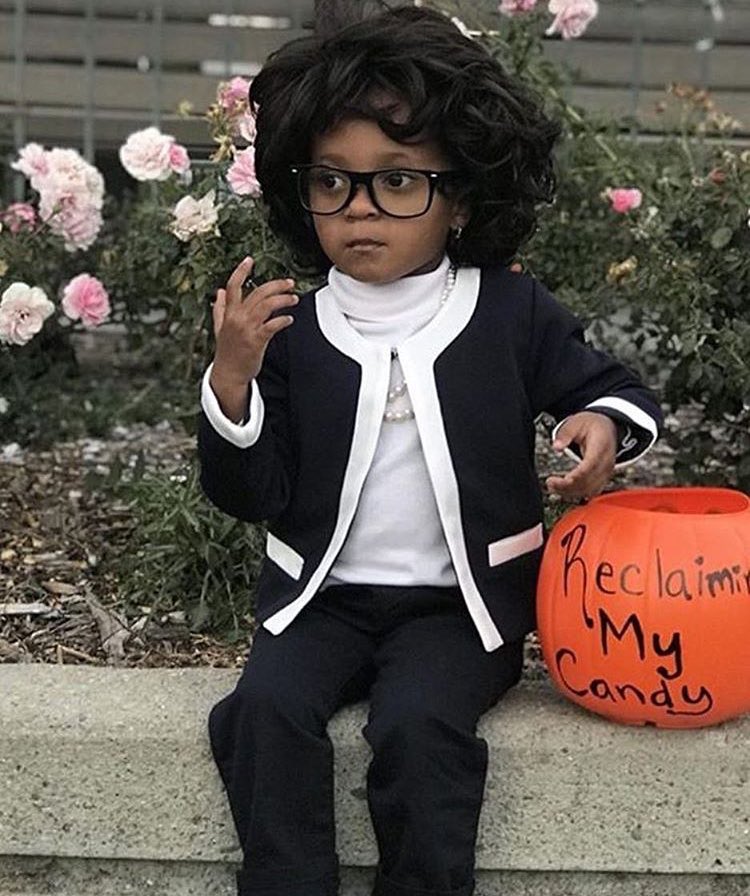 The outfit is 2017 political perfection, but that pumpkin? That pretty much puts it over the top as my very favorite. May this awesome little girl grow up to be the next Maxine Sanders. 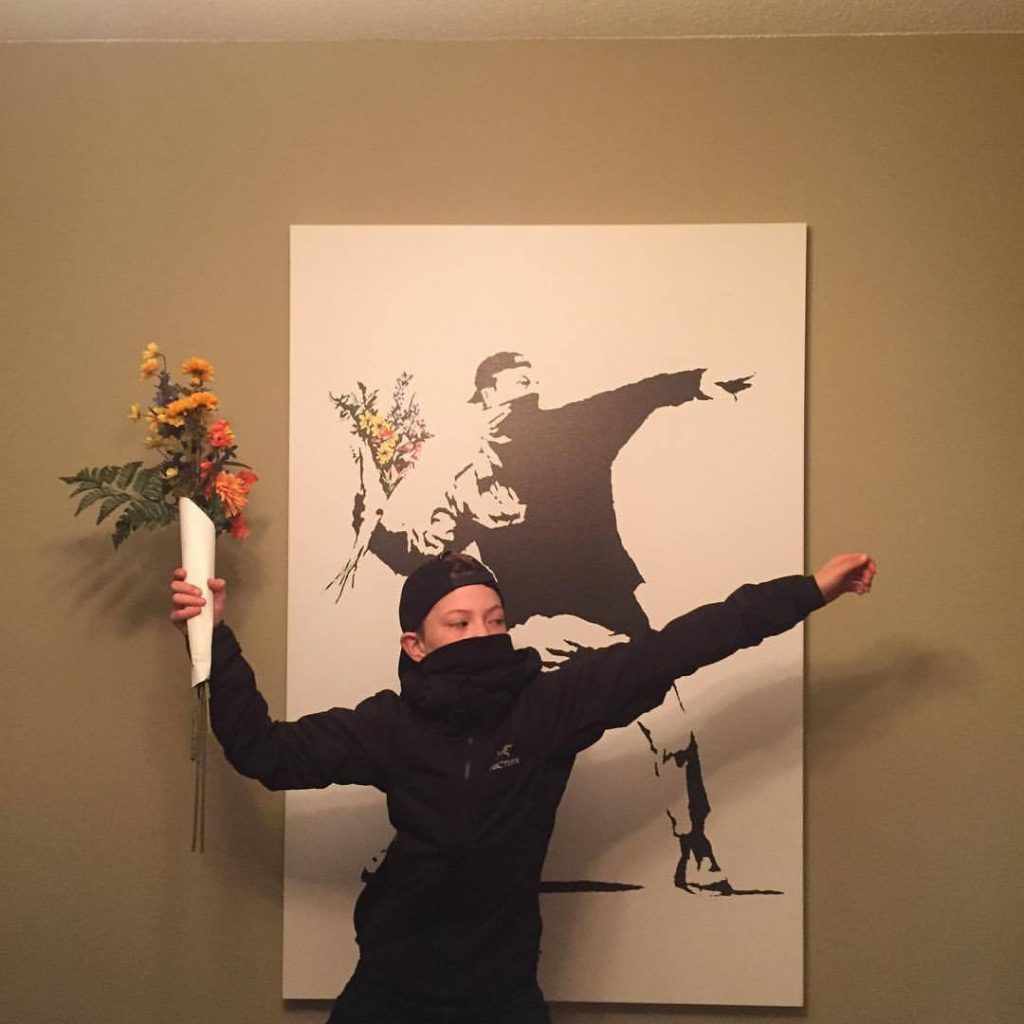 CMP’s own Colleen helped her son deck out in one of the most inspired homemade Halloween costumes for kids I’ve seen. I mean, I love all the Frida Kahlos and Andy Warhols but as far as modern art inspiration, standing O for innovation. 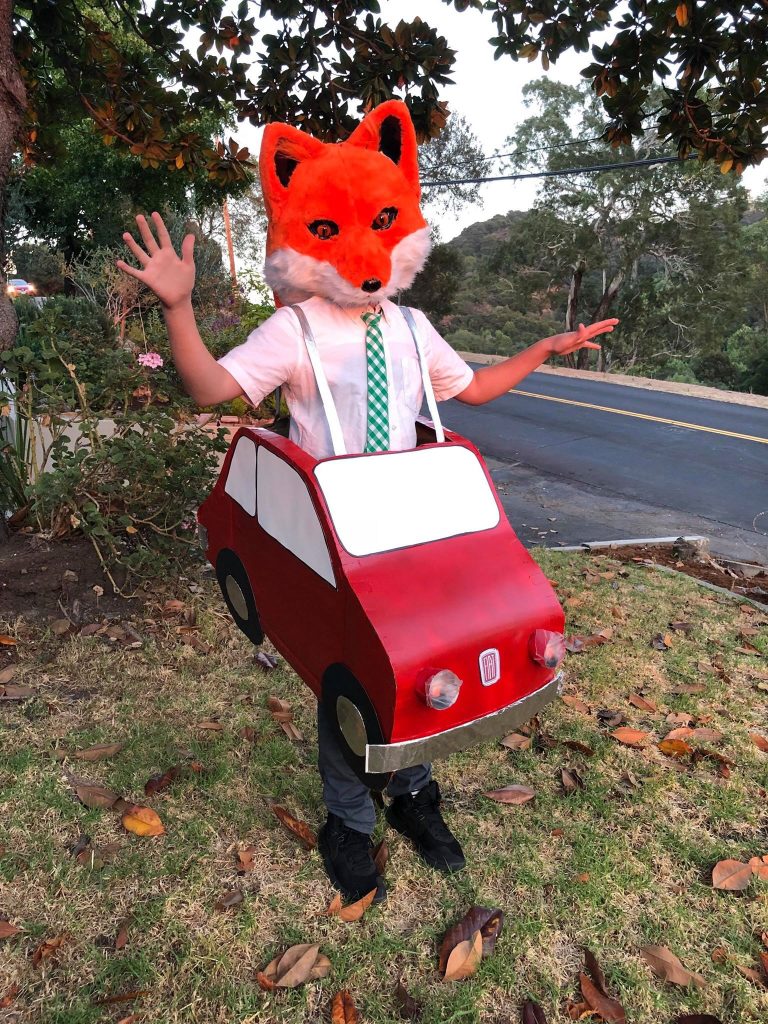 Alix Tyler, AKA Galaxina is one of my favorite bloggers, art directors, and all-around creative people so I’m not surprised in the least that her son has inherited her ingenuity, wit, and love for Wes Anderson. The mask is not homemade (obvs) but the Fiat more than makes up for it. 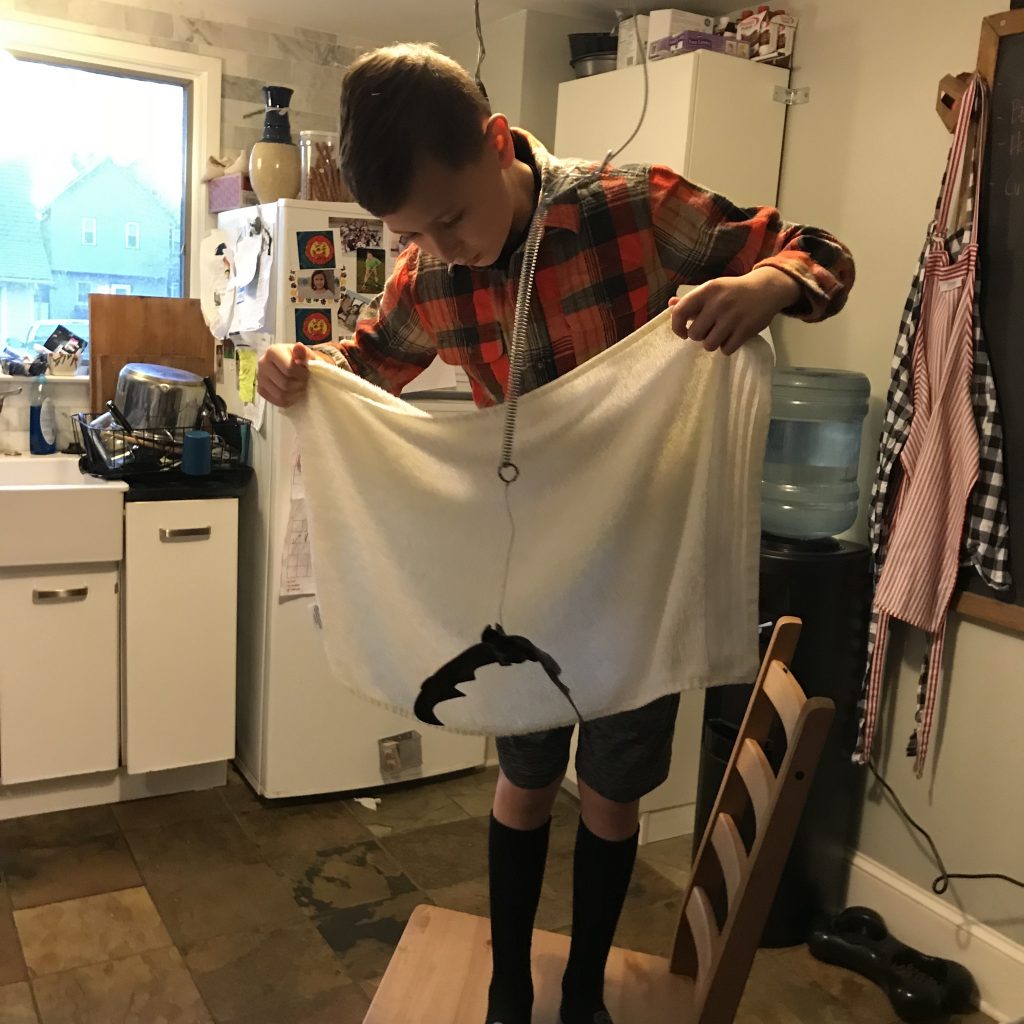 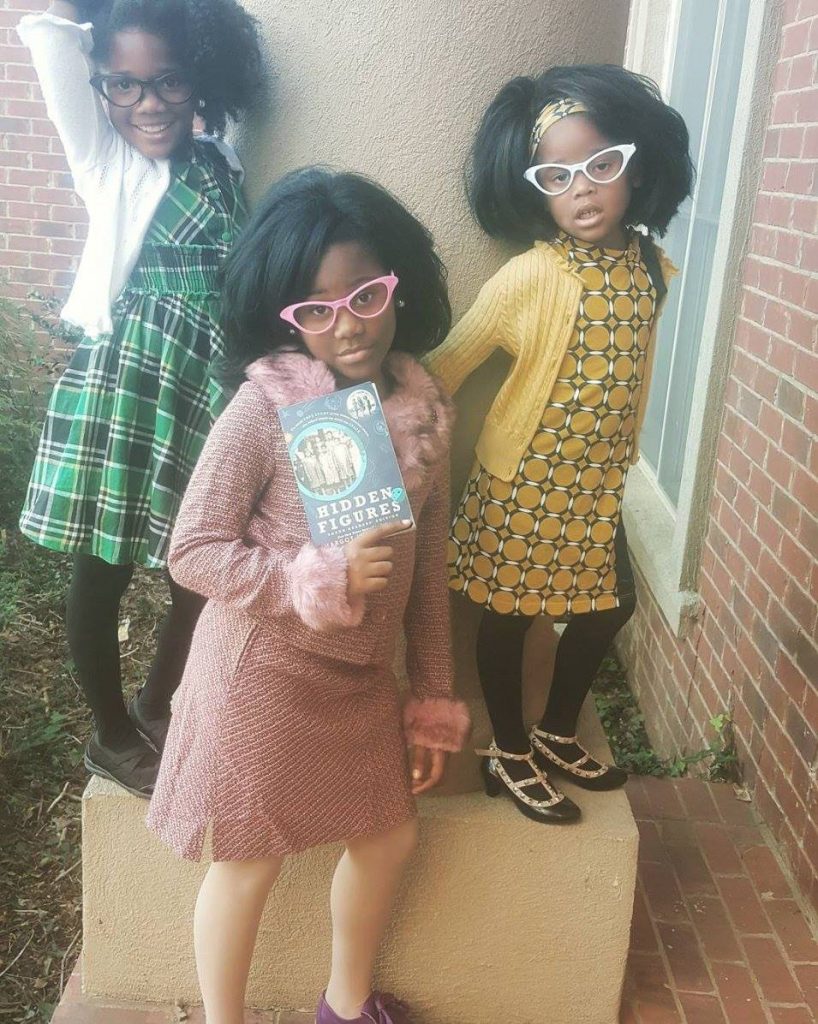 We discovered these three wonderful girls last night and…just wow. The book is a great touch, but come on. Would any of us not recognize Mary Jackson, Katherine Johnson and Dorothy Vaughan? Those outfits are impeccable, and the glasses on point. 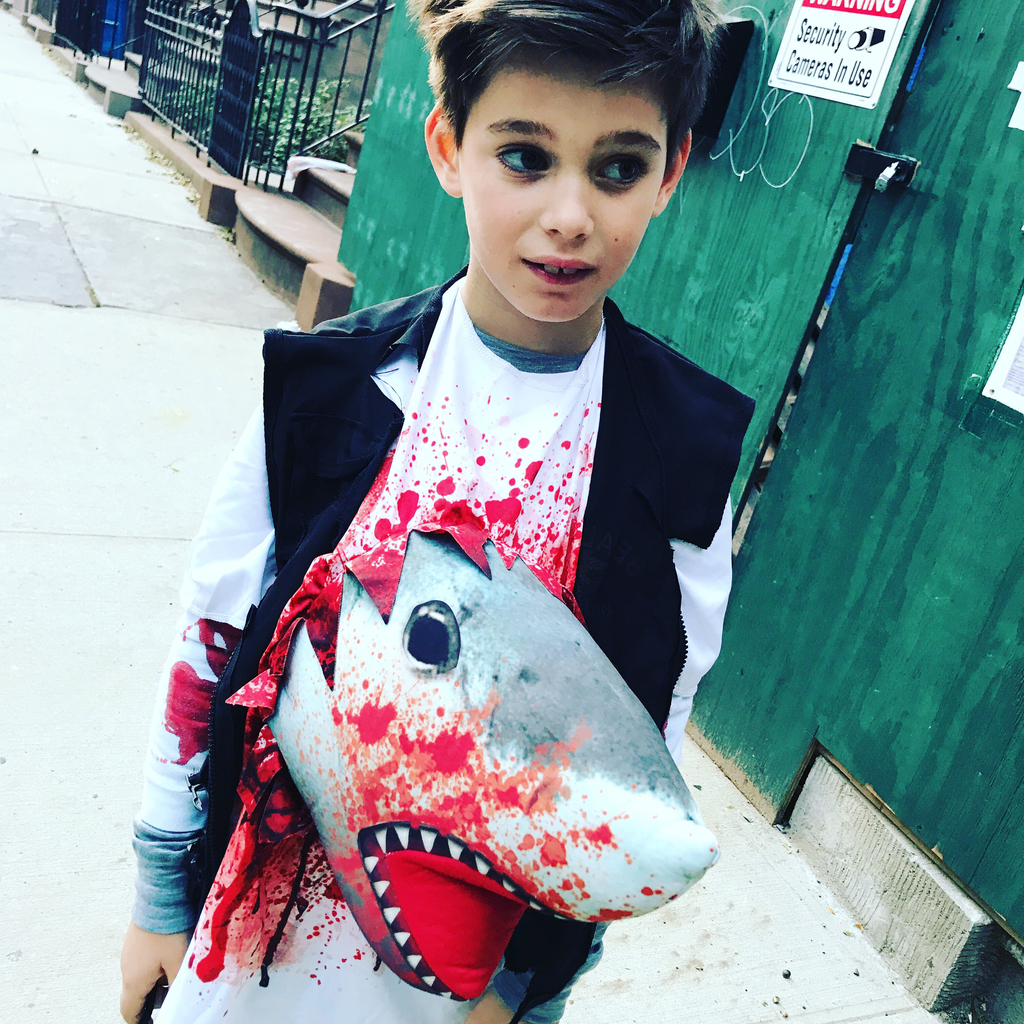 While Stacie is our food editor-in-chief over Cool Mom Eats. I admit I don’t have a huge appetite seeing Oliver as a shark attack survivor because, wow! Well done! I’m supposed to let you know that “the vest is a Navy Seal vest because technically he was a Navy Seal who got attacked and survived, and he felt that was an important part of the story.”

PS Here’s our brave service men and women. Please don’t get bitten by sharks, we need you! 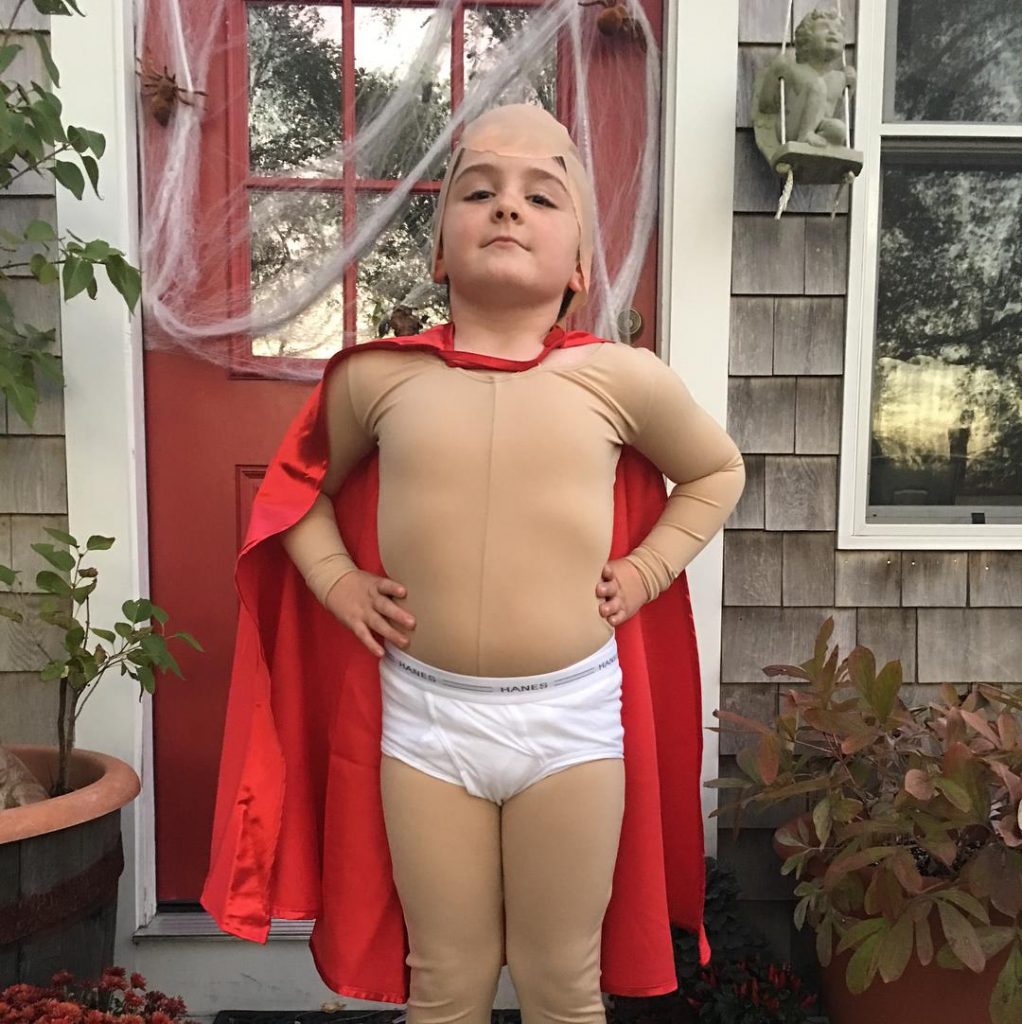 Karen’s entire family goes all out for Halloween this year, but her little Captain Underpants is a joy — right down to the bald cap and superhero posturing. 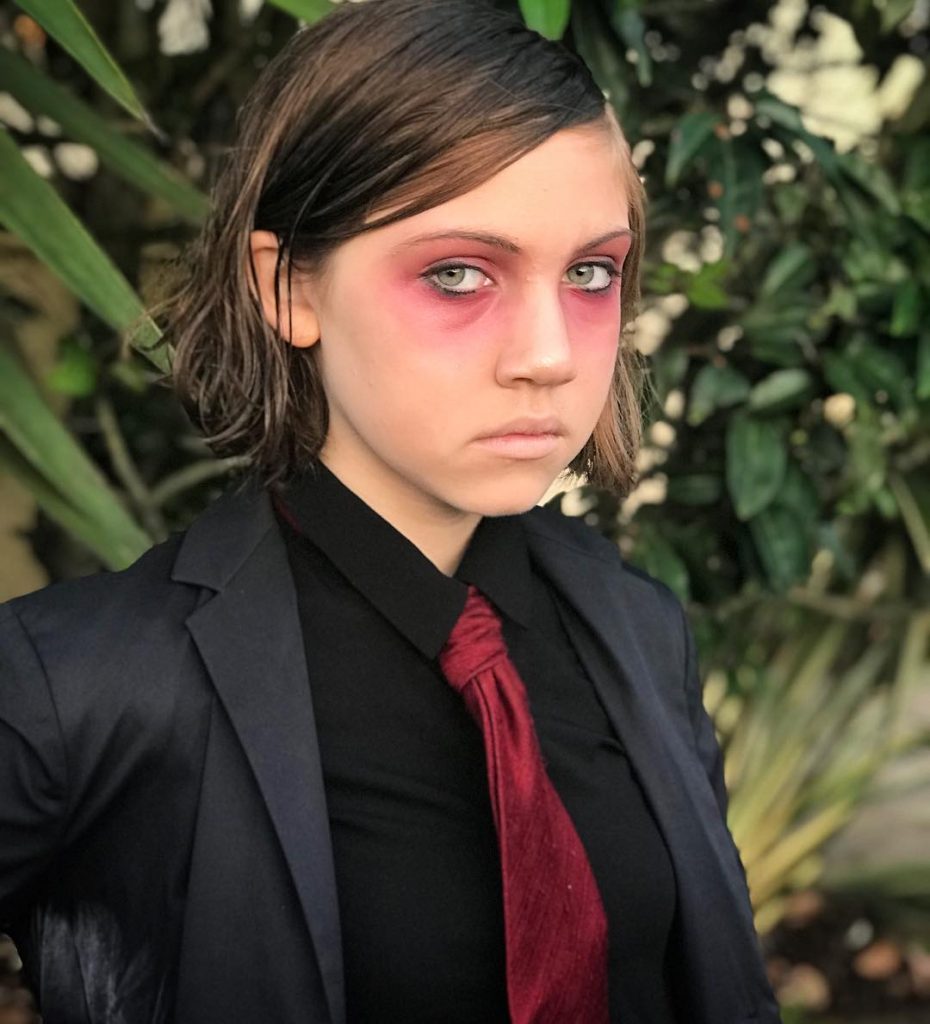 Gerard Way from My Chemical Romance costume via Sunny Chanel

You’re doing something right as a parent when you raise your tween daughter to even know who Gerard Way is, let alone want to be him for Halloween. Her mom is the co-founder of Wonder & Co, so I can’t say I’m totally surprised. (And I know it’s not very emo to say how cool she looks, but you know. I’m not very emo.) 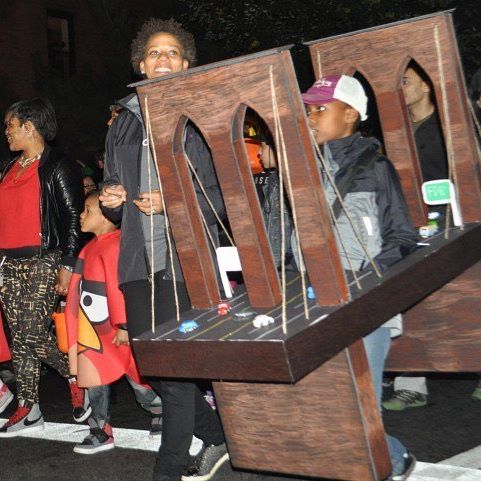 Wow, talk about commitment! This cool kid spent Halloween on the busy streets of Brooklyn dressed as our own iconic bridge. It’s practically actual size; though I’ve never seen such light traffic there TBH. I’m just hoping he didn’t to squeeze up and down too many brownstone steps to fill up his treat bag. 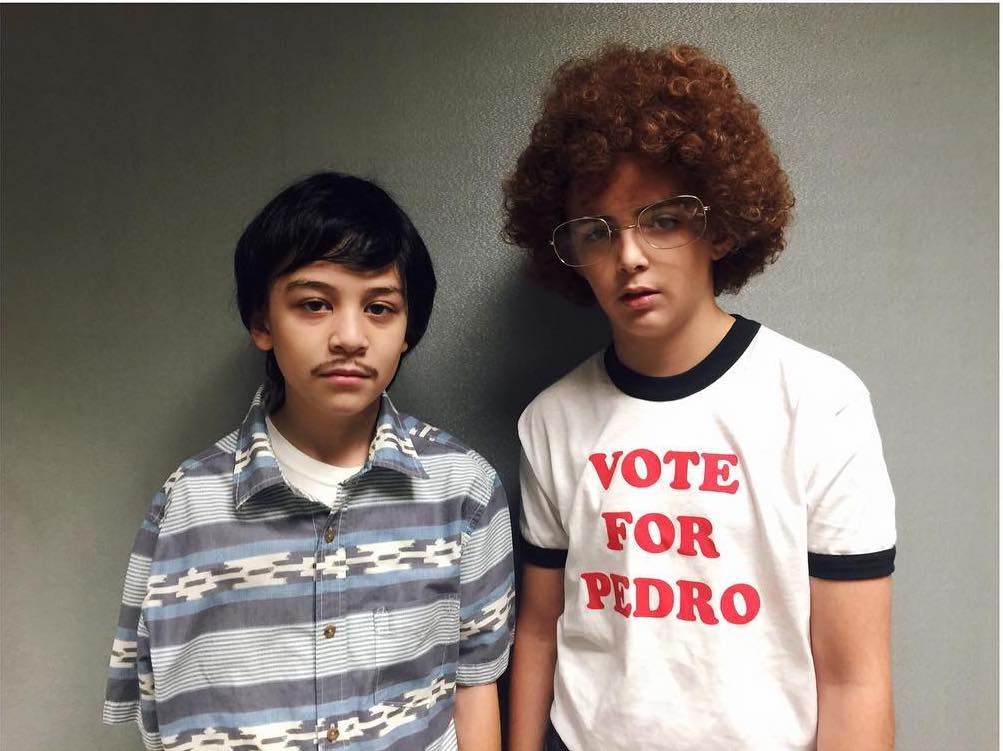 I would vote for Pedro right now. Just sayin’. Okay so maybe it’s cheating to choose my own kid’s Halloween costume, but I’m still blown away by my daughter Thalia, who was straight out of Heathers last night. That is, Heathers the Musical. (She hasn’t seen the movie…yet.) I can’t take credit though — she totally put together this costume with the help of her awesome grandmother. And yes, she did wear a red scrunchie when she actually went out.

I also have to note that both of my girls looked amazing for Halloween — but since Sage’s Eliza Schuyler costume was ready-made thanks to a talented Etsy seamstress, I can only give it an honorable mention.