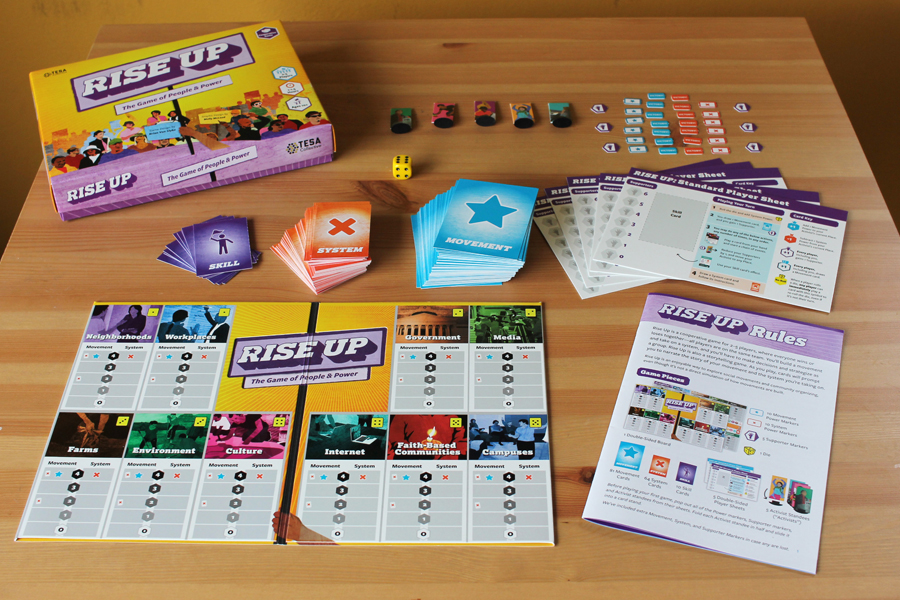 These are tough times, which is why now, more than ever, we need to remind ourselves – and teach our kids – to keep up the good fight about all the things we care about. But it can be exhausting getting inspired if you’re on a steady diet (by choice or not) of 24/7 cable news and your extended family’s Facebook political rants. My tip? Take a break, lighten the mood, and play a little to energize yourself.

While Monopoly or Cards Against Humanity (for the adults) are just fine, i actually found some social justice-themed board games that can both entertain and educate while you work to save the world.

Rise Up: The Game of People and Power

If the current state of our country’s politics was a board game, this would be it. Rise Up is about people coming together to form a movement to overcome oppression and beat “The System” — something which may sound familiar to those of you who may have shown up at a march or two over the past year.

In fact Rise Up is a pretty cool social justice themed game, in which players actually lead marches, write protest songs and strategize to fight for both real causes — stopping an oil pipeline — or make-believe ones — fighting for dragon rights.

The best part: The game has two versions, so that both adults and kids can play this game. Because if we’re going to make this country the one we want to hand to our kids, we’re going to need all the help we can get. 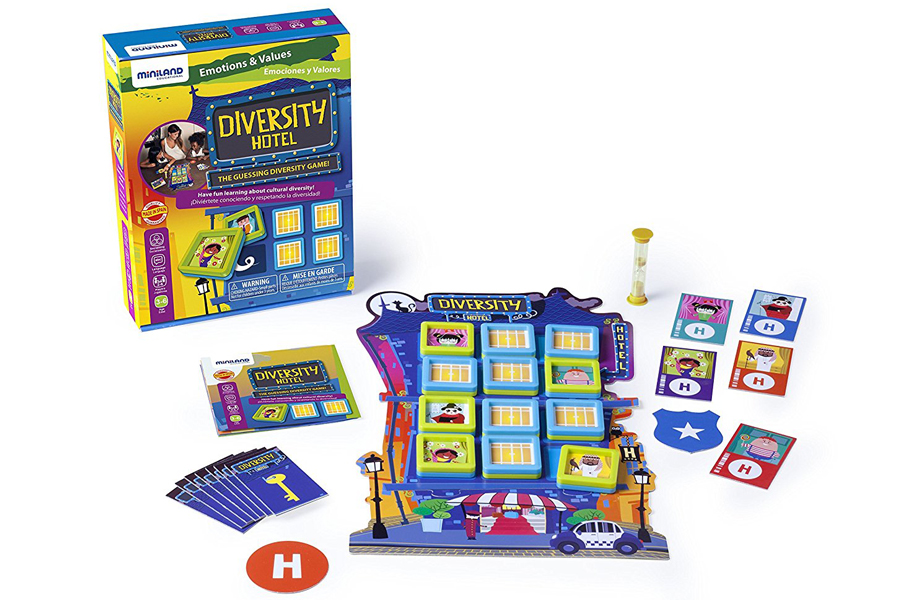 It’s never too early to teach kids about the beauty of diversity, respect for other cultures and protecting the rights of everyone. This game for the younger set (36 months – 6 years) uses a cast of friendly characters and a question and answer format to foster respect for diversity, stress the importance of equality and encourage and model friendly behavior. Maybe once the kids learn it, they can show certain adults how it’s done. 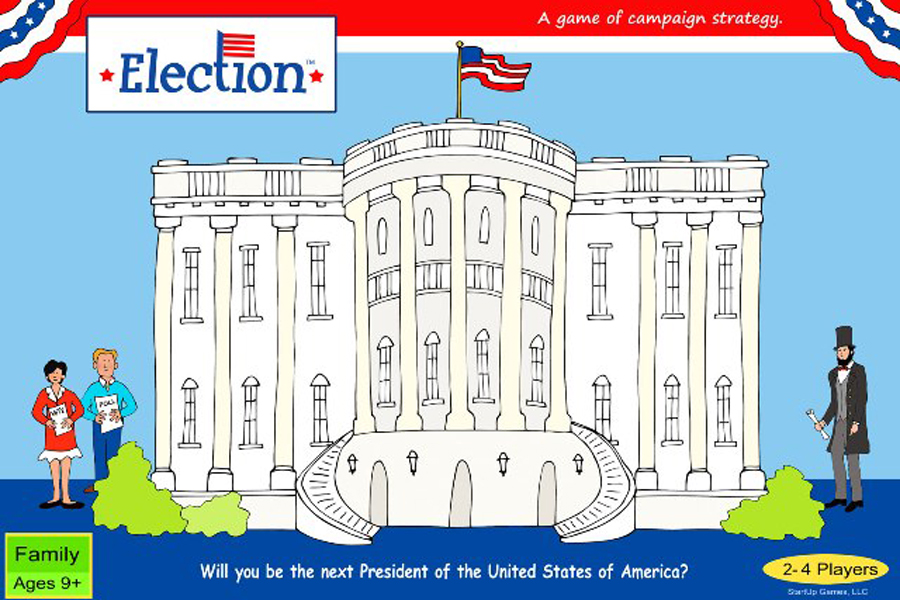 Election, the board game

Since one of the most important things we can teach our kids is to have your voice heard, it’s a great start to stress the importance of voting and and teaching kids about the process. Election is great for the whole family (reco is 9+), and the game allows players to plan campaigns, score votes and fight to become President of the United States.

See the mystery that is the Electoral College in action, and learn how it can propel you to the Oval Office. You’ll even have to carefully manage your campaign funds to – ahem – lawfully conduct your campaign. There’s even a “Dark Horse” candidate that wreaks havoc with their opponent’s campaign.

One complaint though: It would be nice to see a little more diversity on that cover, you know? 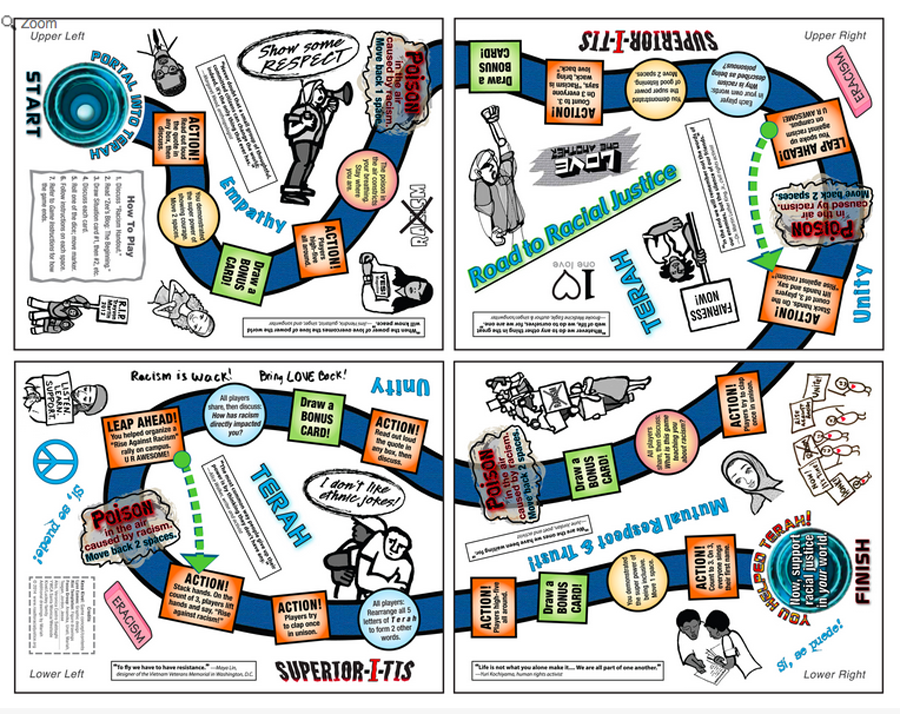 This downloadable board game is recommended for teens and adults in classrooms, but it seems like it could be useful at workplaces, family dinners and cocktail parties across the nation. Focusing on racism and white privilege, this social justice themed game helps players become aware that racism exists in many everyday situations and interactions; to learn in what ways they may be racist or how they marginalize people of color (probably unknowingly); and gives them tools to recognize and stop these situations. Or at least work towards that goal.

I must say that some of the “Action” spaces on the board are pretty corny (“On the count of 3, everyone say, Racism is wack, bring love back!) but the game cards that include sample situations provide terrific starting points for important discussions about racism and discrimination. I might need to start carrying a copy around in my purse. 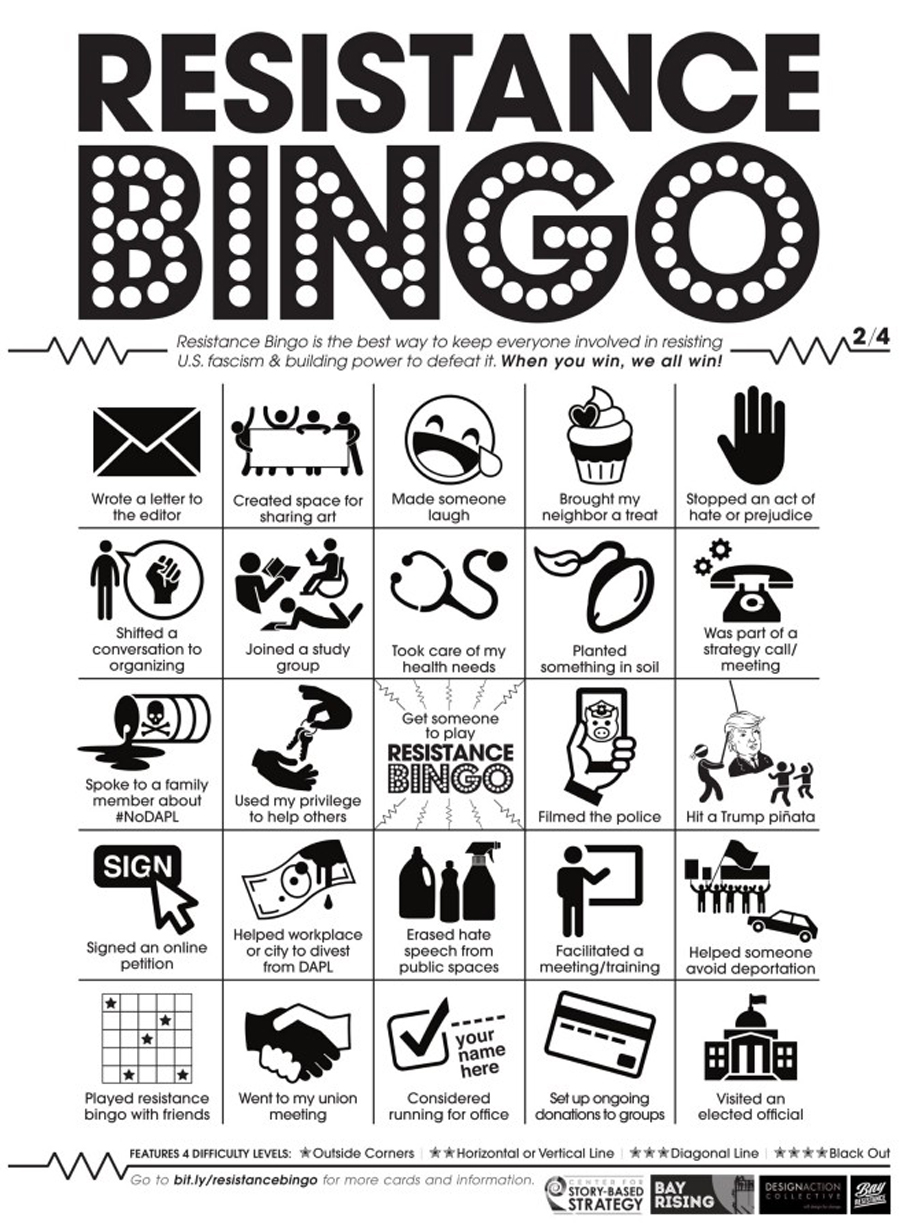 This ain’t your grandma’s bingo, friends! This free, downloadable game forces players to perform simple tasks to make the world a better place, and also to take action against social injustices they encounter. Keep other players updated on your progress as you fill up your card with completed tasks from “Created space for sharing art” to “Helped someone avoid deportation.” By the time you shout/call/post/text “RESIST!” you’ll have done a lot more to fight nefarious political forces than an entire room full of players at a bingo hall in Boca.

Marsha Takeda-Morrison is an LA-based designer and writer who covers pop culture, entertainment, life and parenting in Hollywood, and still finds time to cook -- and share the kinds of food photos that will make you hungry 24/7.
Bio
Twitter
Instagram