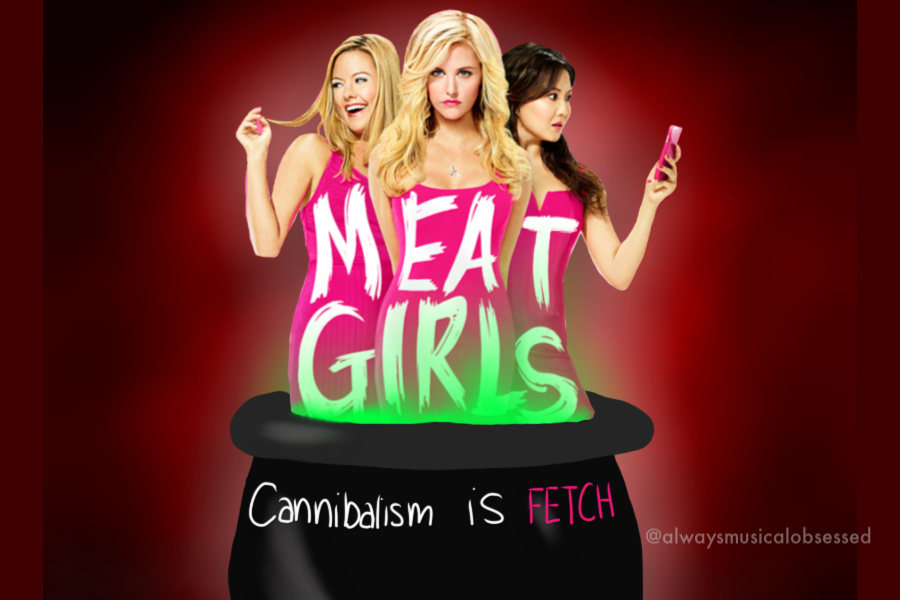 So that 13-year-old Broadway-obsessed kid? That would be my daughter. And after last year’s attempt to mashup Halloween with Broadway musicals, she improved on her artwork this year and taped it straight on our apartment door. So, proud mama that I am, I wanted to share what I think are the hilarious results.

And okay…so I may have helped a little. On a couple of them. But mostly because she hasn’t seen The Shining just yet. I may not be a regular mom, but not I’m not a crazy mom.

If you’ve got fans of Mean Girls (Thalia is going as Janis Ian this year), Hamilton, Frozen, Dear Evan Hansen, Be More Chill (uh…her second costume is Rich Goranski), Kinky Boots, and more, I really hope they’ll enjoy get a laugh out of these too. 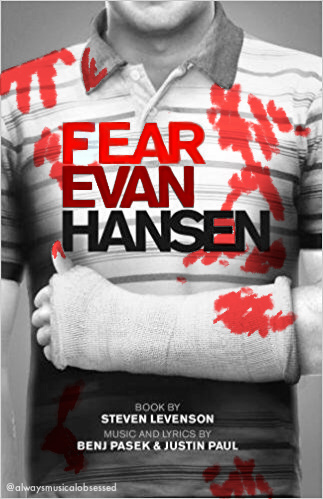 You will be bound? 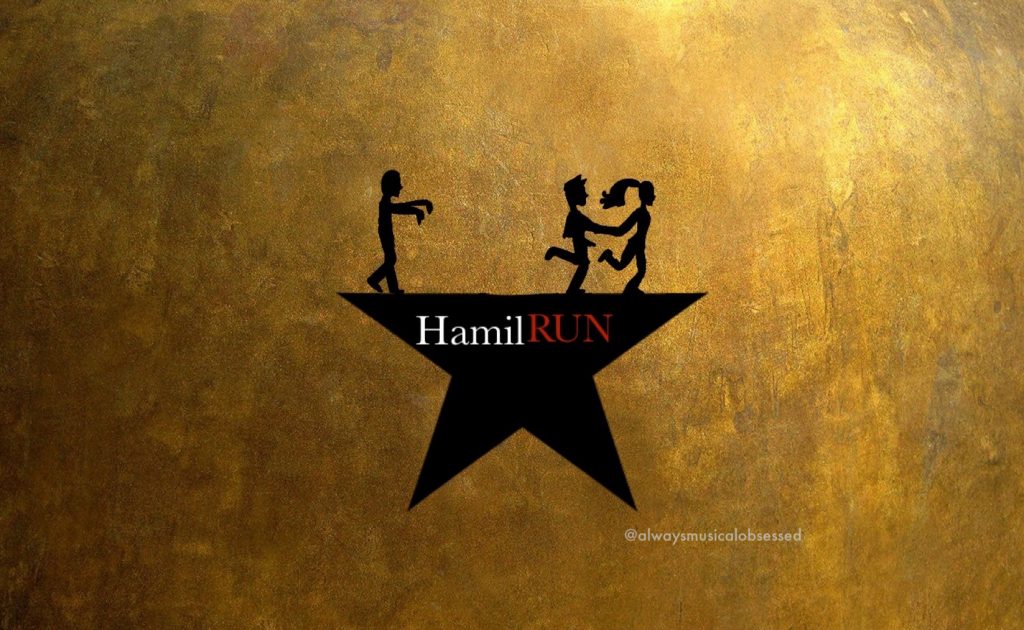 I want to be in the tomb where it happens… 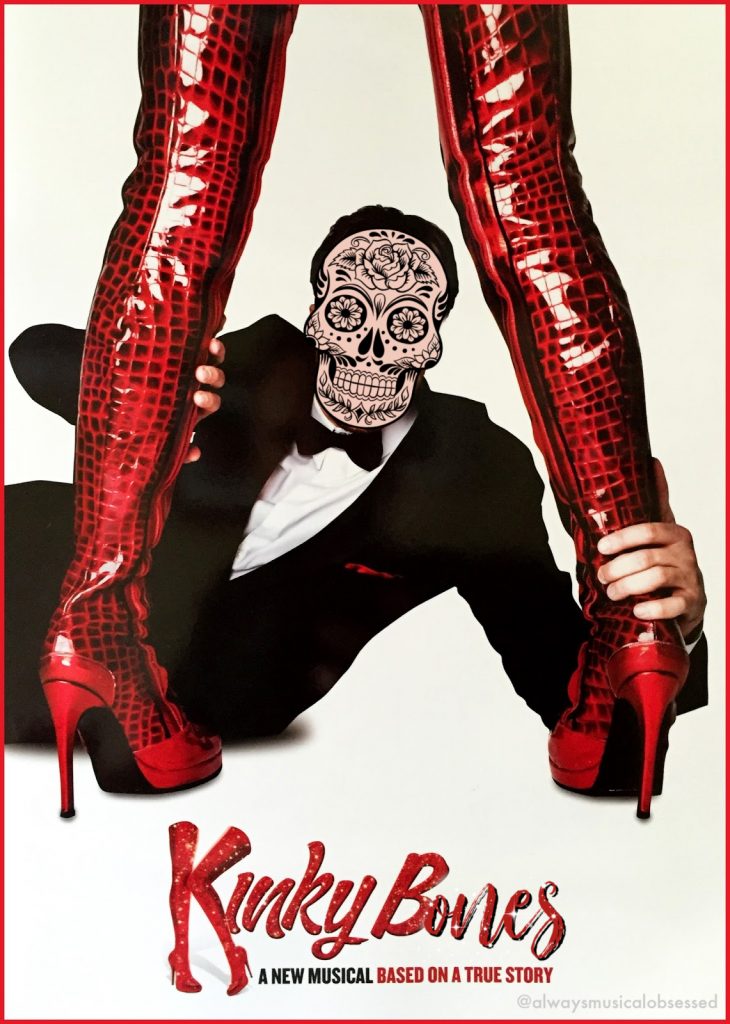 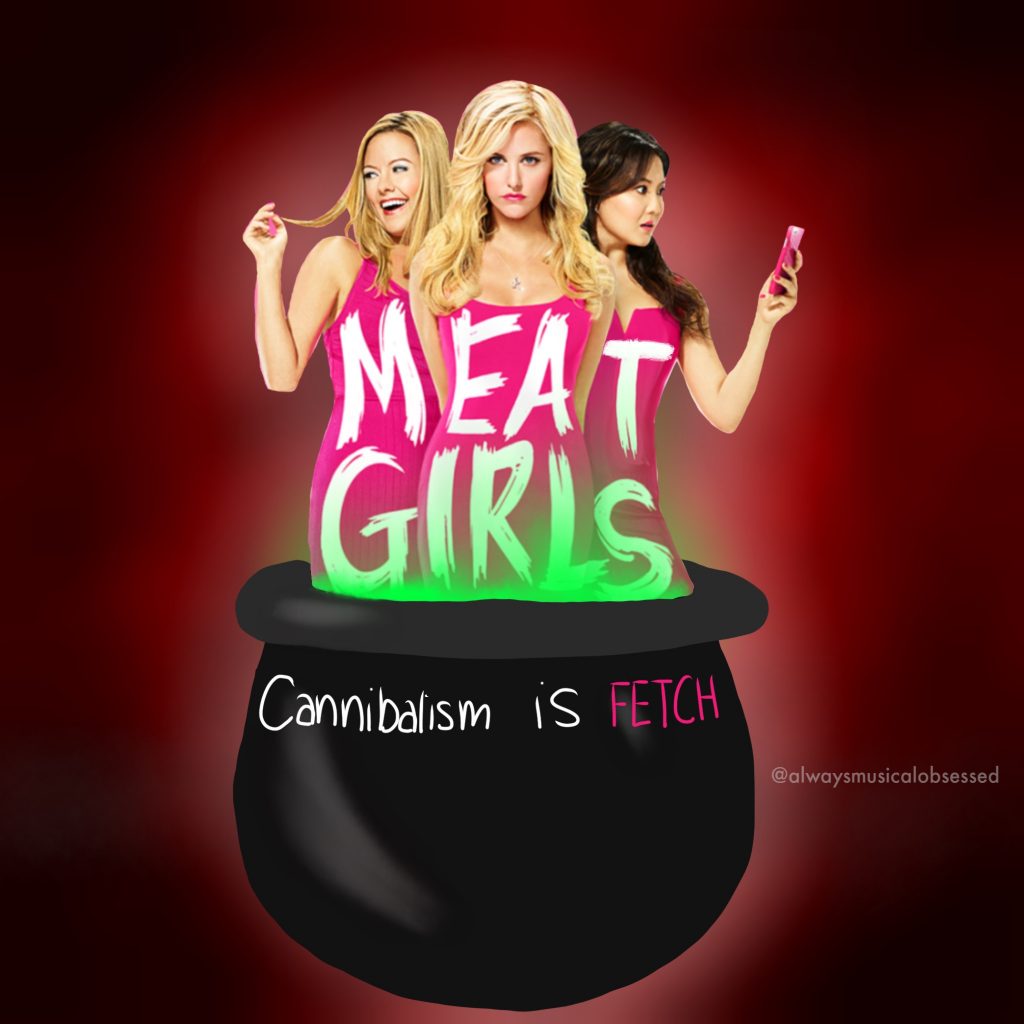 On Wednesdays, we eat plastics 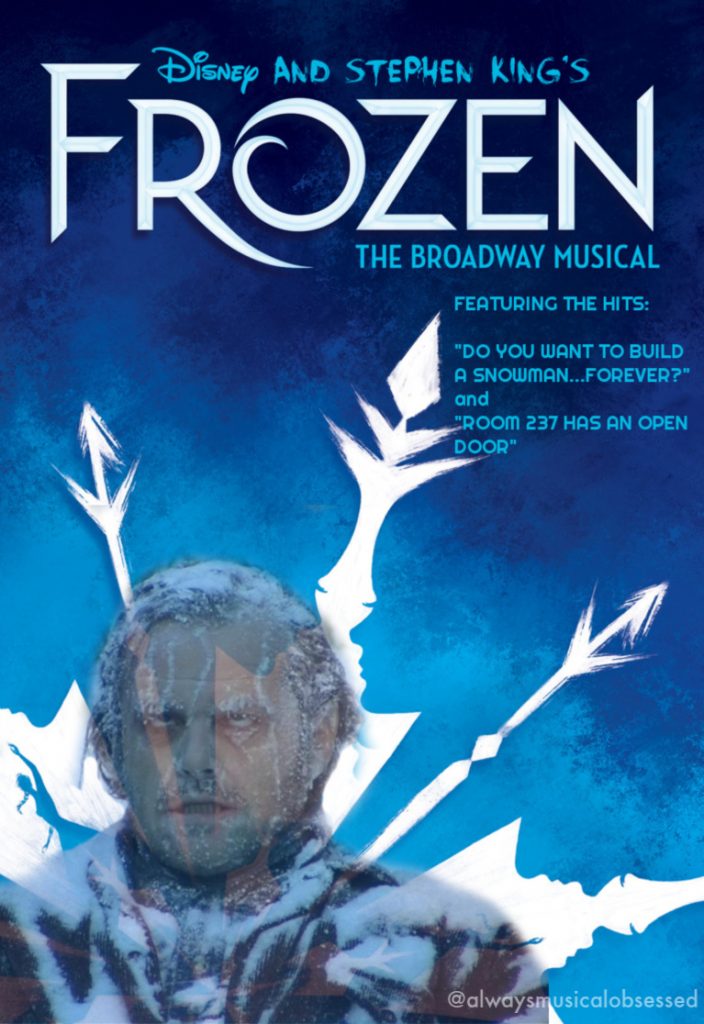 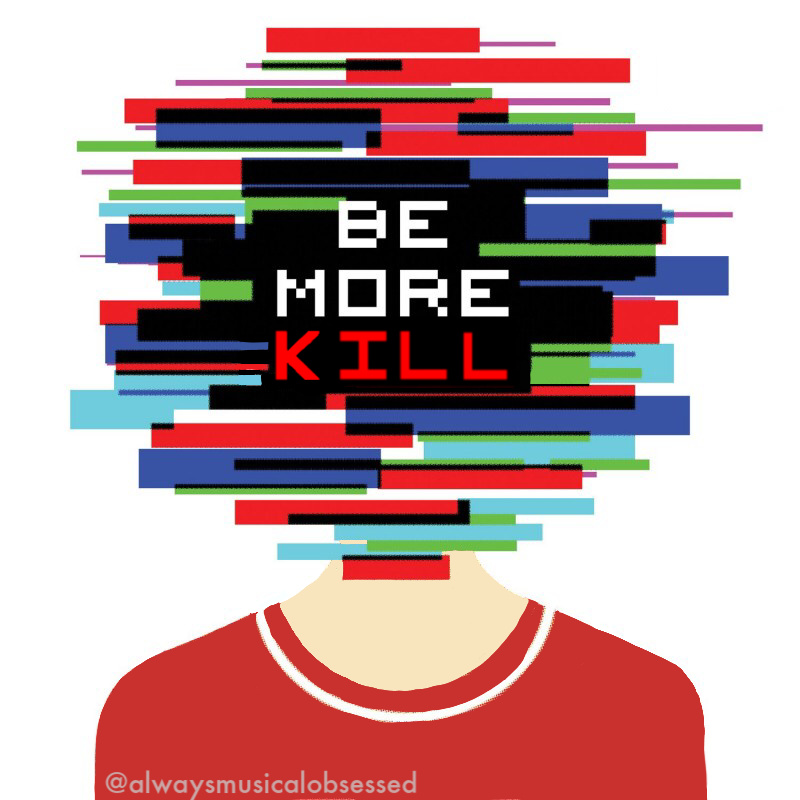 Related:Be More Chill: Your teen’s favorite musical that you’ve never heard of is coming to Broadway 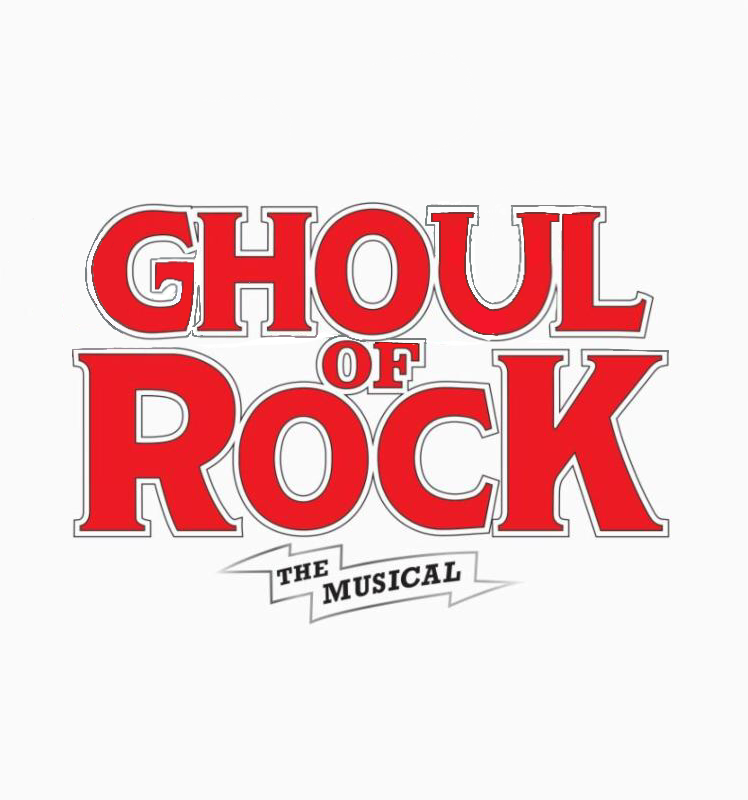 One more way to stick it to the man 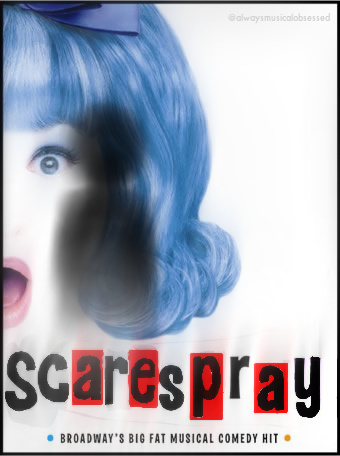 In which Amber reemerges in 2018 as a voter with “economic anxiety.” 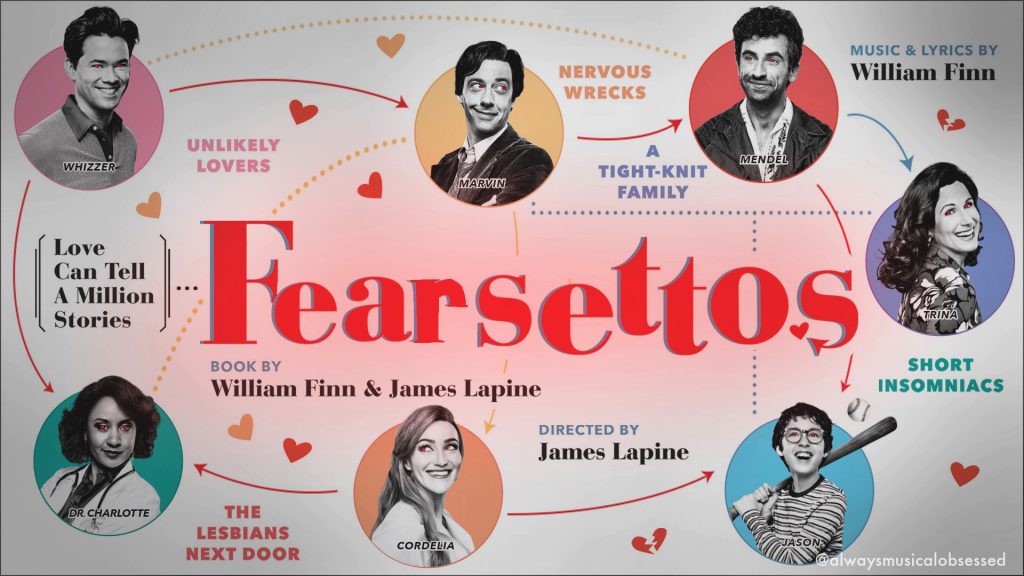 If you look closely, all their eyes are glowing red. And it’s not love… 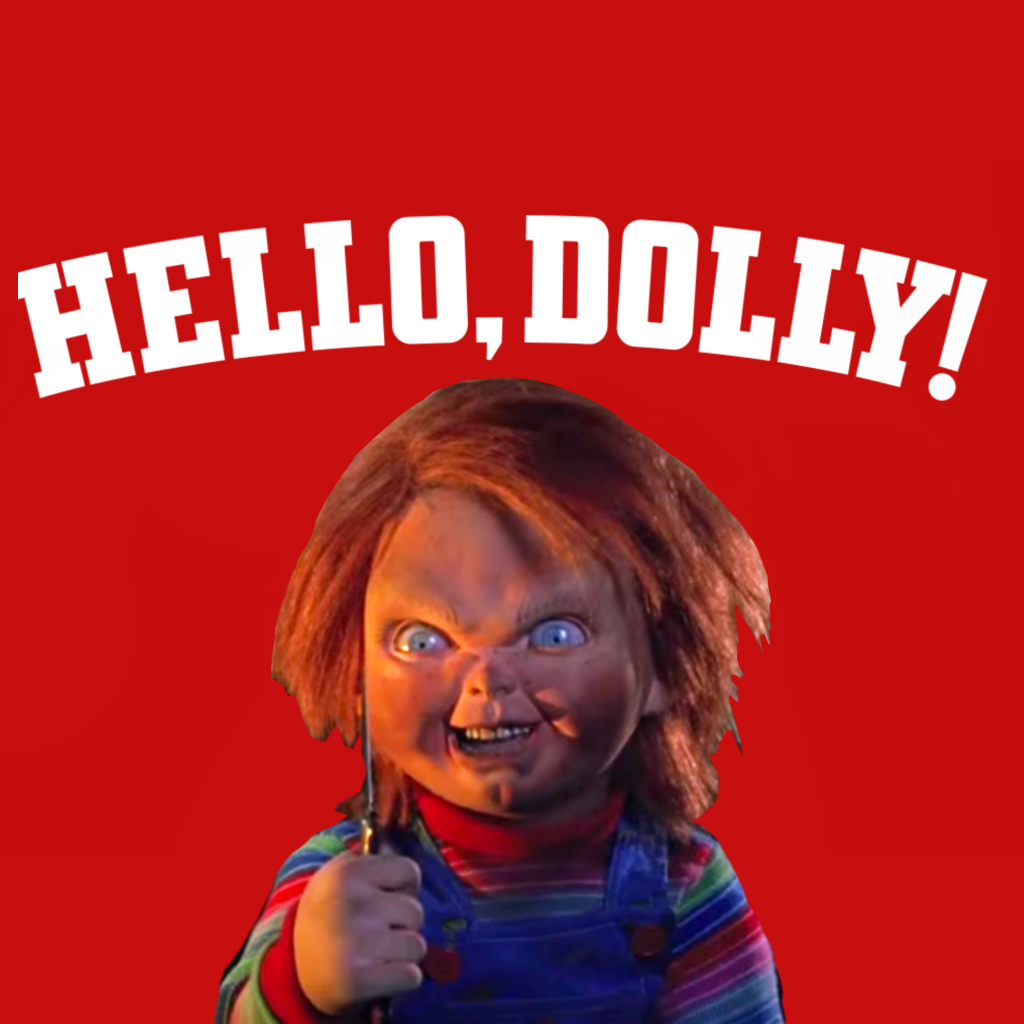 Too easy, I know 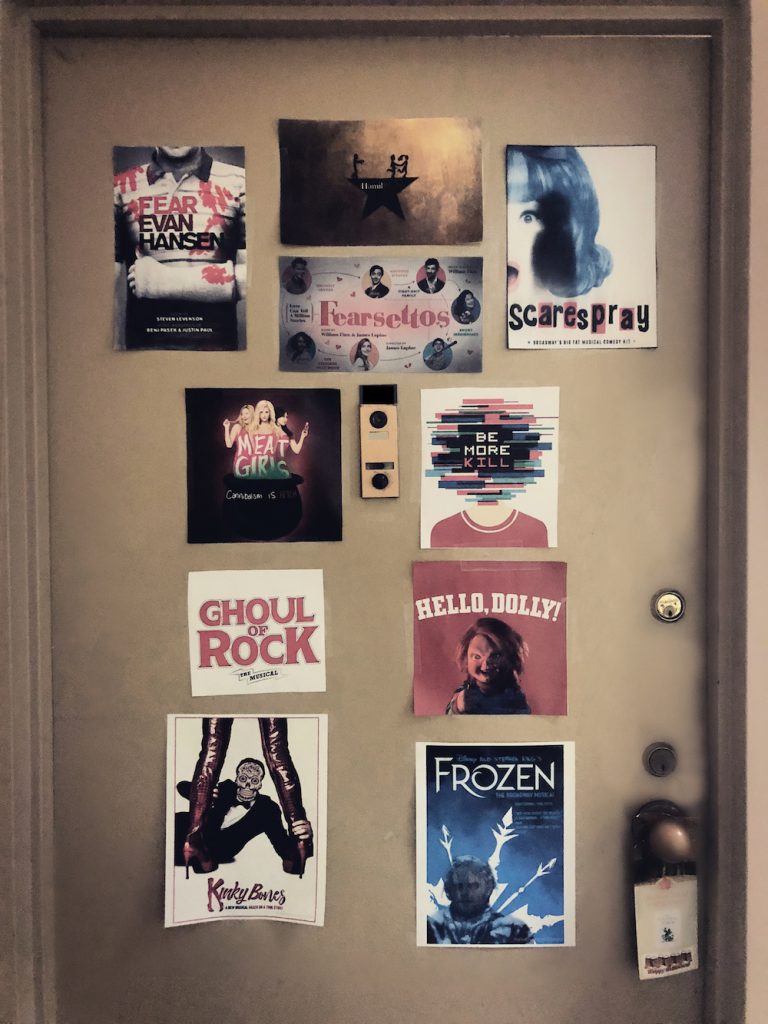 Now, we just need the pumpkins and spiderwebs!

Happy Halloween, cool parents! And thanks to the Broadway community for giving us so much to work with!