Tidying Up with Marie Kondo review: Does the new Neflix series spark joy? 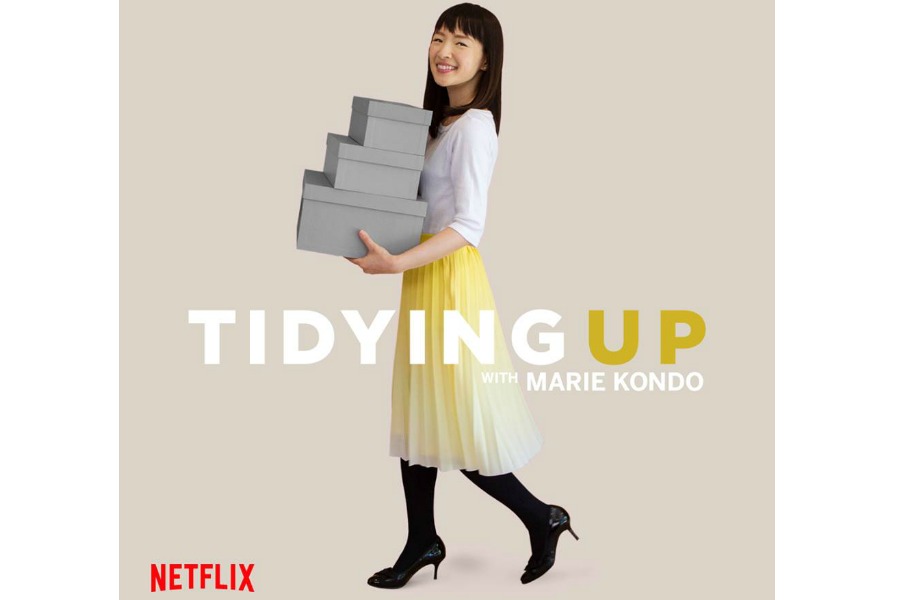 if you have ever “tidied” your home, said thank you to a book before putting it into the donate pile, or wondered whether that shirt you’re wearing still “sparks joy,” chances are you’ve been introduced to the Konmari method. And you surely already know about her new Netflix Original show Tidying Up with Marie Kondo.

If you’re wondering whether it’s worth your limited time to watch a show about a method you already know, I can help.

For background, Marie Kondo’s incredibly popular books The Life-Changing Magic of Tidying Up: The Japanese Art of Decluttering and Organization and Spark Joy: An Illustrated Master Class on the Art of Organizing and Tidying Up, definitely rocked my world, with her practical if sometimes quirky rules for creating a home you love, by getting rid of things that are creating clutter and weighing you down.

So I eagerly tuned in to see how motherhood had changed Marie, and also to see how she’d handle American-sized amounts clutter in her new Netflix Original series.

Related: Feeling overwhelmed? Try this one-thing-a-day method to stay organized. You got this! 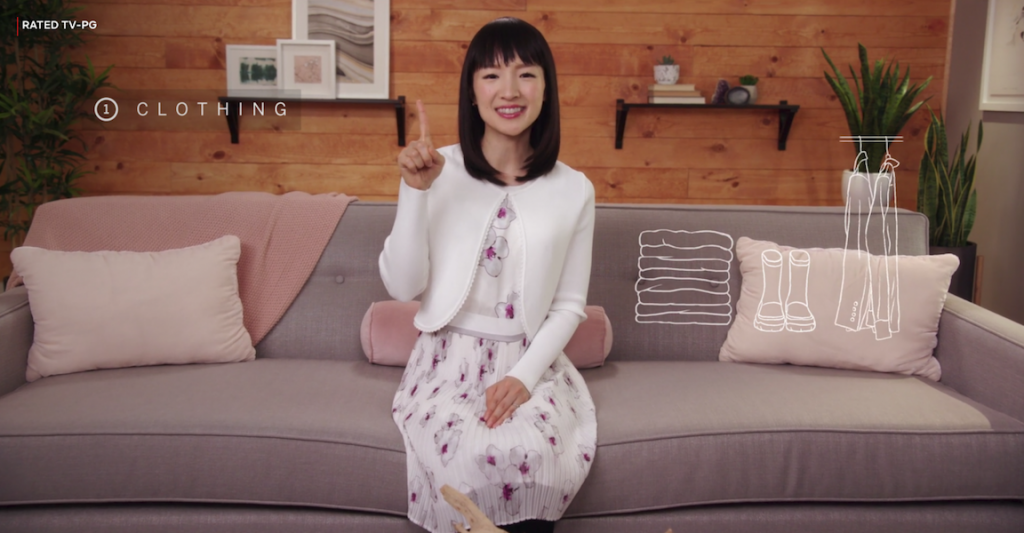 Spoiler: Marie does not look like someone who has ever spent a zombie-like day in stained yoga pants, unshowered, with bits of Cheerios in her hair. However she t does admit that her house gets messy at times. (Though that may be a relative term.)

Second spoiler: American clutter does not bother her in the least. In fact, the messier the space, the happier she became, often clapping in glee when faced with a towering pile of stuff to tidy.

In each episode, Marie arrives on the doorstep of a new family with her assistant, Fab Five style, only more like a sweet, smiling fairy who introduces herself to each home on her knees, and is going to make everything okay. She speaks very little English but, with the help of her assistant, gets everyone on board.

Unlike other before-and-after home makeover shows you may know,  instead of coming in and taking over, Marie Kondo calmly explains her rules, gets the family started on tidying their own home in the order outlined in her books (clothes, then books, papers, miscellaneous items, and finally mementos), and then waves a cheerful goodbye before she even breaks a sweat. She also pops back in about once a week to check on their progress and answer questions.

But, as in life, it is up to the homeowners to fold their own clothes, sort their own kitchens, clean their own garages. And, to their credit, they all do an amazing job. Which makes me feel like we can all do this too, even without a tidying fairy godmother over our shoulders. 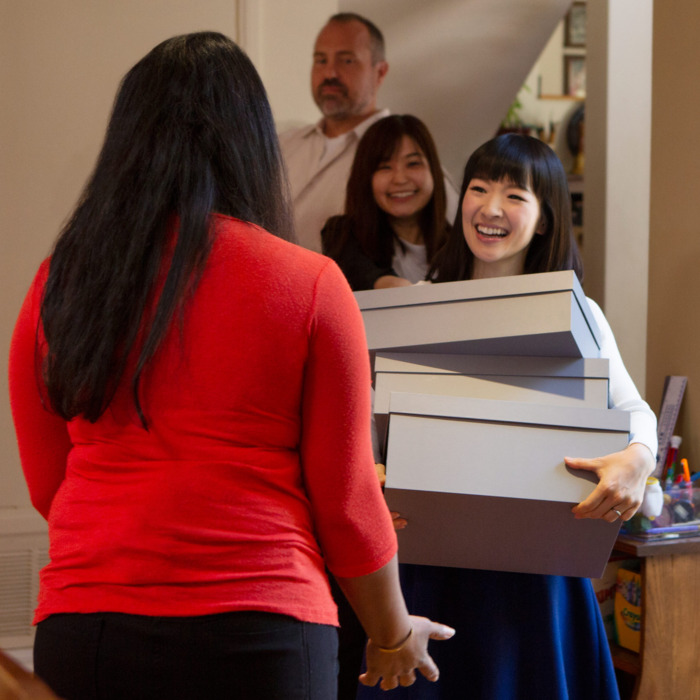 The diversity of families presented in this series nicely helps to demonstrate that the Konmari method can work in every household. There are parents of children dealing with exhaustion and clutter (can you relate?), an older retired couple who have let the years literally pile up around them, a new widow struggling to move forward after her loss, a young same-sex couple who wants to assure their parents that they are going to be okay after college.

It’s also a reminder that Marie’s rules are much less rigid than you might have thought from the book; she does not try to dictate what “sparks joy” for any of the families, but lets them decide for themselves.

Related: Decluttering tips from 5 top organization experts: Which is best for you?

Even children are shown how to sort and fold their own clothes and to identify what items they are ready to toss. As a parent, I really like seeing this, because it’s such an important skill for kids to learn.

(You’ll also see some vignettes of Marie with her adorable toddler daughter who is already learning about tidying and definitely not smearing jelly into her mother’s gorgeous pastel separates. But, I digress.)

After watching several episodes though I want to make one thing clear: If you really want to understand the Konmari method, you should read her first book,The Life-Changing Magic of Tidying Up: The Japanese Art of Decluttering and Organization. This how-to book is simply superior at spelling everything out and giving a clear explanation the how’s and why’s of her method.

The Netflix series is more voyeuristic fun, thought there are definitely some instructional parts that help clarify a few things I had been struggling to see in action — like a better way to fold my clothes.

So if you’ll excuse me, I have a date with a dresser.

Tune into Marie Kondo’s new Netflix series Tidying Up with Marie Kondo. Also, check out my book reviews of The Life-Changing Magic of Tidying Up: The Japanese Art of Decluttering and Organization and Spark Joy: An Illustrated Master Class on the Art of Organizing and Tidying Up which are great places to start before you watch the show.

If you’re a die-hard, there’s also The Life-Changing Magic of Tidying Up, now as a manga graphic novel.