Dr. Martin Luther King’s I Have a Dream speech in its entirety: Where to watch, and what to talk about with your kids 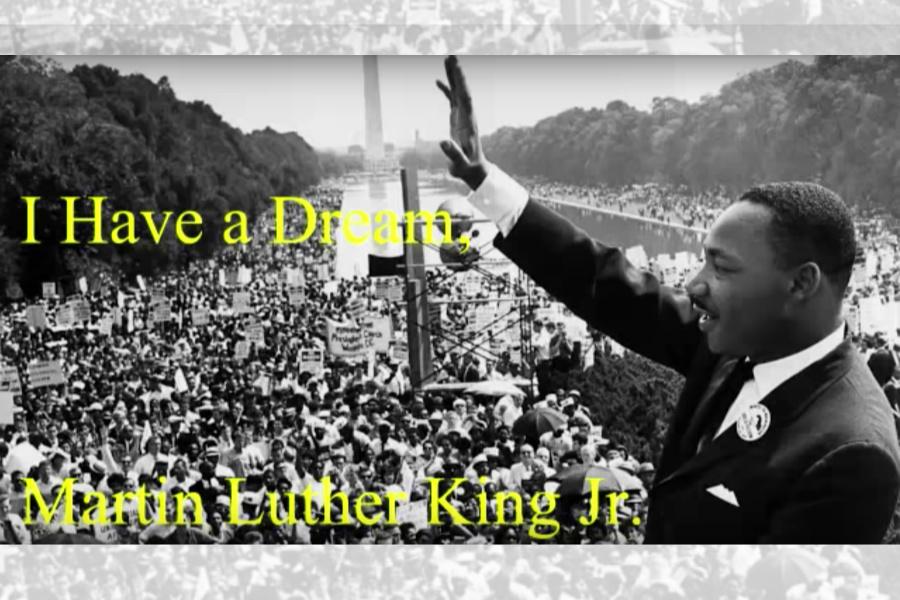 Today we commemorate Dr. Martin Luther King Jr’s life and legacy, as we have every year since we started this site. Over the years, we’ve shared plenty of excellent books, videos, resources, and websites to help kids understand the reason for MLK Day. And they are all still worth checking out today.

But this year I can’t think of anything better than sharing simply his own most famous speech, in his very own words, from 1963’s March on Washington.

Because I think that for the most part, we leave so many brilliant, essential lines out when we’re memorializing his speech, and lots of us never quite get past the line about Black children not being judged by the color of their skin. But there’s so much more.

Martin Luther King Jr’s I Have a Dream Speech: Full audio via Classical Media on YouTube

To me, there’s one line that seems to be the most under-appreciated, since it summarizes the entire point of the March for Jobs and Freedom:

There will be neither rest nor tranquility in America until the Negro is granted his citizenship rights. The whirlwinds of revolt will continue to shake the foundations of our nation until the bright day of justice emerges.

Another section that jumps out to me as still so terribly resonant in 2019:

It’s worthy to discuss with our kids how these ideas are still in play today.

We may not have “whites only” signs on restrooms per se, but we still have segregated schools, white employees threatening the life and livelihood of Black colleagues, and policies supporting white supremacy in the highest levels of our government.

(I also see plenty of people preaching Dr. King’s ideas about non-violence in some outrageously misguided attempt to dismiss the Black Lives Matter movement and related protests and civil actions.) 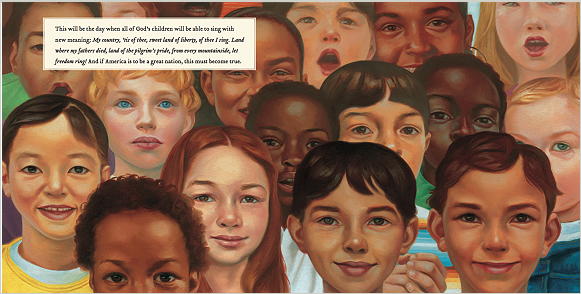 Kadir Nelson’s I Have a Dream book is another beautiful place to find Dr. King’s speech written out with beautiful illustrations

So if you do anything today to honor Dr. King’s legacy, watch the speech with your kids. Here it in his own words. Hear the response from the crowd of 25,000 people.

If you are a parent of white children in particular, as I am (and I know many of our readers are), I’d also suggest asking them about the passage in which Dr. King calls upon white allies, stating that many of our white brothers, as evidenced by their presence here today, have come to realize that their destiny is tied up with our destiny, and they have come to realize that their freedom is inextricably bound to our freedom. We cannot walk alone.

All it takes is asking your children, “what do you think he means by that?”

You’ll be amazed at how kids pick up things we may not have even considered ourselves, and the incredible places a discussion can lead.

If you want to read the entire text of the speech, this version via the Martin Luther King Jr.Research and Institute at Stanford University is easy to read. Or download this copy from the National Archives (PDF).