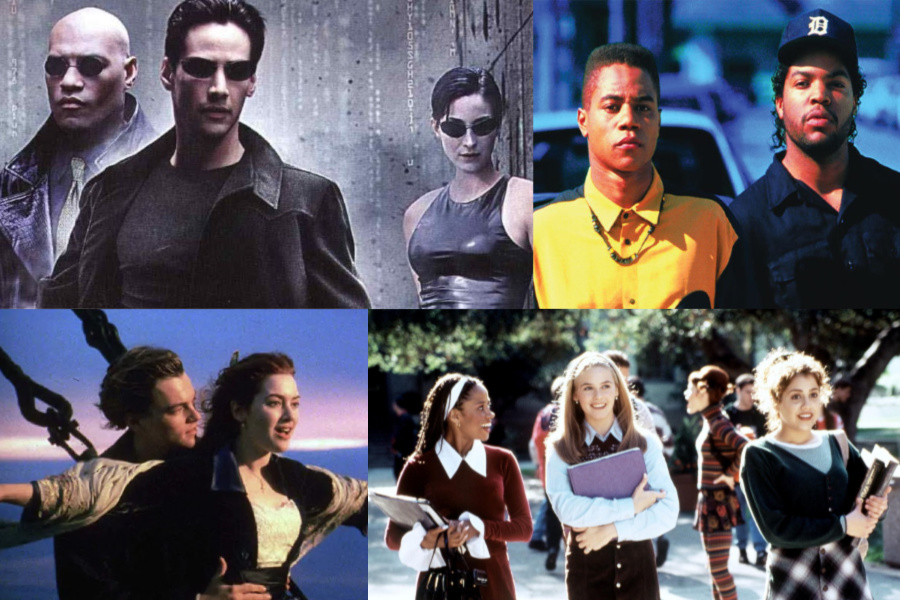 It’s March Madness time, and here’s to all of you basketball-loving fans and your brackets and illegal but highly enjoyable betting pools! For those of you however who’d like the fun of a bracket competition without the basketball, we’ve put together your very own free printable March Madness, 1990’s Movie Edition Bracket. 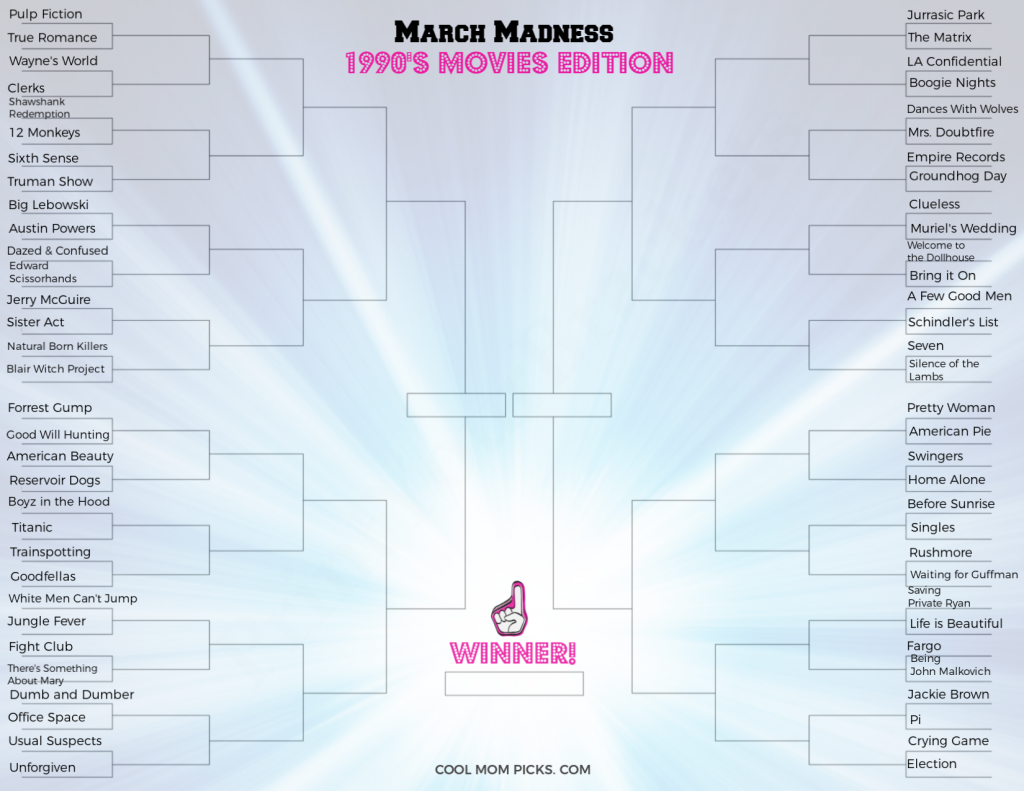 1) Oof, do you know how hard it is to narrow down an entire decade of great movies to just 64? Needless to say a few of your favorites won’t be here and feel free to let us know about it. We can always use more movies for our queues.

2) In an effort to keep it to 64, we also removed all kid-targeted and and animated films, with apologies to Toy Story, Babe and The Lion King. (We love you anyway though!)

3) We also made some completely subjective eliminations of fan-favorite but critically meh releases like Starship Troopers and Tommy Boy — but that also makes room for more indie picks for all of you serious film buffs. (Is there anyone out there who could end up with Pi in the number one spot? I bet there is!)

4) While some of the men starring in or directing some of the best films of the 90s are decidedly cancelled, we made the decision that it would be up to you to eliminate them. Or not. Say you want to cross out…Usual Suspects in the first round with a giant black Sharpie? Totally your call, no explanation needed.

5) We dedicate this March Madness movie bracket to Luke Perry (RIP), who we loved with all our 90’s hearts. And while he was known best for his small-screen roles, keep an eye out for him in the fabulously cool 1997 sci-fi film, The Fifth Element. (Which totally would have been the 65th entry on this bracket if that were a thing.)

Related: Where to stream the 2019 Oscar nominated movies, and which ones to watch with your kids

Now go ahead, and print, hand out to friends, host a late 20th-century movie smackdown party, or just kill time with something besides a Buzzfeed quiz that’s also collecting all your personal data.Kidding. Sort of.

Or, just use it to fill up your Netflix and Amazon queues — should you need an alternative while someone else is monopolizing the other TV with college basketball from March 17 until April 8.

Printable for personal use only, obvs.