Want a Harriet Tubman $20 bill? Here’s how to make your own, legally. 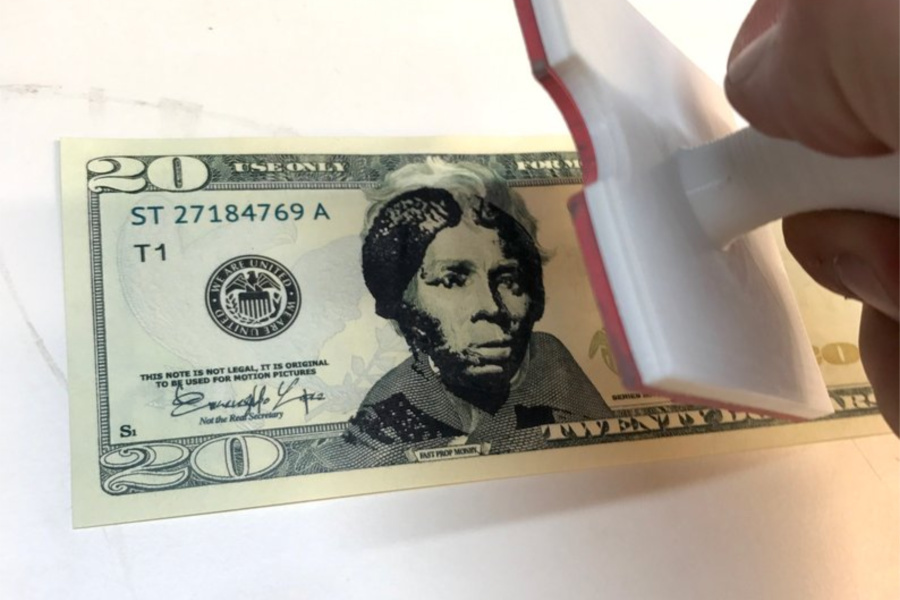 Artist Dano Wall is blowing up the internet with his 3-D printed Harriet Tubman $20 bill stamp. It’s designed to fit perfectly where  her portrait was slated to replace Andrew Jackson’s portrait in 2020, as decided in part by popular vote – and possibly thanks to a recommendation from an 11-year-old girl.

It was designed to honor of the 100th anniversary of the 19th amendment.

That is, it was supposed to do that. Until the current administration decided to “delay” the process due to… reasons.

Related: How mothers are shaping the future of the country

Audra McDonald summed up those reasons pretty well, I think.

I can’t qwhite put my finger on why this is happening. https://t.co/cShXbU7yyK

Jasmine Weber at Hyperallergic has an excellent summary of Dano Wall’s stamp initiative, and how it’s already raised more than $3000 for charities. He stated to her that his lofty goal is “to hit 5%–10% of the $20s in circulation, at which point it would be difficult to ignore.”

That’s a minimum of 4.8 million bills. 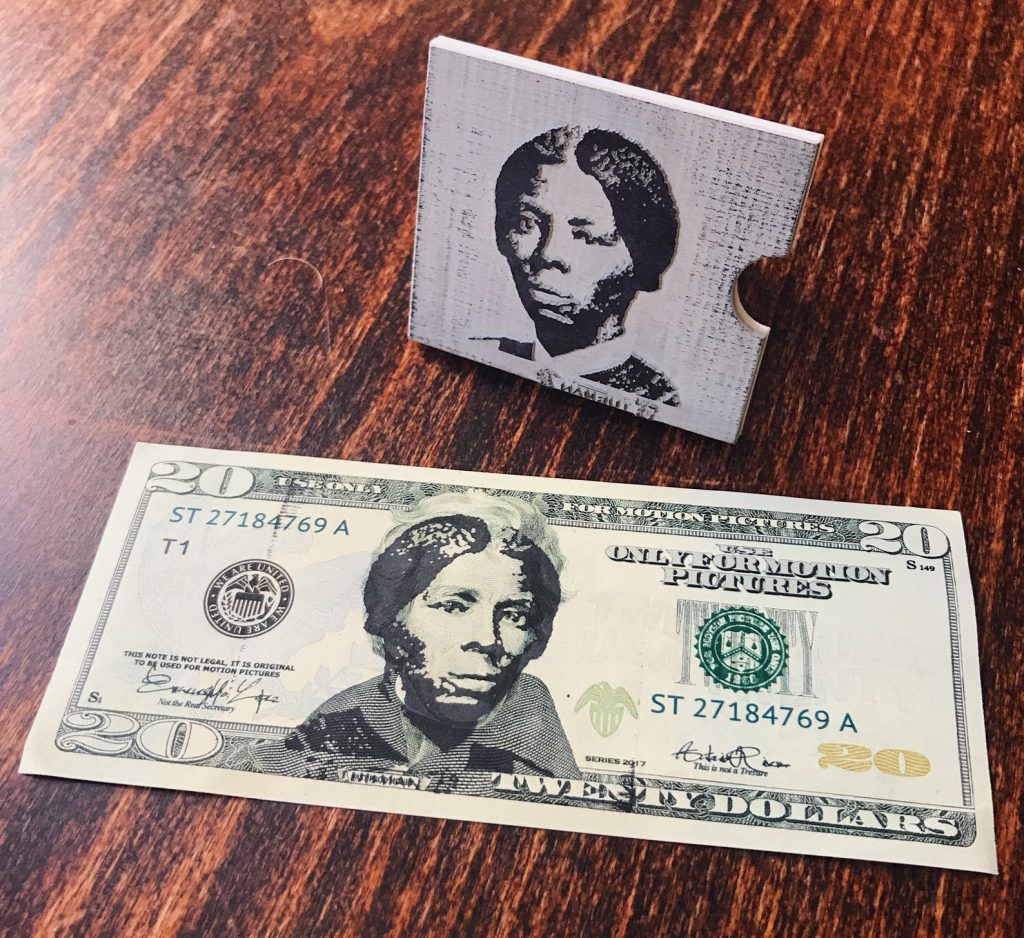 Ready to get stamping? You can make your own 3-D printed Harriet Tubman stamp (with a few creative commons restrictions) or you can purchase one at his Etsy shop for $20 or as I’d like to think of it, one Tubman.

I actually just signed up for restock updates, since it’s flying off the shelves this week.

My kids were so excited to finally have US bills honor someone who isn’t white and/or male, and Harriet Tubman was a perfect choice. And I know that for millions of kids, seeing more diversity on the bills we handle every day would be really, profoundly meaningful.

Instead, we’ve got more years of looking at Andrew Jackson, whose resume includes abusive slave owner (even in the White House), brutal colonizer of Native American lands, unyielding anti-abolitionist, and the catalyst for thousands of Native murders along the Trail of Tears — even defying the Supreme Court’s 1832 ruling that Indian nations were sovereign nations.

He is literally everything that Harriet Tubman was fighting against. And I think it’s important that as we become more educated and enlightened, that we are willing to evolve our heroes and honor the right ones appropriately.

So, I know whose face I’d rather see on the $20 bill. Or anywhere, really.

The stamp is based on an 1868 portrait of Harriet Tubman now hanging in
the National Museum of African American History & Culture in Washington DC.

Or hey, if you want to look at a picture of Andrew Jackson, visit the Oval Office where the current resident has his portrait hung proudly. (Reasons.)

If you’d rather look at Harriet Tubman more often, I suggest  you check out Dano Wall’s Harriet Tubman $20 bill stamp from the Tubman Stamp Etsy shop.

Every great dream begins with a dreamer. Always remember, you have within you the strength, the patience, and the passion to reach for the stars to change the world. – Harriet Tubman

Note: Did you also know that former Secretary of the Treasury Lew, under President Obama, had also announced that the back of the new Hamilton $10 bill would feature an image of the march for suffrage, honoring Lucretia Mott, Sojourner Truth, Susan B. Anthony, Elizabeth Cady Stanton, and Alice Paul?  The back of the Lincoln $5 bill was to honor historic figures involved in famous events at the Lincoln Memorial, including Marian Anderson, Eleanor Roosevelt and Martin Luther King Jr.

Not holding my breath for those changes in the next year or so either.

It’s really not hard to condemn bigotry and raci