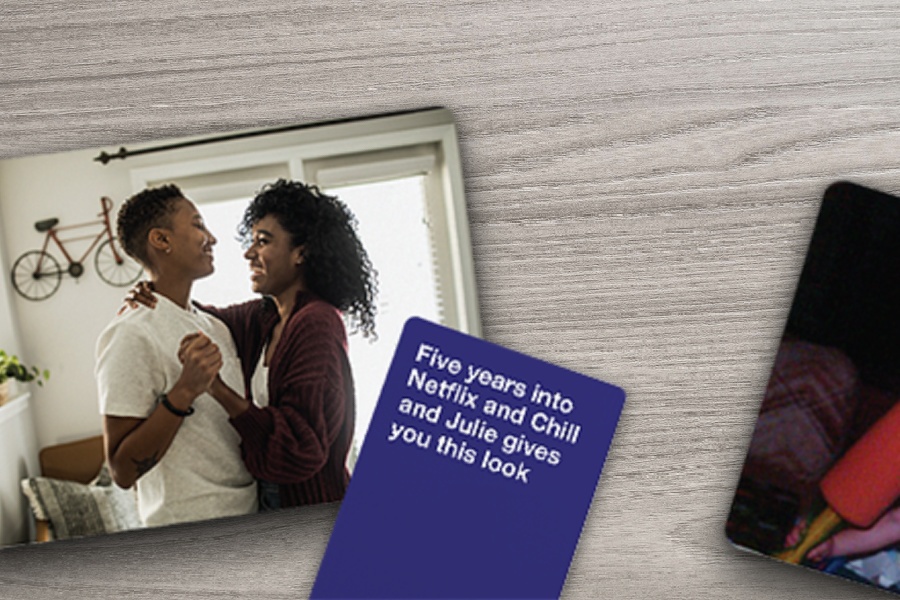 Here’s what I suggest for the weekend: Entice your teens out from their bedrooms for a hilarious family game night using your set of What Do You Meme? game cards. Only surprise them when they open the box, to find that you’ve booby trapped the deck with photos and jokes about your own family.  All it takes is the new What Do You Meme? Custom Cards and we are so excited about these.

For under $20, it’s a great way to laugh at all the people you’ve been stuck at home with for almost a year.

If you aren’t familiar with the classic What Do You Meme? game, it’s played like Cards Against Humanity, Not Parent Approved, Superfight, or Apples to Apples. Players are given a set of caption cards, and they select the one they think goes best with one photo card. Players take turns as judge to choose the caption that they think goes best with the photo (you’ll recognize most of them if you’ve ever been on social media), to create a viral meme-worthy combo.

But now, you have the ability to make the photos and caption cards even more personal and cringeworthy. 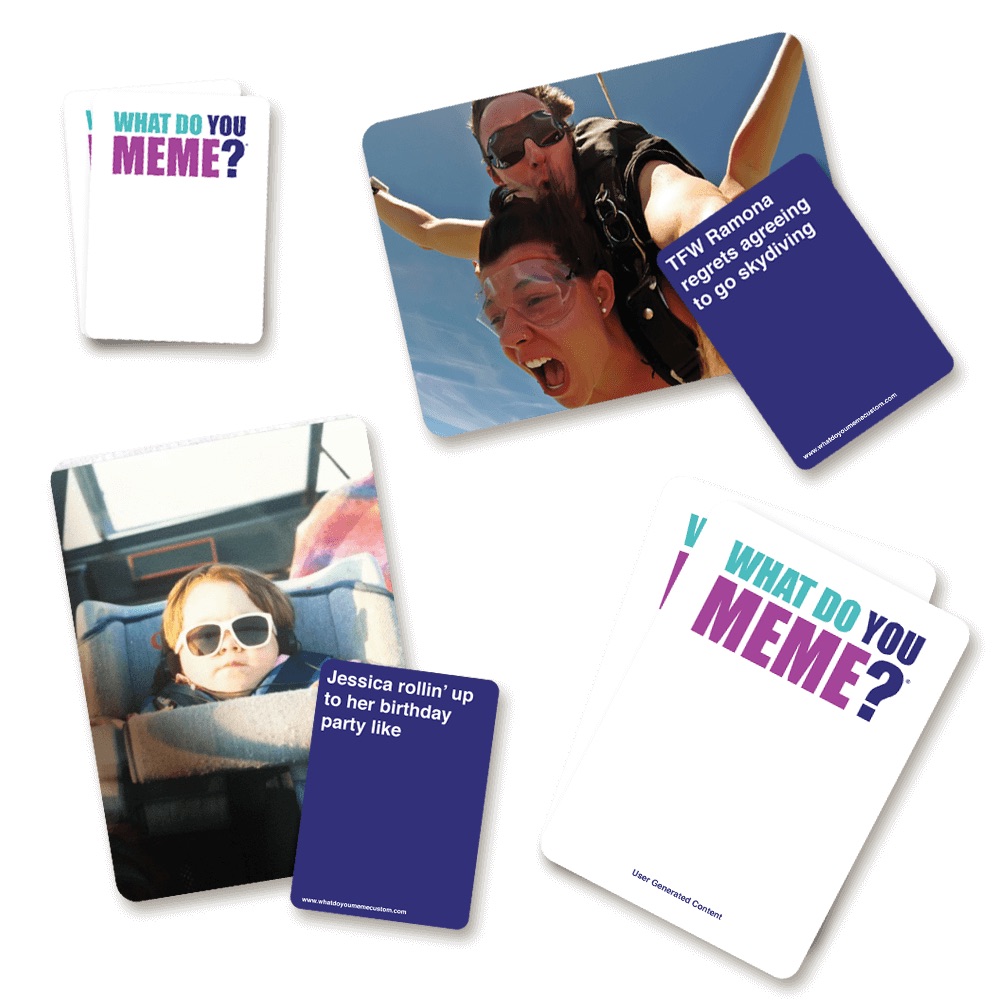 Just upload embarrassing photos (7th grade school photos, your crying toddler, or slack-jawed sleeping teen perhaps?) and write some personalized caption cards that reveal some inside family jokes or funny sayings. Once you have 15 total, order a set of cards from the company’s website, then slide them right into your standard WDYM? deck.

You can choose all photos, all captions, or any combination you’d like, or keep going in groups of ten if you really want to personalize your deck.

Just know that as far as the original deck’s maturity and humor, it’s rated 17+ for a reason — but this is dependent on how you feel about sharing jokes with your teens about sex and public intoxication, and whether they even get the meme photo references in the first place. I can tell you that some of our own team members here love it with their 13+ kids. Even if those kids wouldn’t be too happy knowing we have candid photos of them hiding on our camera rolls that they never got to “approve.”

Find the new What Do You Meme Custom Cards starting at $19.99 for the first 15 custom cards, then $9.99 for each group of 10 after that. But be sure to include plenty of cards to embarrass you parents too, because then the game will be priceless. You can find the original What Do You Meme? card deck and variations from our affiliate Amazon, or shop your local bookseller or specialty store that sells cool games.

You’ve been there... ALL THE POTTERY your kids b