From Elle Woods to Fresh Prince: 12 of the best 90s Halloween costumes for kids 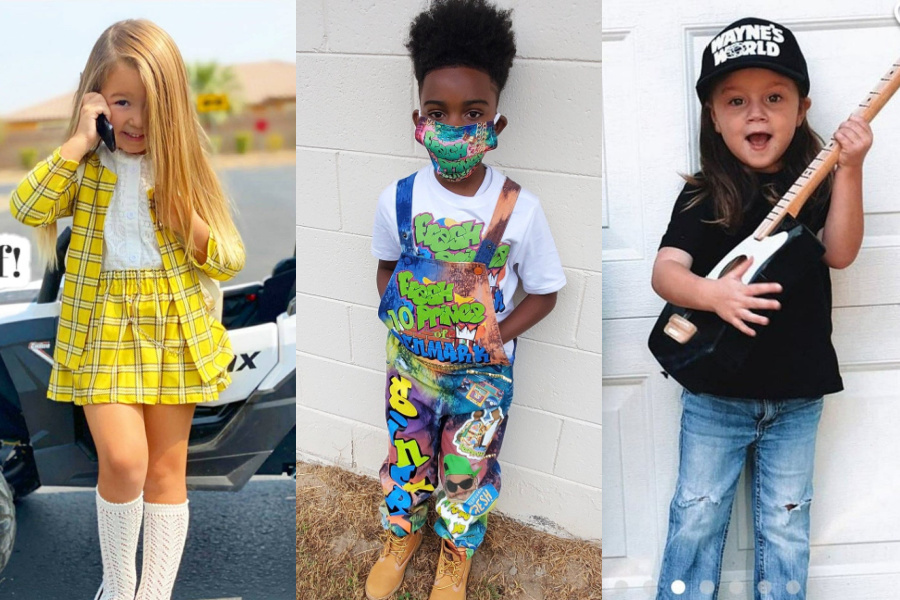 For my fellow millennial parents who need a laugh, I present these hilarious 90s throwback Halloween costumes for kids, all inspired by the decade of our misspent youth. We’ve got Fresh Prince! Wayne’s World! Clueless! As if… you couldn’t tell (see what I did there?) I had the best time re-living my 90s/early aughts cultural legacy so that I can educate my kids about it.

Also about why I never shut up about Britney Spears exercising autonomy over her life and body. #freebritney

Bonus, you can buy all of these 90s Halloween costumes for kids right from independent makers on their Etsy shops (and skip the plastic-y mass-produced stuff).

So if you ever wore a baby polo tee, over plucked your brows, rocked some Timberlands (not for hiking) or straightened your hair into oblivion, these 90s costumes are for you.

And now, for our kids.

This post contains affiliate links, which means we may receive a small commission from certain purchases to help support the work we do at no additional cost to you.Thank you for your support!

Related: 23 wildly cute baby Halloween costumes on Etsy that will make you want many babies to dress up. 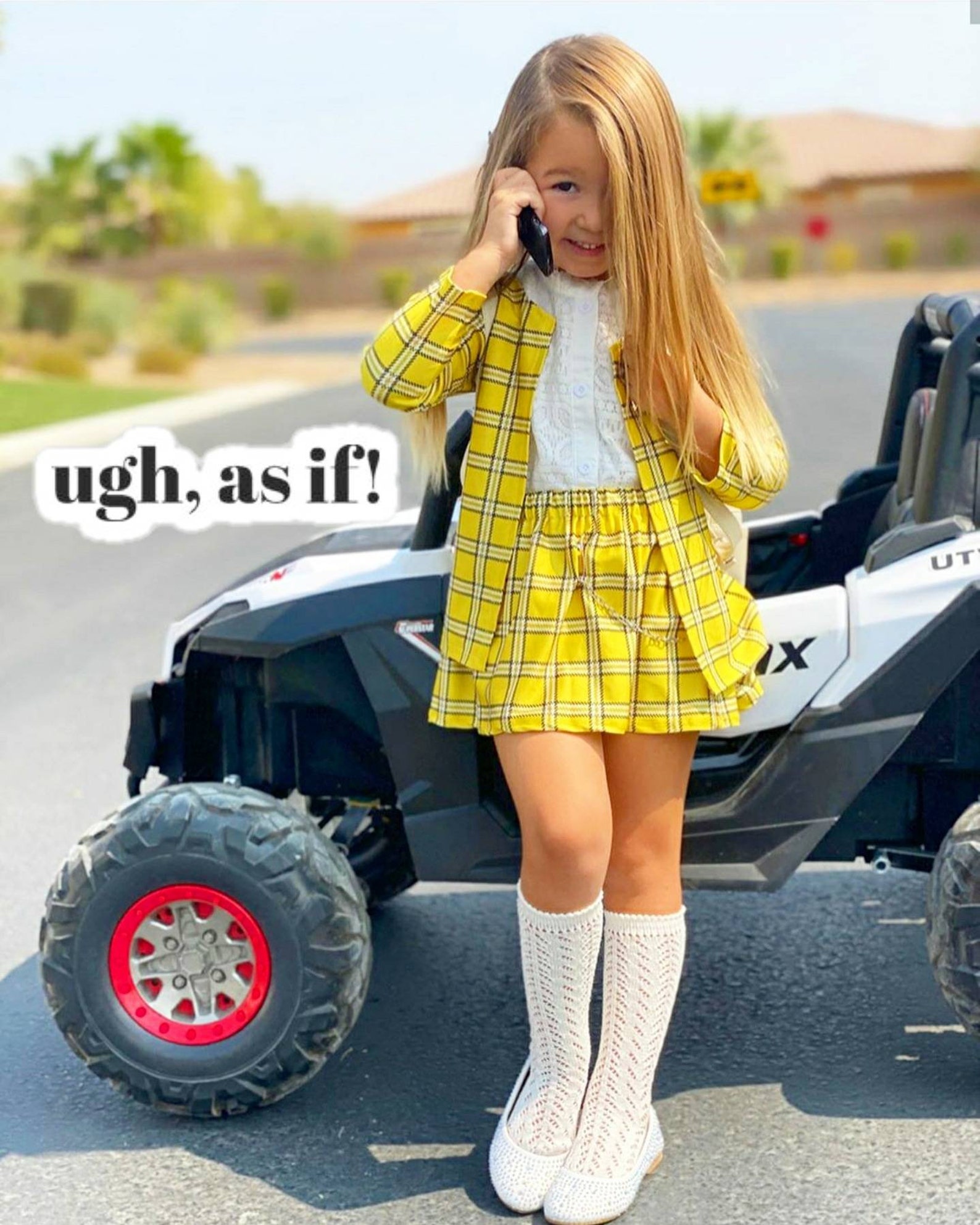 A child of the 90s but still a style icon today! I’m loving this Cher from Clueless costume from Fancy Schmancy Baby. And did anyone else notice that Olivia Rodrigo’s White House look channeled this outfit? Timeless. 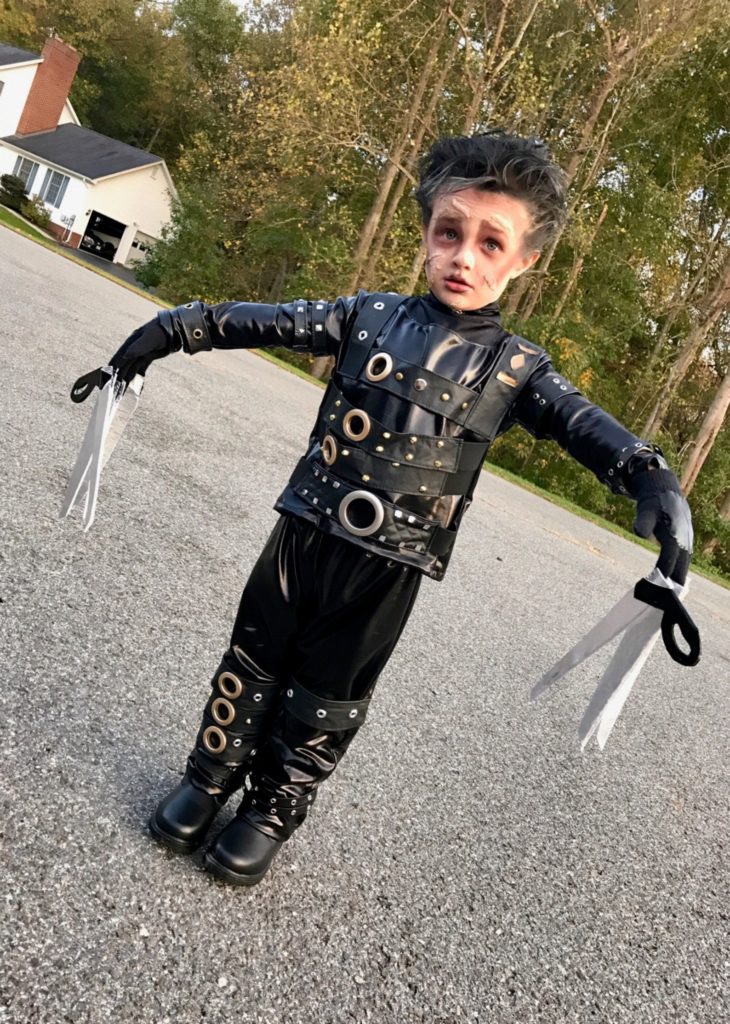 I’m amazed at the craftsmanship that went into this Edward Scissorhands costume from Maharai, inspired by the film that made so many of us fall in love with Tim Burton. (Did you think I was going to say someone else?)

The shop may not have any left in stock –the maker is a true artist and I’m definitely bookmarking for later! But it’s a fantastic 90s Halloween costume for kids if you’re attempting your own, and you can even have the scissors hang off sleeves so they don’t interfere with any grabbing of candy. 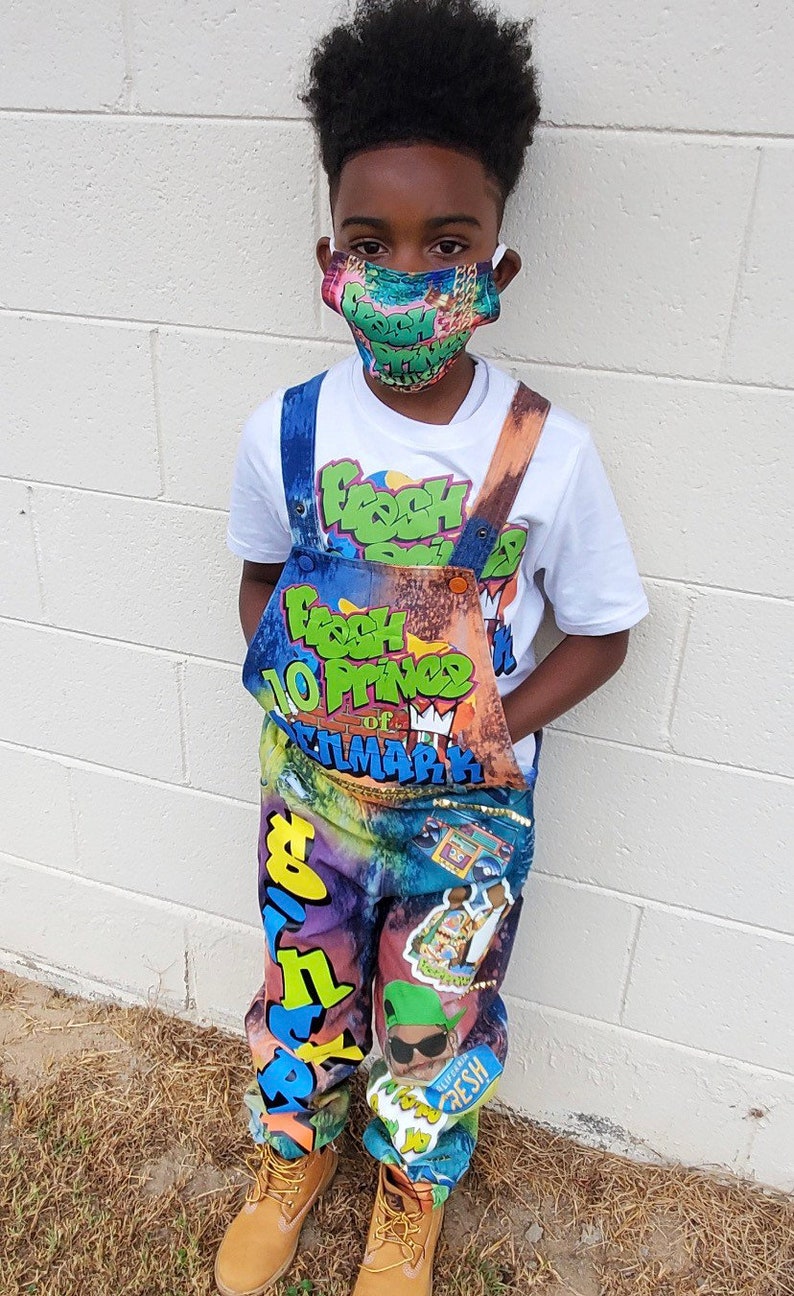 How amazing is this Fresh Prince of Your City 90s Halloween costume inspiration from Lexxclusive? I love that you can customize for your own city (“Fresh Prince of Nashville?” Why not!)  plus, you can decide whether you want rhinestones. To which the answer is always yes.

Since it’s close to Halloween, make sure you message shop owner Lex for a rush order; no time for maxin’ and relaxin’ on this hot costume. 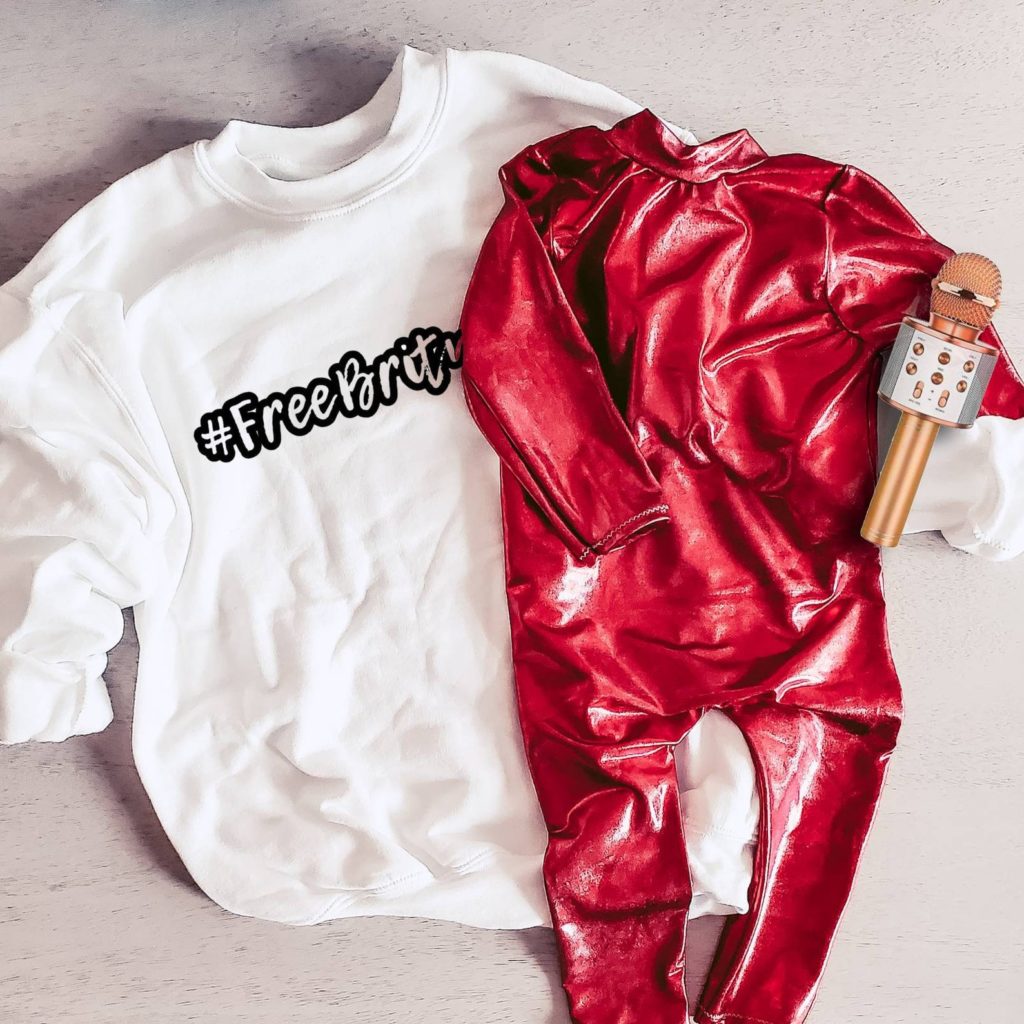 I love a topical costume as much as I love a throwback, and this faux stretch leather Britney Spears costume for kids from Fancy Shmancy Baby manages to be both. Show you’re on team #FreeBritney with this wonderful costume inspired by her early singing days: post-Mickey Mouse Club but pre bikini-with-snake. 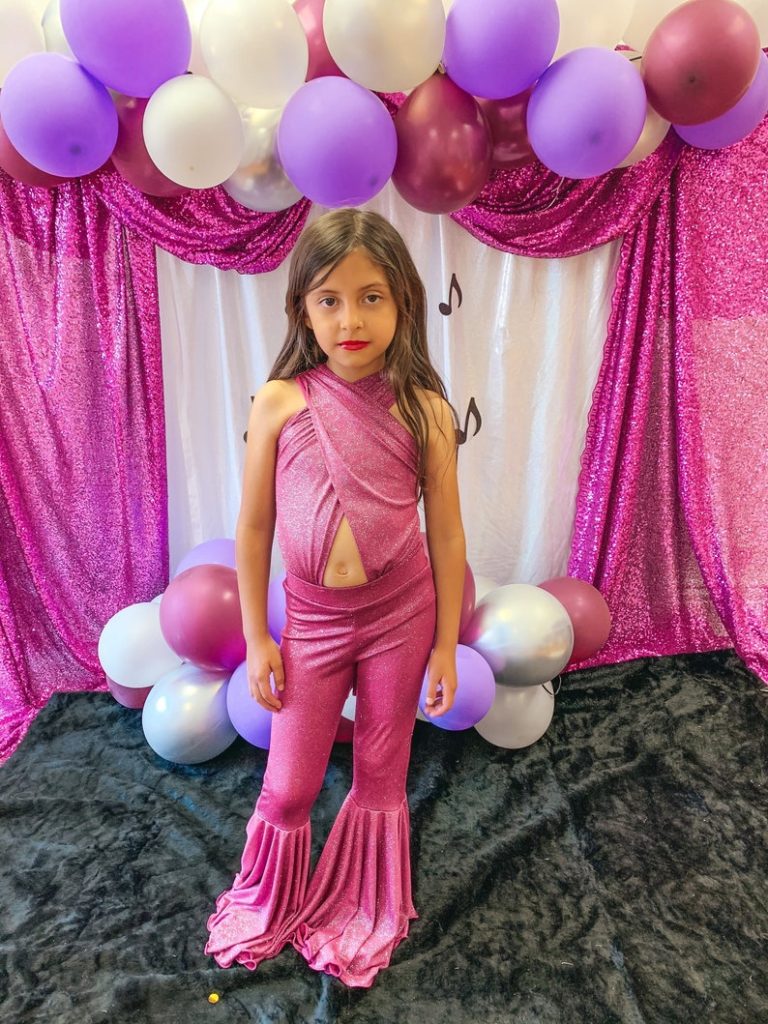 Selena’s another star whose popularity has been reignited by a recent Netfllix series. I love that this handmade Selena one-piece is just as glam as the singer herself. Everything at the amazing Belle Threads Boutique is custom-made, so reach out to the shop owner to see if there’s time to get it before Halloween. 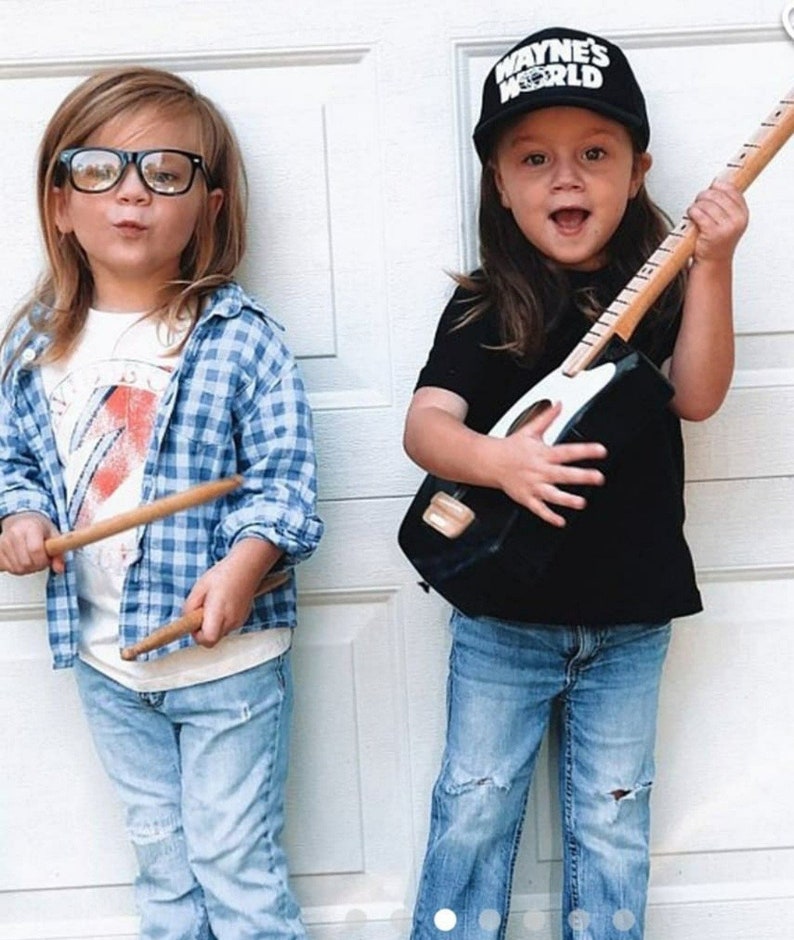 Thanks to Rad Dawg for this excellent Wayne’s World 90s Halloween costume, your kid will be totally be ready to party on. You can choose either the Wayne’s World hat or the vintage Aerosmith tee, then add your own 90s denim plus glasses for Garth; or get both accessories and have the funniest sibling costume around.

We introduced my niece to Legally Blonde after she decided she wanted to be a lawyer when she grows up, and I have to say, this movie still slays. Whether your kids are old enough to be familiar with the film, or young enough that you get more of a say in their costume (haha), I think they will flip over this bubble gum pink little Elle Woods Halloween costume at Fancy Shmancy Baby. 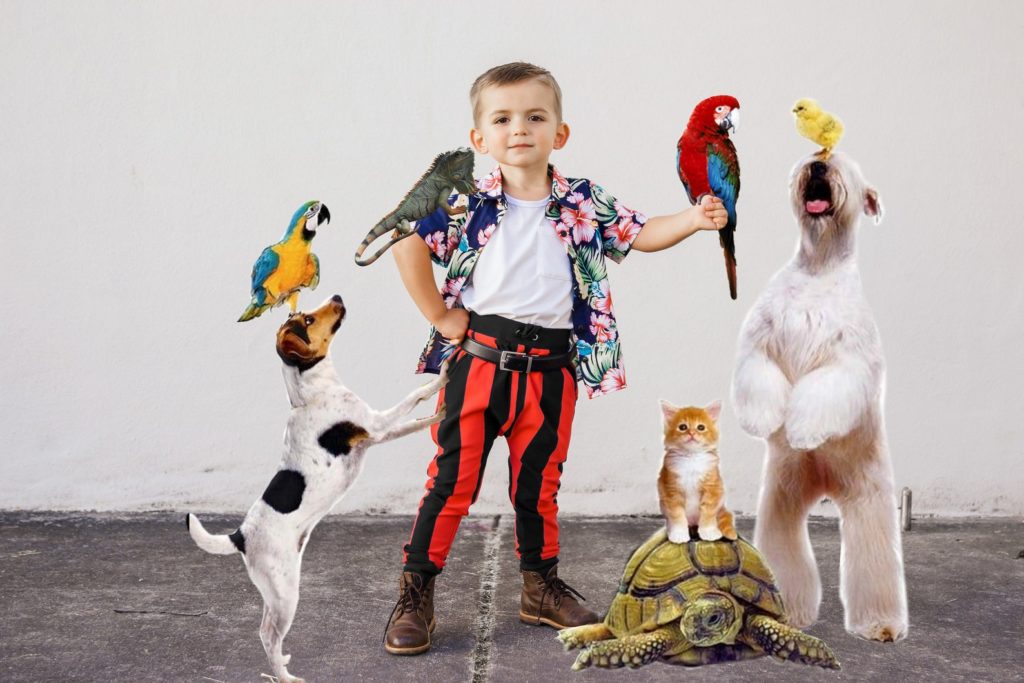 Throw a few stuffed animals in with this awesome Ace Ventura costume via Me and Reekie Etsy shop, and you’ll have a complete look. And your kid will need to work on their best Jim Carrey impression, of course. 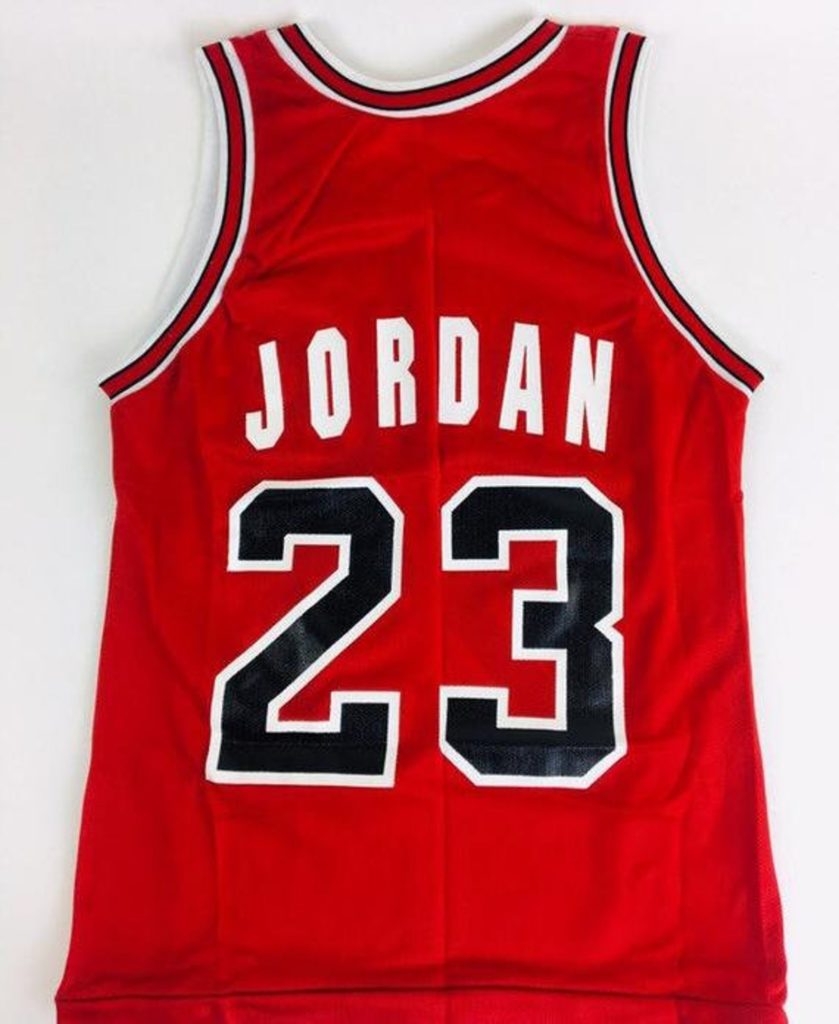 To me, the remarkable success of the Chicago Bulls was so emblematic of the 90s. So I was instantly drawn to this Michael Jordan vintage jersey at Sport Jersey that comes in youth sizes. Your kids could also gather friends, to honor Scotty Pippen, Dennis Rodman (have fun with that Manic Panic!), Ron Harper, Steve Kerr…

This is another costume that happens to be throwback and relevant since so many of my friends (even the ones who don’t like sports!) have been talking about The Last Dance documentary on Netflix recently. While this particular jersey is pricey, I think it would get lots of wear beyond October 31st.

Fellow millennials and gen-Xers will instantly get this reference to the go-to Bayside High hang. And how easy is this costume for a server from The Max? Just find some 90’s-esque denim, a notepad for orders, and this awesome Saved by the Bell Max tee from Liv and Company shop. 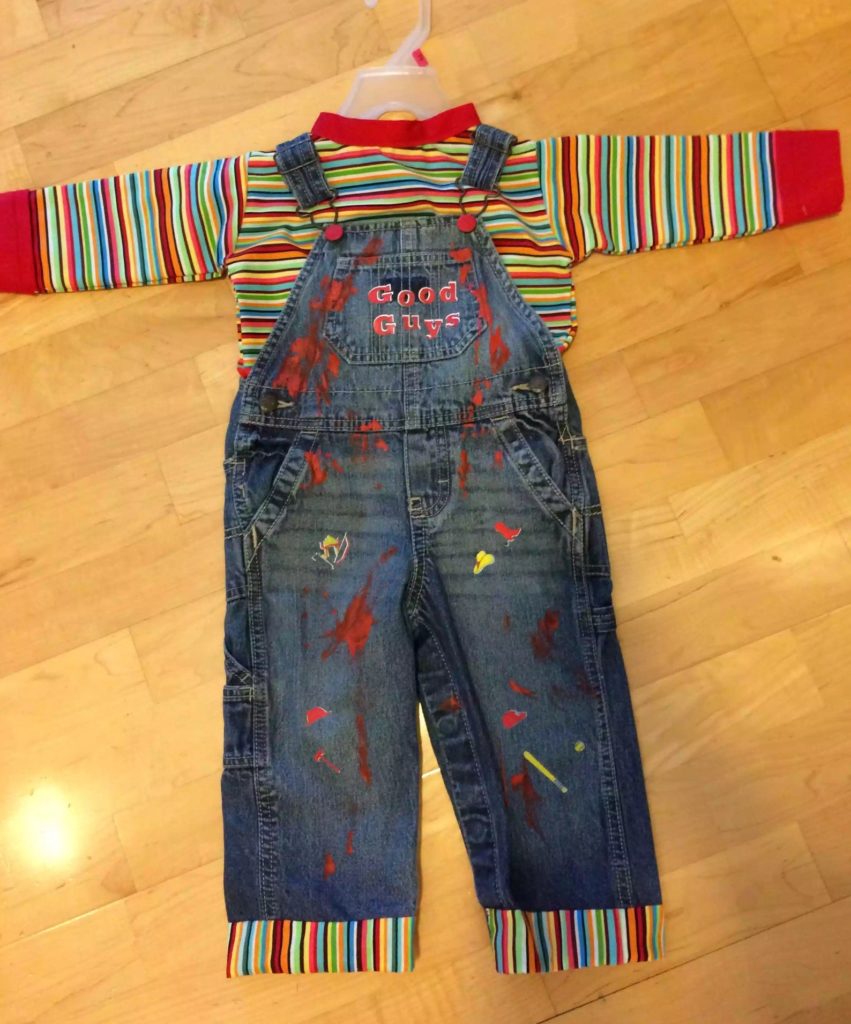 If your kid wants a 90s Halloween costume that’s clever and super creepy, you have to check out this Chucky Costume at HiDeeHoFriend, to bring back all the horrific memories of Child’s Play. And Child’s Play 2. and 3. And 72.

How many of those were there anyway? 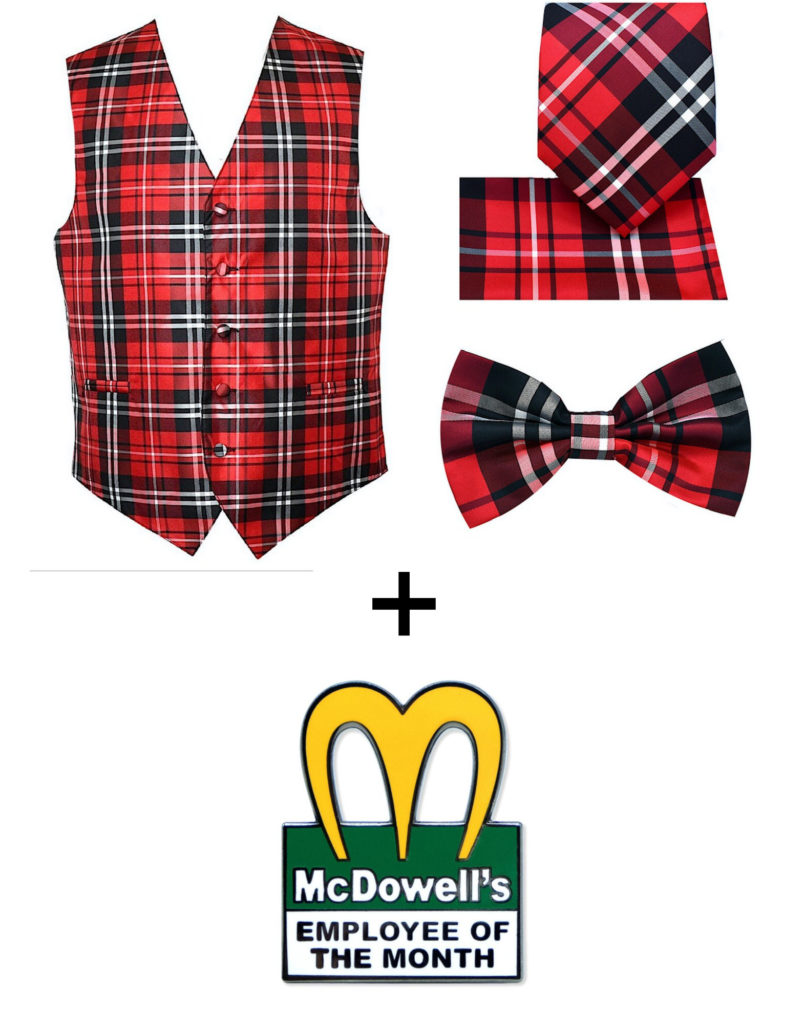 With the Coming to America sequel out this year, more kids have discovered the joy of Zamunda and, this fun McDowell’s lapel pin at Premium Pinz is such a cool accessory to build a costume around. For an authentic Prince Akeem look, thrift yourself a vintage plaid vest like this one from Shop Oliver George.