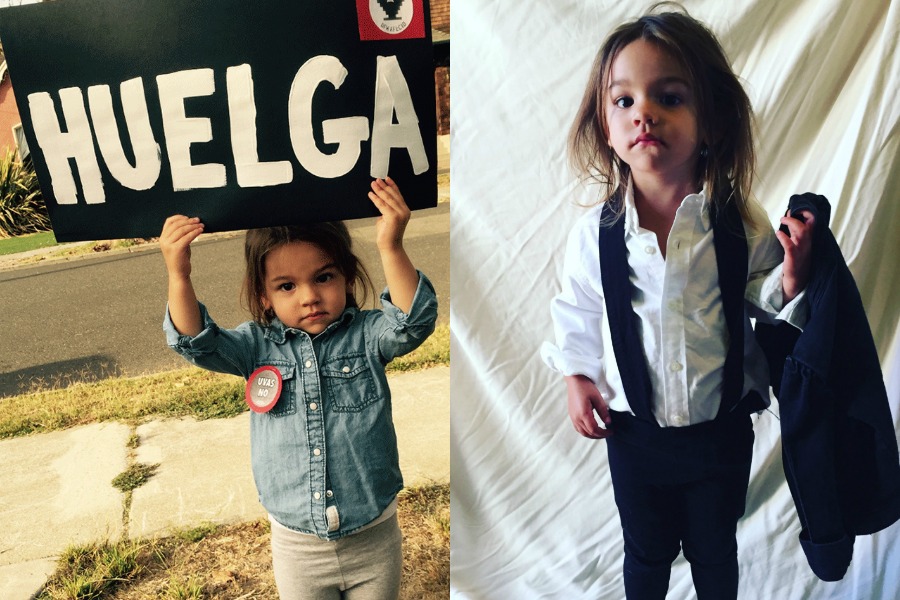 I’m really excited to share these 13 empowering girl Halloween costumes based on some of our favorite real-life heroes. Not that there’s anything wrong with comic superheros and imaginary self-rescuing princesses, but there’s something special about honoring a real life woman our kids admire.

Whether your kid looks up to scientists, mathematicians, athletes, world leaders, or superheroes — we think these strong girl costume ideas are all smart, strong, and rad.

Because as a mom of two girls, I find myself shaking my head in disbelief every year on Halloween when I see costumes marketed to girls that are over-sexualized or portray outdated gender roles. This conversation isn’t new; we’ve discussed inappropriate Halloween costumes many times. And yet, it continues.

(Hint to manufacturers: Our girls can just be Spiderman, you know? They don’t have to be “sexy spider superhero girl” in a short skirt.)

So we’re all for giving our daughters — and sons — the option to be a princess or a political activist, a cat or a computer scientist. I want to inspire them to be whatever they want to be, whether one of these women here or something else entirely.

Though admittedly, I’d love it if we can knock it off with the sexy crap. 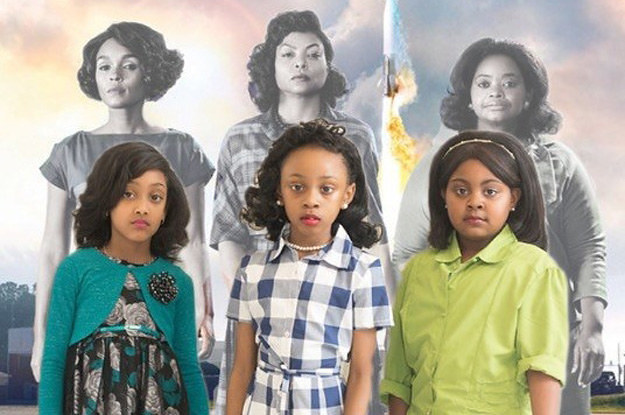 Honor the brilliant African-American scientists and mathematicians whose stories were brought to light in the hit film, with these outrageously perfect Hidden Figures costumes. These students from Milwaukee College Prep school are on point! So much so, they were styled this way to appear on the Hidden Figures red carpet at the premiere.  Amazing. 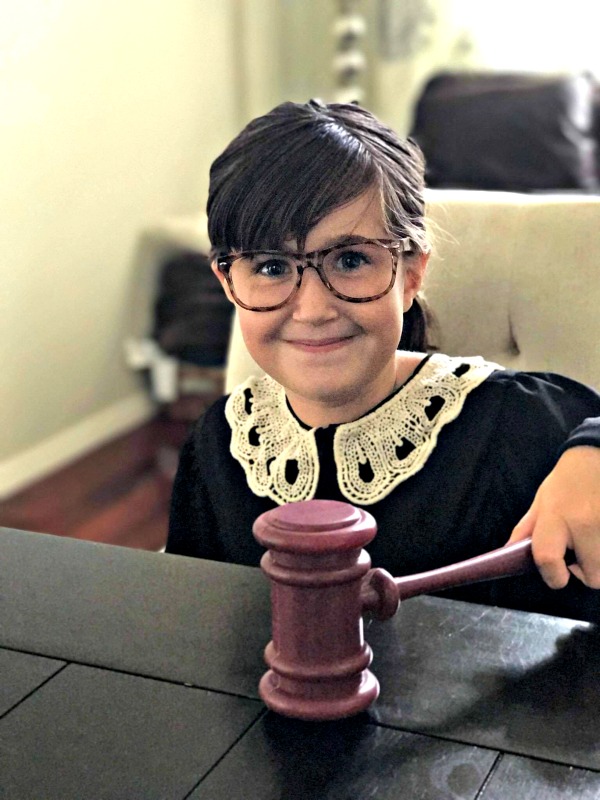 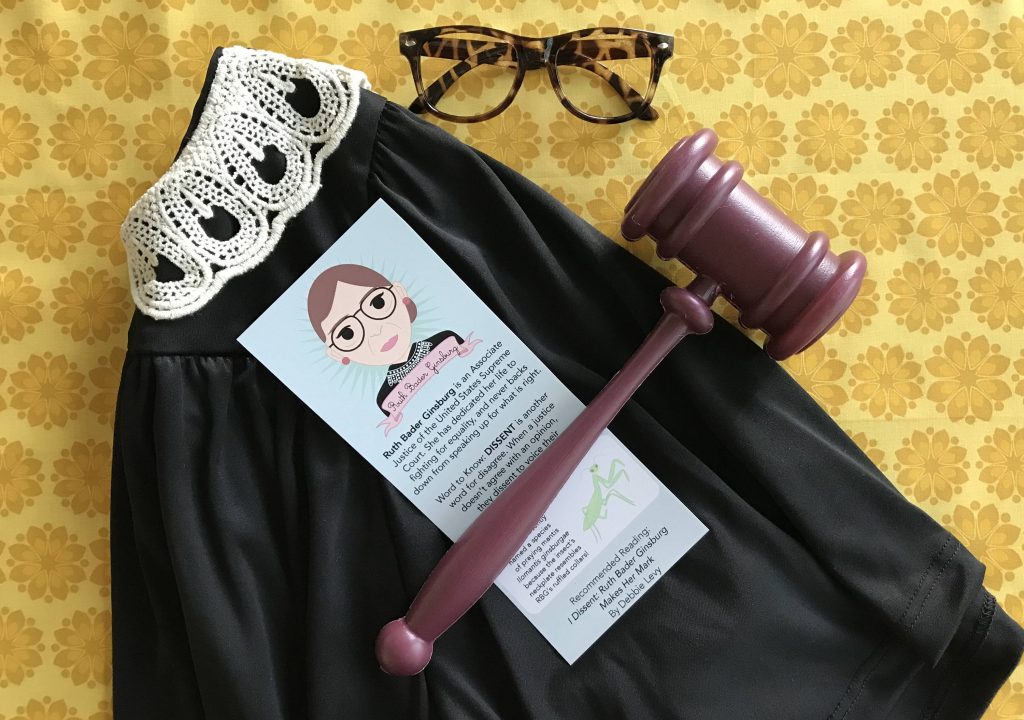 Pay tribute to one of the strongest women’s rights champion around and all-around amazing woman, with this Supreme Court Justice Ruth Bader Ginsburg costume. You can find it from Bored Inc. on Etsy and everything about it is awesome, down to the fun fact card you get with your purchase, to help teach your daughter even more about this groundbreaking woman. Case closed.

This Latina political activist fought for better working conditions for farmworkers, and inspired President Obama to use her own protest slogan Sí se puede in his campaign. The Dolores Huerta costume idea seen here was created by mom Amanda for her daughter Sawyer, and shared by Kate Schatz, author of Rad American Women A to Z  (a favorite of ours!) on a post she wrote on Medium. So awesome.

(And PS, please read their smart note about cultural appropriation versus tribute costumes. Any girl can dream of being any woman — just no brown face or black face. But you know that.)

Related: 15 more strong girl costume ideas for Halloween that go beyond the expected. 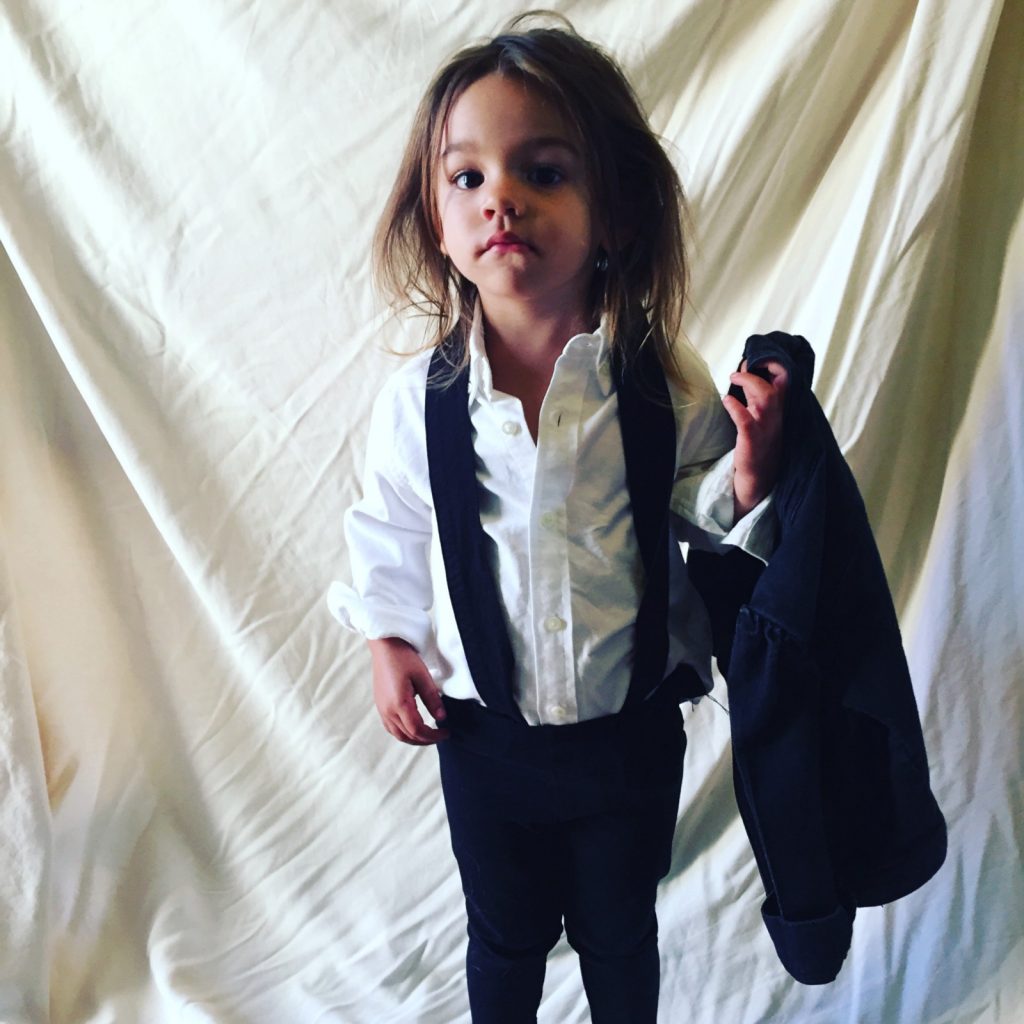 Also on Kate Schatz’s post (seriously, so much inspiration there!) we love this homage to a favorite pioneering female rocker with Sawyer’s wonderful DIY Patti Smith costume. It’s an easy way to recreate her iconic Horses album cover shot by Robert Mapplethorpe, with little more than a white button-down, a black jacket, black pants and suspenders. Though the hair really is the finishing touch. Click through to see a young teen rocking the outfit too. 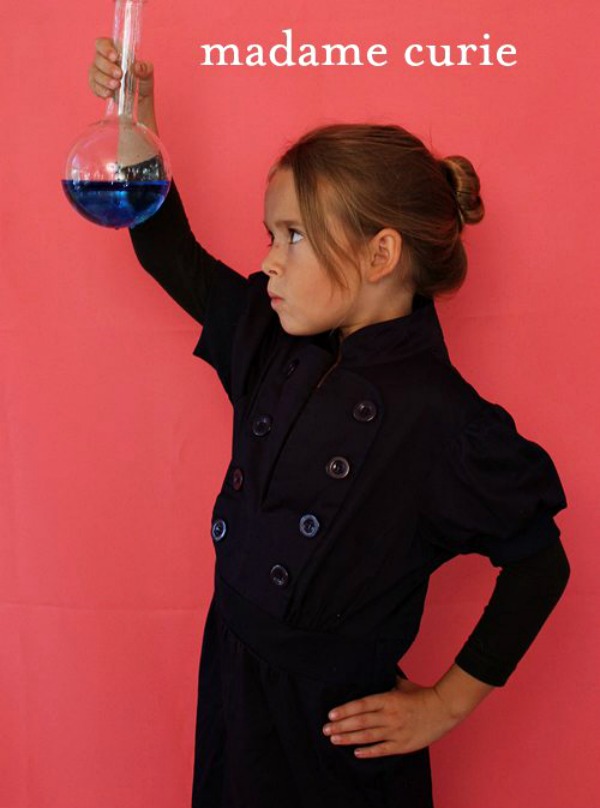 A lab coat or vintage dress and a chemistry flask (plastic, we hope!) are all you need for a Marie Curie costume that honors the famous physicist, chemist, and first woman to win a Nobel Prize. Find the tutorial on Alpha Mom, along with other ideas from Brenda Ponnay for French-inspired costumes for kids. 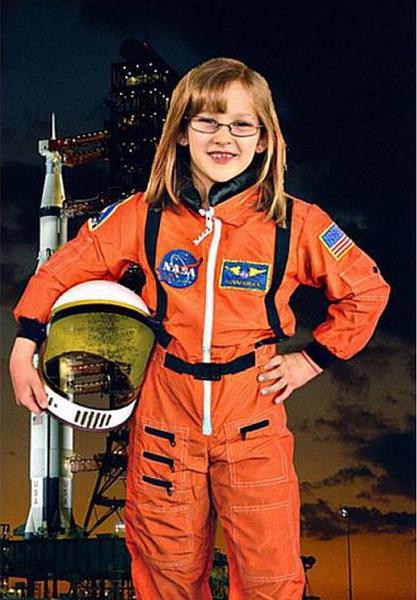 If your daughter is dreaming of space travel, she can recreate her favorite NASA hero in this official orange junior astronaut suit from The Space Store. It’s is all she needs to be Mae Jemison, Kapwana Chawla, Sally Ride, or Eileen Collins. 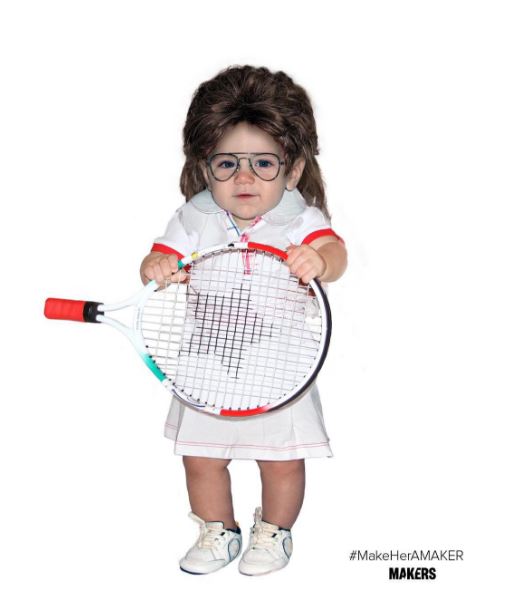 We’ve been huge fans of tennis superstar Billie Jean King for years, not only for famously trouncing male tennis pro (and admitted male chauvinist pig) Bobby Riggs in a “Battle of the Sexes” — but for her incredible, tireless guardianship of Title IX to make sure there’s gender equality for women and girls in sports. With the Battle of the Sexes movie currently in theaters, we bet that Billie Jean King costumes, like this one from MAKERS, will make a comeback this year.

Animal lovers will love honoring Jane Goodall for the amazing work she has done in the fields of anthropology and primatology — while learning more about her. This Jane Goodall costume on The Mod Chik blog is so easy to recreate. Don’t forget the stuffed ape! 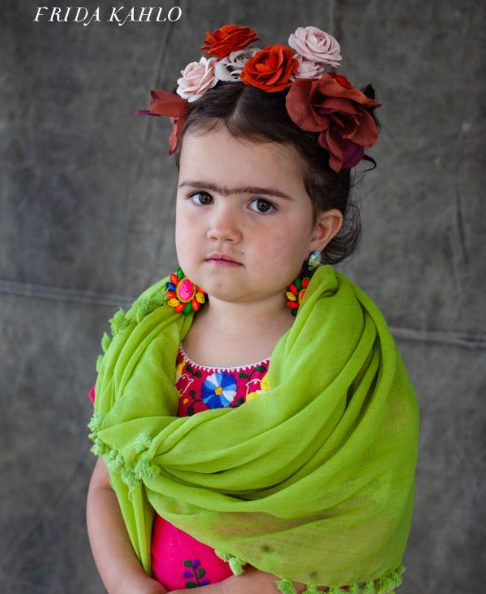 She was talented, strong, passionate, and she rocked the unibrow like no one else. We featured this Frida Kahlo costume as a strong girls Halloween costume idea last year, and this choice from Oh Happy Day is still a favorite. Click over, and she’ll show you how a pretty dress, shawl, flowered headband, and brow pencil are all you need to turn your little girl into the amazing Mexican artist for a night.

Dottie from A League of Their Own 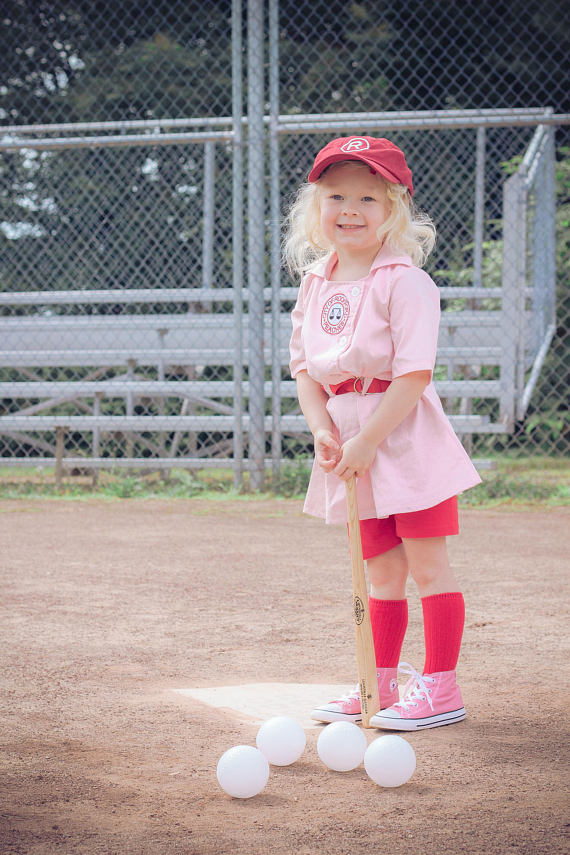 “There’s no crying in baseball” and there won’t be any need to cry on Halloween, dressed as Dottie of the Rockford Peaches, from A League of Their Own. I love this costume from the Etsy shop, Silver Threads by Ronda. Especially because the character was based on real-life All-American Girls Professional Baseball League catcher, Dottie Kamenshek, who showed America that yep, women can really play ball. 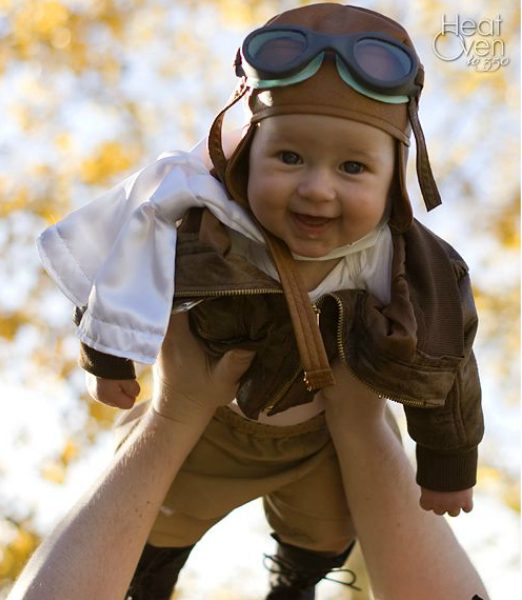 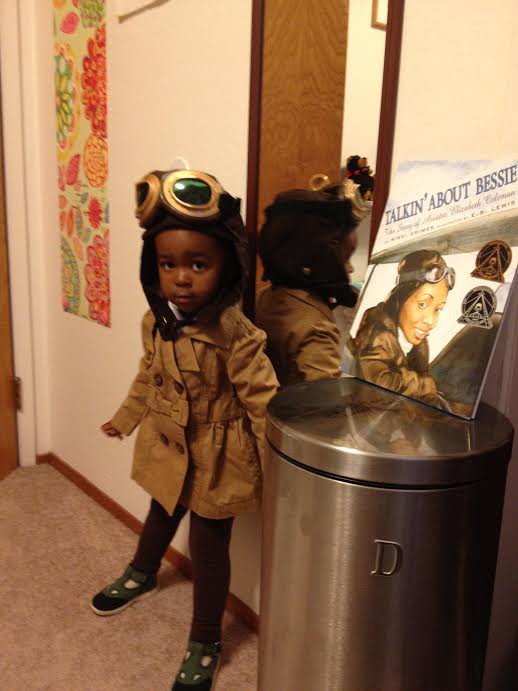 She’ll be ready for takeoff to trick or treat dressed as American aviation pioneers and fab feminists Amelia Earhart or Bessie Coleman. Seriously, how adorable are these sweet girls? Amelia’s (real name!) mom shared the photo on her blog Heat Oven to 350 and we’re blown away by the details of this costume, down to the baby bomber jacket, goggles, and white satin scarf. And we also adore Camille’s daughter as Queen Bessie, shared by Kate Schatz as well. 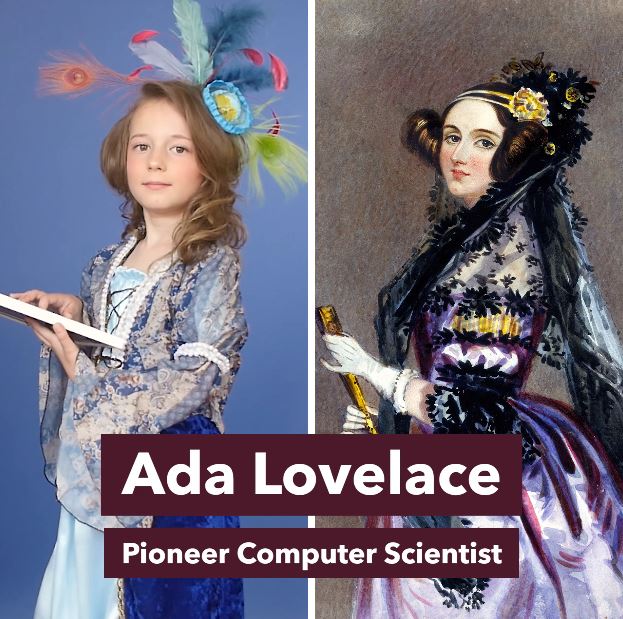 We love all the strong girl Halloween costume ideas from the authors of  Goodnight Stories for Rebel Girls, another Cool Mom Picks fave. Like this Ada Lovelace costume, honoring the world’s first computer programmer who was born in the1800s. Yes, it requires a seriously fancy dress and feathered headband but we bet they’ll get a ton of play at dress-up time all year long. 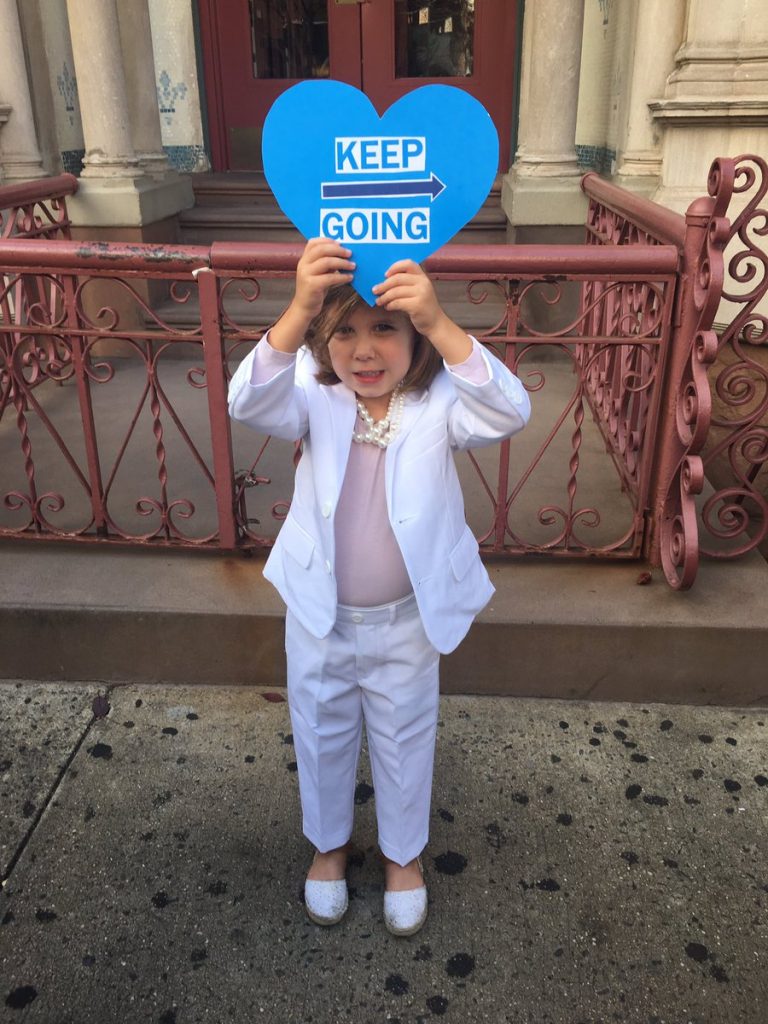 Greg Hale’s photo of his daughter went viral, after she dressed as Hillary Clinton to meet the real Hillary Clinton. If your daughter wants to honor the first female presidential candidate nominated by a major party, and who won more votes than any other white candidate in history, it’s not too hard. (And definitely easier than actually running as a woman.)

She just needs a pantsuit — white honors the suffragettes, but any color will do, faux pearls, a campaign button if you’ve got one, and a never-give-up attitude. Which is something we hope all of our girls will have, no matter what they choose to do with their lives.