How to help Beirut after the explosion: A list of trusted organizations that can really use your support. 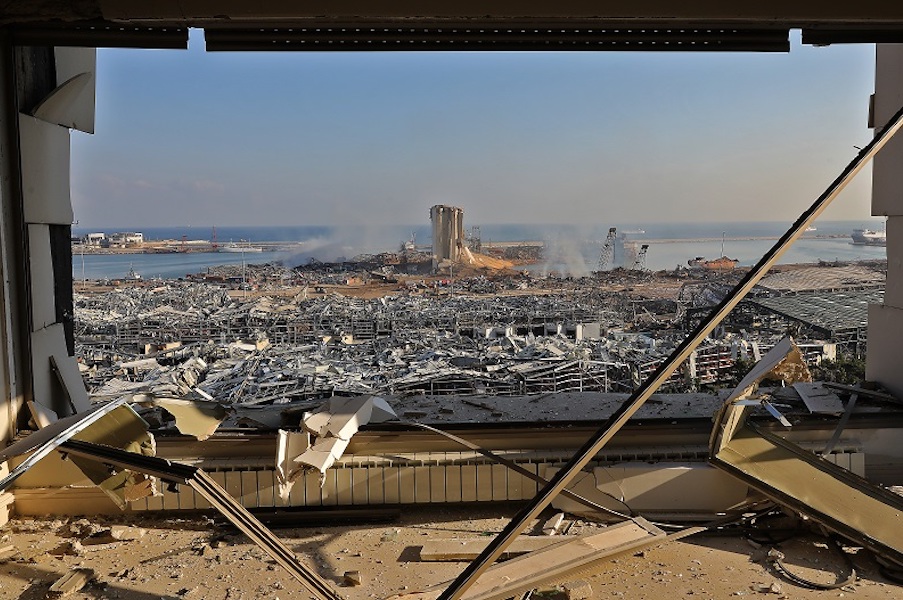 As I look for ways to help Beirut after the horrific explosion this week, I’m grateful to Fadia Berberi, (@karzel), a mom in the suburbs of Beirut who I’ve known through Instagram for a while. She DM’d me to explain, What happened here in Beirut is really tragic and cannot be described. All the capital is shattered, the number of dead is rising every hour, more than 250.000 houses were damaged and more than the half of them are beyond immediate repair ? it is beyond words.

(Mercifully, her own family is safe, including her 7-year-old daughter, if sweeping up a lot of broken glass right now.)

The deadly blast from the warehouse explosion was felt 150 miles away, as far as Cyprus. If you haven’t yet seen footage, this Drone video on CNN captures the scale of the destruction. Governor Marwan Abboud toured the rubble in this SkyNews video, stating, “it looks like Japan after Hiroshima.”

With the grain supply reportedly wiped out now, you can imagine how this will impact access to food in a country already struggling economically, all while battling the Covid pandemic.

Compare this with our fears about running out of toilet paper, just a few months back.

Related: How to talk to kids about tragedy and natural disaster: Helpful tips and resources.

The NY Times reports that as of this morning, the death toll is nearing 150, with 5000+ injured — all while the government authorities are “absent.” (I think a lot of us know that feeling of your government not being there for you during a major health crisis.)

As far as the emotional toll, it’s impossible to watch this video of a grandmother playing Auld Lang Syne on her piano among the wreckage in her Beirut home without choking up. And seeing the plight of small business owners in Beirut, after months of hearing the same fears from those in my own city, it’s all just too familiar.

Hoda Melki filmed her mother-in-law playing a rendition of Auld Lang Syne on the piano in her Beirut home which was damaged by the blast.

I know we’re all struggling too right now. Which only makes me more sympathetic.

As my friend Sonni Mun — a mom and activist with one of the biggest hearts you could imagine — reminded us all via Instagram this week, millions were raised in a short period after the tragic fire at Notre Dame, in which no one died. Surely we can all come together to support the people of Beirut in the same way.

No guilt, no shame. Things are tough for lots of us. But if you’re able to do anything at all, Fadia generously offered a list of trusted organizations to support, along with a few others I’ve researched

See which relief effort calls out to you.

Organizations supporting Beirut after the explosion

A note: Please do not give money directly through the Lebanese government or government-run entities. Seek out trusted, independent non-profits. 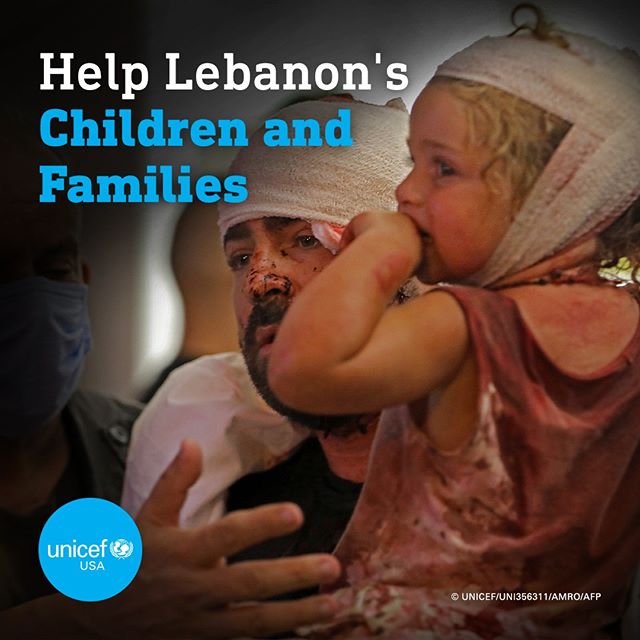 The Lebanese Red Cross
Unlike in the US, The Red Cross isis the main provider of ambulance services in Lebanon, and while wildly underfunded, they provide emergency medical services for free. They also have a disaster relief program that helps the most vulnerable and needy during disasters like this one, providing everything from medical care to direct cash transfers, to psychological support. Online donations can be made here.

The World Food Program USA
Lots of our readers want to help Beirut by directing support toward the needs of children, and the United Nations’ excellent WFP has just set up an emergency fund earmarked for children and families in need after the destruction in Beirut. $75 can provide a family with an emergency box that can feed them for an entire month, and they accept monthly recurring donations as well.

UNICEF Support for Beirut Catastrophe
Similarly, UNICEF is already on the ground helping families and children with urgent assistance, as they always do.UNICEF estimates that they will need $4.4 million to provide immediate assistance to children, and to start the planning to support the 34 highly damaged schools as well as 12 health care centers (so far) that have been identified as destroyed.

The Beirut Port Explosion Relief Fund on Global Giving
We’ve covered Global Giving’s excellent work for the past 12 years, most recently for their Puerto Rico hurricane relief fund. Their Beirut fund through the URDA (a localNGO)has a $250,000 goal they should be able to surpass; $20 provides clean drinking water for 6 families.  $50 provides 25 families with two bread bundles. $500 can help repair a damaged house. While $1000 and up will pay for needed assistance and supplies for hospitals.

Impact Lebanon Campaign via JustGiving
A campaign through JustGiving, a respected global fundraising platform based in London, has a crowdfunding campaign to raise £5,000,000 in disaster relief for Lebanon. If you want a way to help Beirut right now, I would highly recommend checking this out.

Humanity and Inclusion
The global NGO Humanity and Inclusion was a co-winner of the 1997 Nobel Peace Prize. They currently has 100 workers in Lebanon, including physical therapists, psychologists and social workers to help with psychosocial needs. If mental health support is a key issue for you, this is a terrific organization to look into. Their US Twitter feed is also a great source of information about other organizations needing help.

The International Medical Corps
If you want to focus your support on medical care, the IMC is responding to the Beirut explosion with an emergency response to help staff up overwhelmed hospitals and health facilities. They’re mobilizing urgently needed supplies as well as staff members, deploying mobile medical units, and providing essential mental health services.

Doctors Without Borders / Medicins Sans Frontieres
We’ve long appreciated the work of MSF, and they’ve already got some staff on the ground in Beirut. They’re organizing a donation of would kits to a medical facility and looking into transferring stable surgical patients to one of their hospital. They will undoubtedly present a more specific plan as more needs unfold in the coming days.

Beit el Baraka
This 3-year-old. cooperative non-profit supports seniors specifically, and is helping Beirut citizens by offering medical care, housing assistance, paying electricity bills, establishing a free supermarket and more. They’re currently on the ground fixing impacted homes. From what I’ve read, I like their values a lot. (Note that there may be some temporary issues with the donation page while they upgrade due to increased support. Try again later if this is the org that speaks to you.)

ON THE WAY to Beirut ? WCK’s @SamBloch1 reporting in as we activate in Lebanon to support those impacted by yesterday’s tragedy. We have a team mobilized on the ground and will begin serving meals shortly with local partners & chefs. #ChefsForBeirut pic.twitter.com/7adwXztImo

World Central Kitchen
I just got wind that the incredible, tireless chefs of Chef Jose’ Andreas World Central Kitchen is describing how they already have a team mobilized in Beirut. Because, of course they do. There’s no direct link for dedicated relief efforts there just yet, but a dollar to WCK is never water. Keep an eye on their site, and follow #chefsforbeirut on Twitter.

I think of all the disasters and crises we’ve covered over the years — earthquakes, tsunamis, hurricanes, wildfires, floods, mass shootings, war victims, refugee and migrant crises — it’s an awful, overwhelmingl list. But one thing that’s always encouraged me is seeing how generously our readers have opened their hearts and wallets to support people in immediate, dire need. Total strangers. Sometimes right here at home, sometimes halfway around the world in a place you’ve never been.

Even if that just means sharing this post, or amplifying the social feeds of any of the organizations listed here.

We’re all humans on this one planet we share. And I hope we can pull together to help Beirut, Lebanon, too.