If you think the answer to the formula shortage is more breastfeeding, read these perspectives first. 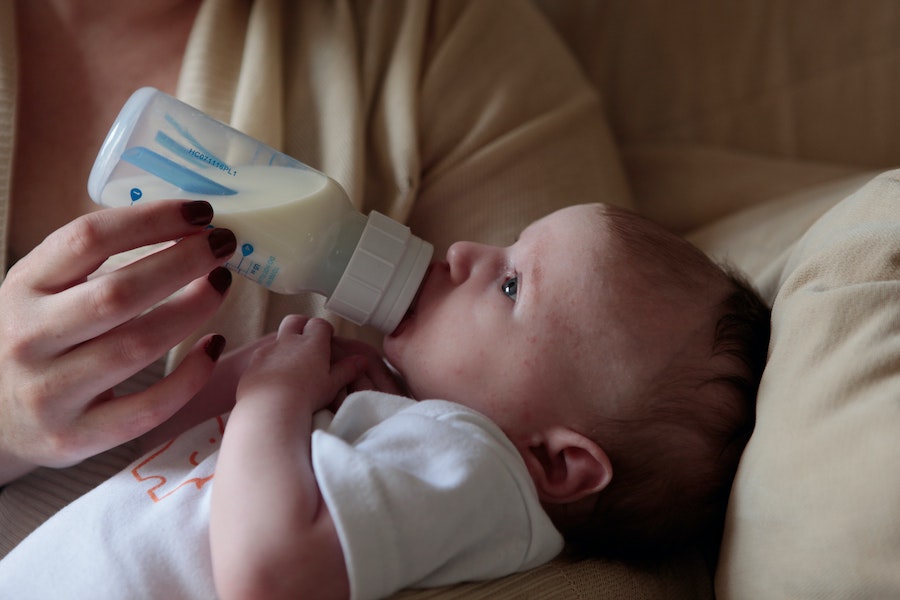 Though my “babies” are all old enough to drive a car, I’ve been following the nationwide baby formula shortages with alarm over the rhetoric being aimed at parents who are feeding their babies formula. Instead of trying to find ways to help panicked parents feed their children, I’m seeing parents – especially mothers – being punished in the media for making a feeding choice that’s best for their families.

Like many new parents, I was committed to breastfeeding exclusively. This lasted all of a week before I exhaustedly started to supplement with formula, necessitated by my return to work and my literal inability to pump enough to keep her alive.

Not surprisingly, all three of my kids, including those who were formula fed, have grown up healthy, intelligent, and strong.

But with the critical shortage of baby formula right now, I am seeing legions of baby “experts” loudly proclaiming that breastfeeding is something that every mom can and should do. No formula on the shelves? Just go home and start breastfeeding.

Yeah, that’s not how it works.

The truth is, not all of us produce enough milk to feed a hungry infant — stress, exhaustion, and pain can all come into play.  Some of us have had breast surgery that affects production. Some of us take medication that makes breastfeeding unsafe for an infant. Some of us work long hours outside of home, for companies that do not allow us the privacy or compensated time to pump — an issue that disproportionately impacts lower income women and those who do not have white-collar jobs. Some of us travel extensively for work and rely on partners or nannies to care for our children. Some of us cannot afford an expensive breast pump with all the accessories. Some of us have adopted or foster children (and, no, our breasts do not automatically “turn on” the milk-making machine at will). Some parents are also (gasp) dads – single dads or dads in the same sex relationships – who of course do not have the option to breastfeed either.

And some of us don’t breastfeed because. . . we don’t want to. And that’s OK too.

But don’t take my word for it. Read Amil Niazi’s piece for Glamour, Just Breastfeed’ Is the Worst Thing You Can Say to a Parent and Jessica Grose’s opinion in the New York Times, Babies Need Nutrition. Don’t Play Politics With Formula Shortages.

And before you think, “but, breastfeeding is free!” read Is Breastfeeding Free?. . . from Elise Solé on Today.com. And remember that even donated milk is not going to be able to keep up with the demand.

But really, is it so hard for us as parents to simply support other parents during a very scary time for them? We don’t need any scientific studies to know that shaming does not help keep babies fed.

Right now, it’s especially imperative that we reframe our focus help come up with logical solutions that work for the majority to parents.

In other words, let’s be the helpers. Parents really need more of them.