4 ways to give back this Father’s Day, in honor of Dad 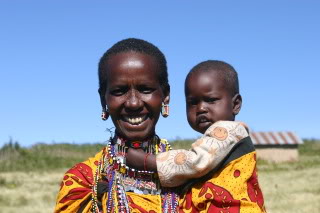 As much as we know that dads love a present on Father’s Day, not every dad expects one. In fact, certain charity-minded dads might not even want one. That’s why we’re highlighting these four nonprofits that are doing cool things–and who need donations to keep on doing those cool things. So even though Dad might not need anything this Father’s Day, he’ll be happy that you’re helping people in the world who do.
-Lexi

Make a Loan to an Entrepreneur Who Needs One

Kiva, the wonderful micro-lending website, has dedicated the month of June to
helping out fathers and families specifically. You can give Dad a $25 Kiva card
that he can use to loan to anyone on Kiva that he wants to help out.
Like a regular loan, he gets the money back–and then he can use it over and
over again to lend to entrepreneurs all over the world. Talk about a
gift that keeps on giving.–

Help a Hero
Forget Iron Man and Captain America; what dad wouldn’t want to
support real-life heroes? In 2009, Tim Medvetz–who had suffered a
serious accident but vowed that he’d someday climb Mt. Everest (he did
it!)–started The Heroes Project,
a foundation dedicated to raising funds to help wounded soldiers climb
the highest mountain peaks in the world and find a renewed sense of
purpose along the way. Right now, Medvetz is taking wounded veterans to
the top of seven summits, and using the footage to inspire injured vets
when they first wake up in the hospital. The next climb is on June 25,
when Staff Sgt Mark Zambon (who lost both legs in Afghanistan) is set to
conquer Mt. Kilimanjaro. The climbs are expensive, so generous donations are necessary–and appreciated.

Give the Gift of Clean Water
Started by the band Jars of Clay (whose “Live Monsters” album is playing on my iTunes as we speak), Blood:Water Mission
is a grassroots organization that brings together communities in order
to work agains the HIV/AIDS and water crises in Africa. Since 2004, the
organization has provided more than 1,100 clean water solutions for more
than 700,000 people, and fully funded three clinics to treat people
living with AIDS in Africa. This summer, the organization’s campaign is Lemon:Aid:
communities from all around actually set up their own lemonade stands,
then donate the proceeds to the mission’s clean water projects. A fun
project for any dad and his kids, right?

For Dads Who Hate Doctors (and Kids Who Love Scholarships)
Men
are 24% less likely than women to visit the doctor; although I think I
could have guessed that number based purely on my own dad’s anti-doctor
beliefs. The mission of the I <3 Dads
campaign is to get all dads healthier–and give scholarships to their
caring college-bound children. You just sign up at the site, take your
dad to a drugstore and have his blood pressure taken, then send a pic to
the organization–you’ll qualify to win a $4,000 scholarship. Even the
most doctor-averse dads have to agree that’d be a pretty sweet Father’s
Day gift. You can also send some Father’s Day e-cards from the site.
For another charitable gift idea, check out our post on last minute Father’s Day gifts at KatieCouric.com. And find more Father’s Day ideas of all kinds in our gift guide or check out this post on free Father’s Day printables
Tags: Africa, charity + causes, donate, Father's Day, father's day gifts, last-minute gift ideas, military, social good