The Maker Dad book: A Father’s Day gift for the DIY dad in your life 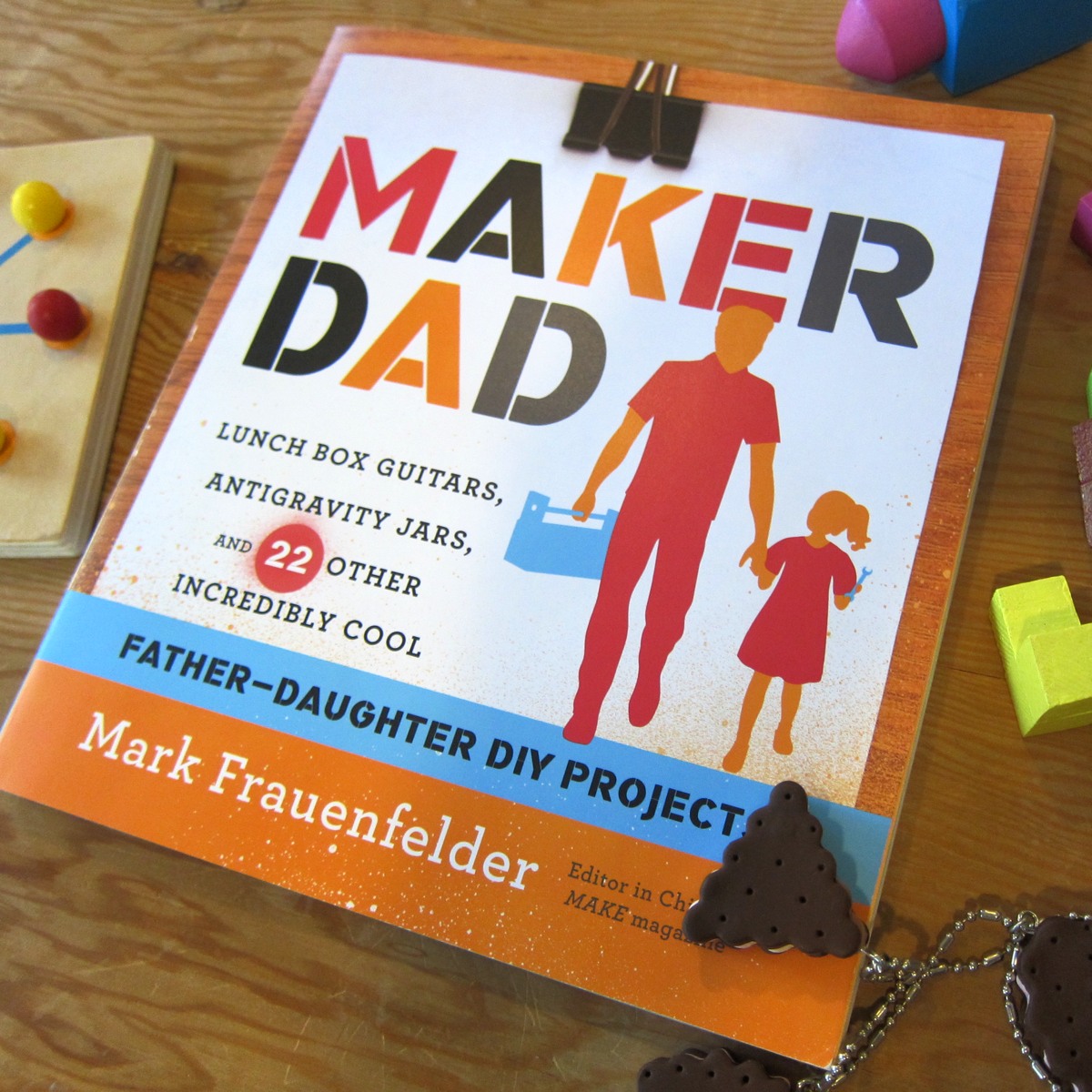 I love the idea of a father’s day gift that’s actually an experience rather than, you know, another tie (not that there aren’t some cool ties out there), and that’s exactly what you’ll get with Maker Dad: Lunch Box Guitars, Antigravity Jars, and 22 Other Incredibly Cool Father-Daughter DIY Projects, a new book from Boing Boing co-founder Mark Frauenfelder.

A big DIY-er himself, Mark scoured books for cool projects that he could create with his daughters, but couldn’t find just the right fit. (Maybe he hasn’t seen our Pinterest boards?) So he complied his own ideas in Maker Dad, which is overflowing with awesome projects that kids will love. And not just girls, by the way; even though the title does emphasize Mark’s own personal relationships with his daughters, it’s really for all people. Hey, moms too.

I particularly like how Mark incorporates life skills like drilling and computer programming. No offense to cutting and gluing, of course. The projects run the gamut from silkscreen t-shirts to learning how to host a podcast–something you don’t often see in your typical DIY book–with lots more awesomeness in between.

Unlike the similarly titled Dad’s Book of Awesome Projects, which I feel has projects that most dads could tackle without any super crafty expertise required, Maker Dad is definitely aimed at adults with some DIY chops, and ideally access to some hefty tools. But hey, if you’ve got a dad or grandpa or cool dad-like person in your life who fits that bill, hook them up with this book, and maybe some of the supplies for one of the projects for Father’s Day. I can’t think of anything more special for a kid than just spending actual time with Dad or Grandpa, especially when they’re doing something together that they already love to do.

You can purchase the Maker Dad book by Mark Frauenfelder at our affiliate Amazon.com.

[photo via WinkBooks.net – another amazing source for finding books you’ll love to own.]