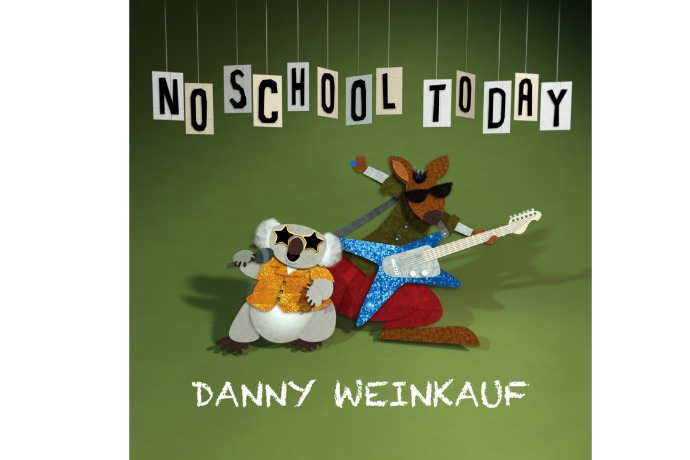 Between road trips, hot days spent in front of the AC, and impromptu neighborhood BBQs, summer means lots of time together to enjoy great new family and kids’ music. And we’ve discovered new albums from They Might Be Giants’ Danny Weinkauf,  The Walkmen’s Walter Martin, and CMP’s favorite country duo Hullabaloo that you’ll want to add to your collection.

DANNY WEINKAUF: NO SCHOOL TODAY
No School Today would win Best Album Name from my kids, though it’s the music from Grammy-winning composer Weinkauf that makes this one a real hit. Kicking off with the one-word, enthusiastically shouted Hey!, the album moves into Archaeology which is, by my count, Danny Weinkauf’s second ode to the sciences (his first, I Am a Paleontologist, from TMBG’s Here Comes Science, is among my family’s favorites.)

This is a great album for older kids who want something more, but not too, grown-up.  The songs don’t shy away from brainier topics like the rocking Champion of the Spelling Bee (sung by son Kai), a Ben Folds tribute in The Ballad of Ben, and a catchy song about the Marsupial which is pretty educational too.

And lest you think this is all sounding pretty intellectual, there is plenty of just plain fun like the title song No School Today, a punk-flavored ditty The Moon is Made of Cheese, and the groovy Whipped Cream which will make you all hungry. In fact, the beauty of this entire album is that even the smartest lyrics will be gobbled up by the kids because of music in which they are wrapped.

WALTER MARTIN: WE’RE ALL YOUNG TOGETHER
Walter Martin of the Walkmen’s first solo family album, We’re All Young Together, has a relaxed, ultra-cool vibe that will appeal to indie music-loving families like mine. With guests from the Yeah Yeah Yeahs and The National, and with the dreamy voice of Kat Edmonson on two tracks, his tunes are full of lyrical treats like the wryly funny, super-catchy We Like the Zoo (Cause We’re Animals Too), a Western-flavored ode to those misunderstood, musical Rattlesnakes, and The Beatles (When Ringo Shook His Mop) which will help your kids remember the Fab Four.

One thing I love is that his kind of scratchy, mellow voice goes so nicely with the sweeter sounds of Kat Edmonson on Hey Sister or Karen O on Sing 2 Me, a song so sweetly unsentimental, it’s my new favorite love ballad.

HULLABALOO: SHY KID BLUES
With a uniquely personal story interwoven between a dozen tunes, Hullabaloo‘s Shy Kid Blues tells the story of band members Steve Denyes and Brendan Kremer, and their enduring friendship since their days as kindergarten classmates. I’m not sure if the story or the songs were conceived first, but it’s impressive how well it all comes together–from Talking Shy Kids Blues which tells of Steve’s days as a quiet kid, to You Can Do This, a supportive song with a great foot-stomping beat.

There is plenty of fun in between the story, from the Latin-flavored Trombone Man to the cool jaw harp twang on H-U-L-L-A-B-A-L-O-O.  It’s a great addition to your collection whether your kids are shy, or anything but.

Check out our archives for more cool music for families.