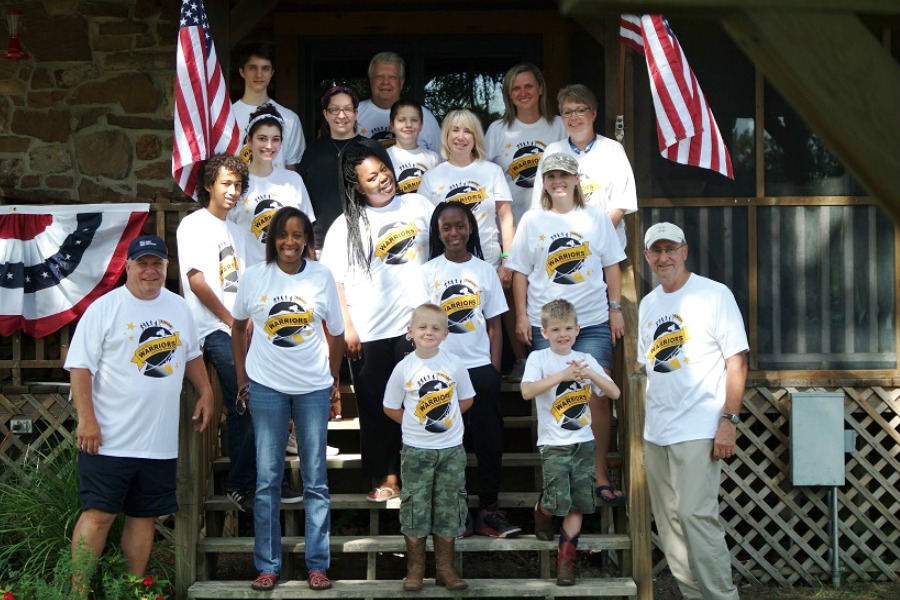 Quite a few of us here come from military families, or have enlistees and veterans in our own lives, which is why we have always been strong supporters of charities for veterans, enlistees and their families. So in honor of Memorial Day, and America’s brave fallen soldiers and their amazing families, took at look at Charity Navigator’s list of top military family support charities to find a few top-rated charities worth sharing.Turns out they have their list of top- rated military charities broken into wounded troops services,military social services, as well as military family support, which is where I found the ones here.

There are so many terrific organizations doing essential work (it’s really worth clicking over to find an organization that speaks to you), but here are just a few I wanted to call your attention to because of their four-star ratings, and outstanding support for surviving spouses and families.

The Children of Fallen Patriots Foundation is dedicated to securing college scholarships to children who have lost a parent in the line of duty, or whose families have suffered combat casualties and other duty related injuries or deaths. They’ve provided more than $10 million in scholarships to support well over 600 scholars over the past 15 years.

Snowball Express (at top) is a military family support charity with a wonderfully-stated mission, and incredibly focused mission: Providing hope and new happy memories to the children of fallen military fallen heroes who have died while on active duty since 9/11. They currently have a fundraising campaign with an ambitious $500,000 goal to support children, and some incredible upcoming events for children and families.

Tragedy Assistance Program (TAPS) was formed in 1994, and offers care and support to those grieving the loss of a loved one who died as a result of military service. Their youth program includes a series of Good Grief Camps which connects mentors, big brother/sister style, to surviving children.

The National Military Family Association was founded by two military wives nearly 40 years ago, to help take care of friends who had become widowed. Their services have grown inordinately since then, and while they help tons of families of active service members, they also offer support and resources for surviving spouses and children.

The Special Operations Warrior Foundation specifically supports the children of special operations personnel from the Army, Navy, Air Force and Marine Corps who lost their lives in the line of duty. They guarantee full financial assistance for college, and offer essential family and educational counseling. You can donate directly, or check out their list of upcoming fundraising events around the country.

Maybe consider choosing a charity you love and donating an equal amount to whatever you spend on your weekend barbecue? It could be the start of a meaningful annual tradition.