18 of the very best romantic movies streaming on Netflix, Amazon Prime, and Hulu in February 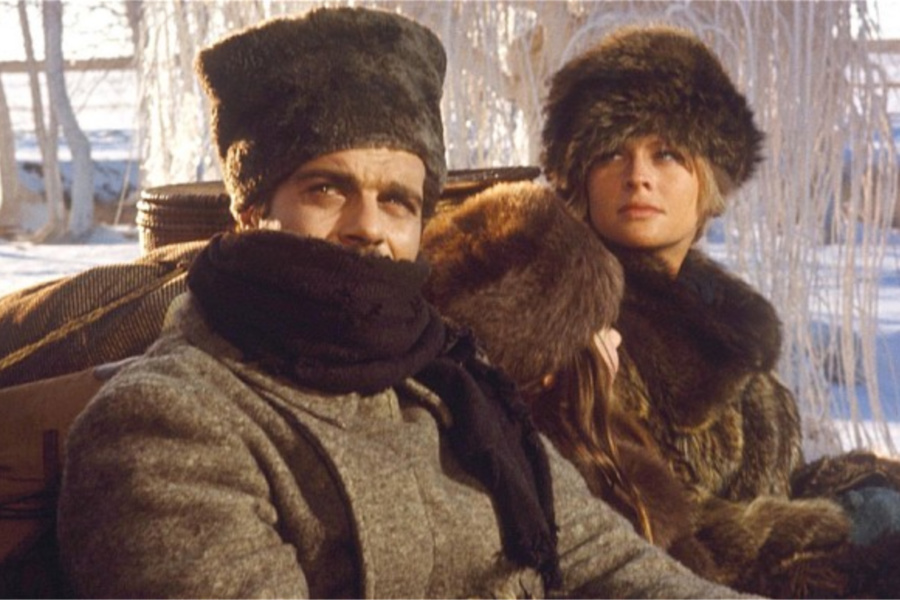 If you’re a parent who’s spending Valentine’s Day on the couch with your sweetheart this like I am, I’ve got a list of the best romantic movies streaming on Netflix, Amazon Prime, and Hulu that you’ll definitely want to check out. Because if you ask me, even a low-key V-day can still be gratifying — if you choose the right film.

We think you’ll choose right with this bunch of streaming romantic films. Whether you like artsy, edgy, musical, hilarious, or just cheesy good fun, you and your squeeze (or galentine!) should be able find the film that strikes the right tone.

Related: 14 sexy at-home date night ideas for parents . . . after the kids have gone to bed. 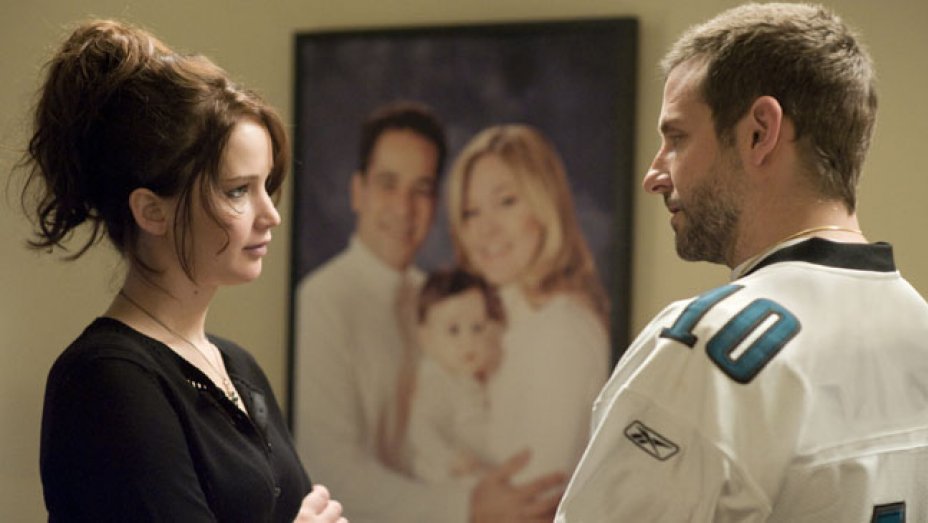 © TWC
Silver Linings Playbook
This brilliant, award-winning David O. Russel dramatic rom-com is perfect for people who don’t tend to like traditional rom-coms. Bradley Cooper and Jennifer Lawrence are both recovering from mental illness when their (very messy) worlds collide, and the outcome is quirky, awkward, hilarious, and free of the usual tropes. Except for that wonderfully cringe-worthy dance-off scene that’s nothing at all like the end of another classic romcom, Dirty Dancing.
The Guernsey Literary and Potato Peel Pie Society
This post-WWI romance is less steamy and more Jane Austen, but if you like a good period piece with pen pals, war, love triangles, and mystery, I think this sweet film will satisfy. It stars Lily James (Downton Abbey‘s Lady Rose) and Michael Huisman (Game of Thrones, Age of Adeline) and that is some good chemistry, right there, my friends.
Ali’s Wedding

This classic story of love in times of evolving tradition does fall victim to a few rom-com cliches, but I’m still so here for it. It’s adapted from comedian Osamah Sami’s memoir Good Muslim Boy and is so warm and endearing, you’ll forget that you’ve likely seen this story of a hero choosing between his family’s wishes and his true love (Think: The Big Sick, My Big Fat Greek Wedding, even Fiddler on the Roof) a few times before. 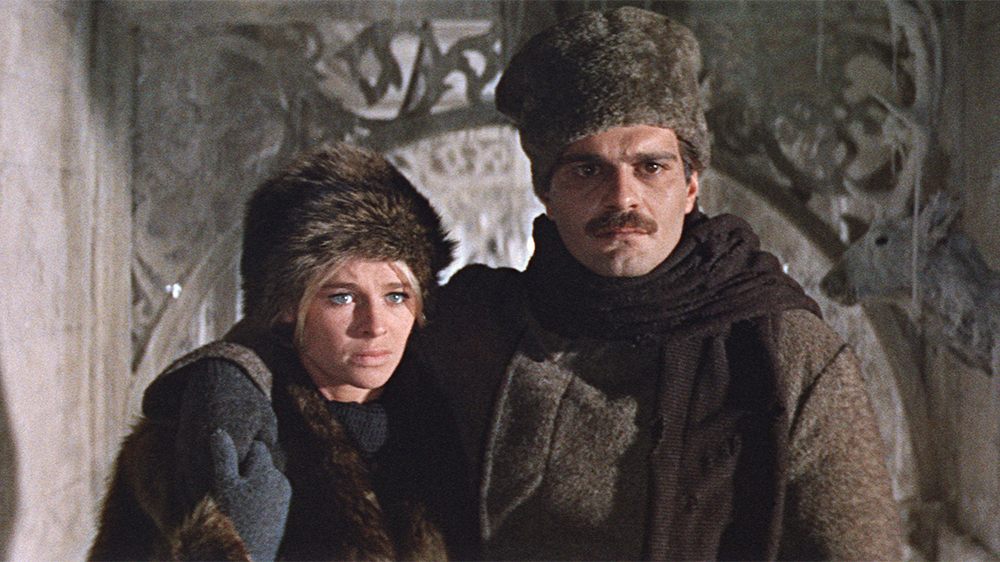 If you can somehow manage to find a free 3 hours and 17 minutes after the kids are in bed, you can catch one of the most classic, most epic, most extraordinary romantic films of all time streaming on Netflix this month. Omar Sharif! Julie Christie! Sir Alec Guiness! Rod Steiger! You’ll be dreaming of the word “Laaaaraaaaaa” for a week, but totally worth it.

Another brilliant period romantic drama that’s not quite so long is this wonderful Merchant-Ivory production adapted from EM Forster’s novel. If you haven’t yet seen it, just think: Anthony Hopkins, Emma Thompson, Helena Bonham Carter, all in glorious turn-of-the-century British mansions and gardens and…yes, it’s all very romantic.

Chocolat
A single mother and quirkyl foreign chocolatier played by Juliette Binchoche (sigh) moves into a small, staid French village during lent, she reveals the ability to intuits her customers’ desires — in chocolates and in life — while shaking up the town. It’s full of fun and romance and magical realism and it’s just wonderful if you haven’t seen it for a while. We acknowledged that Johnny Depp is cancelled in some circles, but delivers a spot-on performance as an Irish river rat and of course, the love interest.
West Side Story
If you’re more of a classical musical comedy fan, it’s hard to pass up one more chance to watch the original 1961 version of Tony and Maria’s ill-fated romance, especially before Steven Spielberg and Tony Kushner’s West Side Story remake comes out — with Rita Moreno returning as Valentina! In fact, see the original if only for Rita Moreno because admittedly, Nathalie Wood as Maria…well, she’s wonderful, but that casting wouldn’t have happened today.
Definitely, Maybe
I have a soft spot for this romantic film that’s no streaming since Abby Breslin, playing the adorable daughter, is such an important part of the love story. Also because, Ryan Reynolds and Isla Fisher. And also Ryan Reynolds. It’s not a critical favorite by any means, but it’s a “good enough” film for a Valentine’s night at home where you just want to cuddle up and not have to think too hard.
Related: 11 anti-Valentine’s gifts for people who hate Valentine’s Day (you know who you are!) 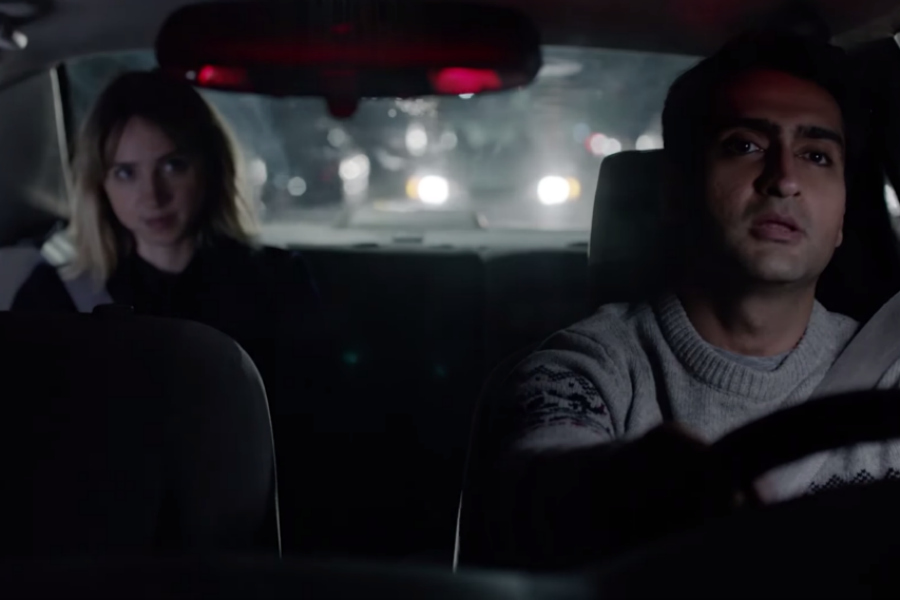 The Big Sick
I can’t say enough my love for this movie. Kumail Nanjiani wrote and starred in this hiliarious, modern, and incredibly poignant film based on his own true story, in which he falls for a non-Pakistani girl, much to his parents’ chagrin — when suddenly his true love falls into a coma right just after they break up. You’ll find the perfect balance of Nanjiani’s signature dry wit with soulful drama, and the result is a really meaningful romantic drama movie for our times.
Sabrina
I just adore this 1995 remake of the classic Billy Wilder rom-com, in which wealthy brothers Harrison Ford and Greg Kinnear do battle for the heart of the now adult (and spectacularly gorgeous) daughter of their family chauffeur, played by Julia Ormond. Yes it’s the most traditional (some might say…cheesy) rom-com structure ever, but if you can suspend disbelief and just enjoy it, it’s wonderful and it holds up so nicely today.
Psst… if you prefer to watch the original 1954 Sabrina starring Humphrey Bogart, William Holden and Audrey Hepburn, you can stream it free on STARZ with a subscription or 30-day trial. 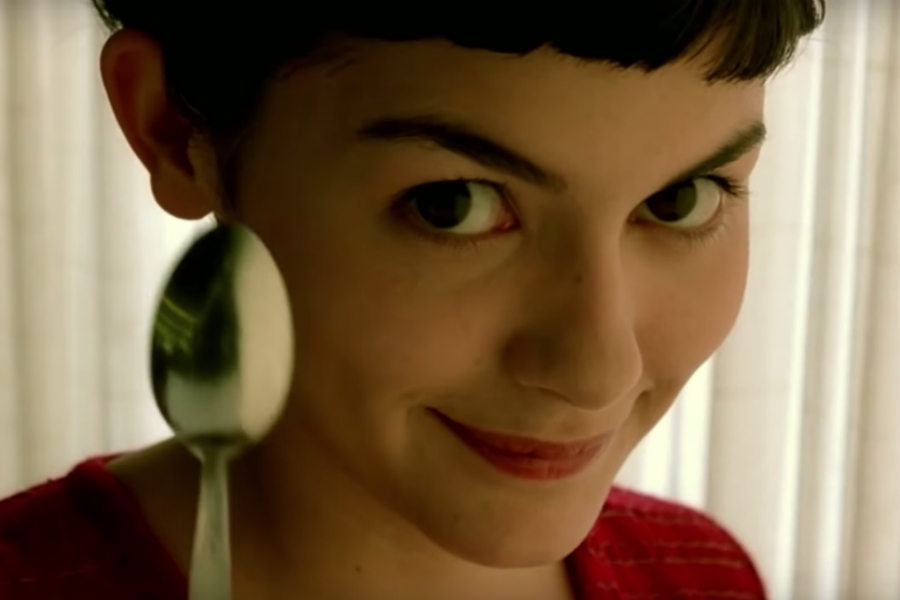 Amelie
A quick jaunt to Paris isn’t a possibility at this point in my marriage (but if you’re like Kristen and can take your whole fam, do it!), but I still love a good Amelie viewing to channel the ethos of that city into my crumb-encrusted living room. If you like a film that’s as romantic as it is twee, this is your best bet.
Four Weddings and a Funeral
This decidedly British romantic dramedy from Hugh Grant’s 90’s heyday holds up quite well, as we follow a group of friends, featuring one commitment-phobic bachelor, navigate…well, four weddings and a funeral. The ensemble cast is terrific — you can’t stop saying, “oh, that’s ____ !” when you see Kristen Scott Thomas or Rowan Atkinson, and Richard Curtis’s script is snappy and fun, but also surprisingly poignant. Especially following Gareth and Matthew’s romantic subplot — they’re arguably the strongest of all the couples, yet living through a time that same-sex couples still had to refer to one another as “special friends.”(Pro tip: Keep an eye out for an uncredited Alan Cumming as an extra in the funeral scene. That’s not a spoiler by the way, as you might have guessed from the title.)
Notting Hill
Want to make it a Hugh Grant double feature? This rom-com (streaming through Starz) remains one of our teams’ collective favorites of all time, and holds up perfectly today. Just the right amount laugh-out-loud funny, sweet, sappy, and edgy, with Grant at his foppish stammering best, and Julia Roberts playing, well, basically herself. Be prepared to make “Horse and Hound” jokes for the rest of your life. 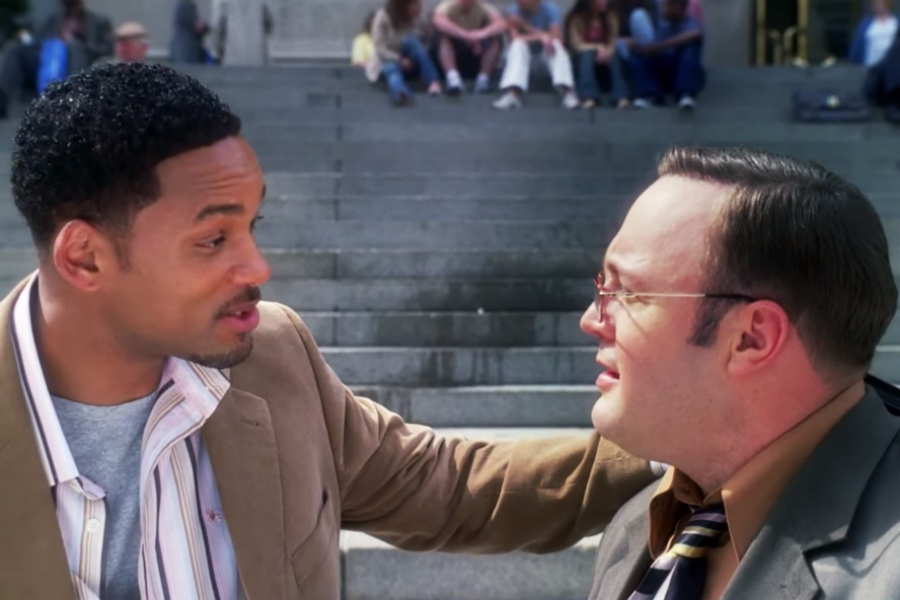 Hitch
This fan favorite may be a few years old, but I never tire of watching matchmaker Will Smith teach a bumbling Kevin James how to dance — no lip-biting allowed.  It’s a sweet, funny boy-meets-girl-boy-loses-girl-boy-gets-girl-back story. And while you can see the twist coming a mile away, it’s an enjoyable rom-com — though  I admit I’m not sure how well it holds up in the #MeToo era.
The Lobster
I have not yet seen this bizarre, darkly dystopian romance starring (a paunchy, ordinary) Collin Farrell and (gorgeous as always) Rachel Weisz surviving in a future where adults must couple up or be killed —  but our editor Liz recently did, and insists on including it here. She says: “ignore naysaying critics — if you like super dark, Black Mirror-esque stories, this is one to watch. Let’s just say it’s a little like the Hunger Games meets Grand Budapest Hotel with a kind of David Lynchian pacing that you won’t be able to get out of your mind. Oh, and John C. Reilly brings some fantastic comic relief.”
Related: 12 creative Valentine’s gifts all supporting indie shops 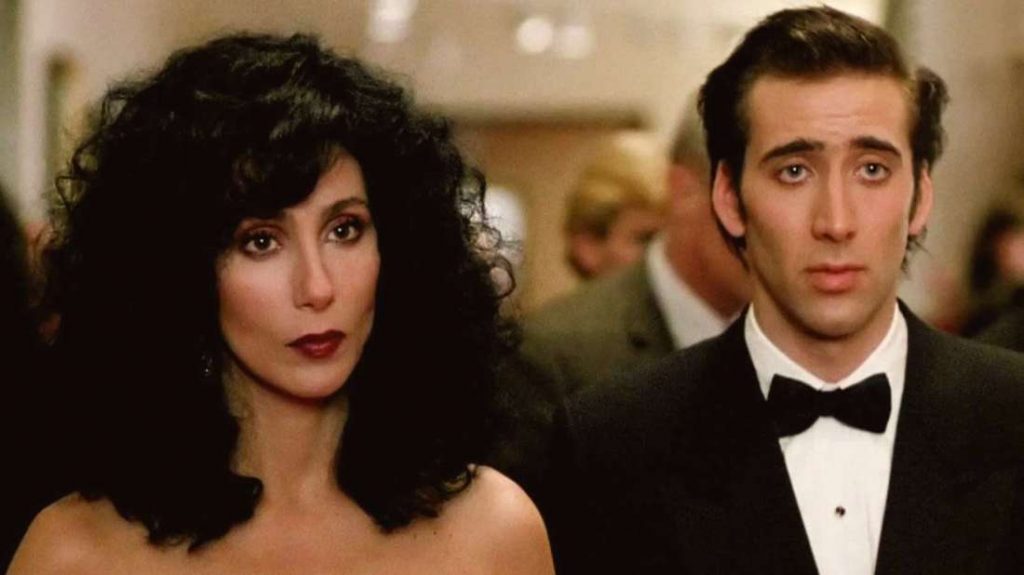 © MGM
Moonstruck
“Snap out of it!” (Come on, you know you want to say it.) This super quotable 1987 Oscar-winner (best actress, best supporting actress, best adapted screenplay) starring the unlikely pairing of Cher and Nicholas Cage is still laugh-out-loud funny. It’s such a classic rom-com, it’s even playing in lots of indie theaters like Alamo Drafthouse  as part of their Valentine’s Night programming — but you can stream it free on Hulu.

Hulu has a few classics of their own streaming for Valentine’s Day, and this Marilyn Monroe and Jane Russel musical comedy spectacle gave us “Diamonds are a Girls Best Friend” and some extremely quotable lines that you may not even realize came from this film.  Dated? Sure. Fun? Absolutely. And if you’ve only ever seen Madonna’s Material Girl tribute to Monroe’s performance, it’s worth seeing the original so you get the reference.