How to play Crokinole: The best game you’ve never played 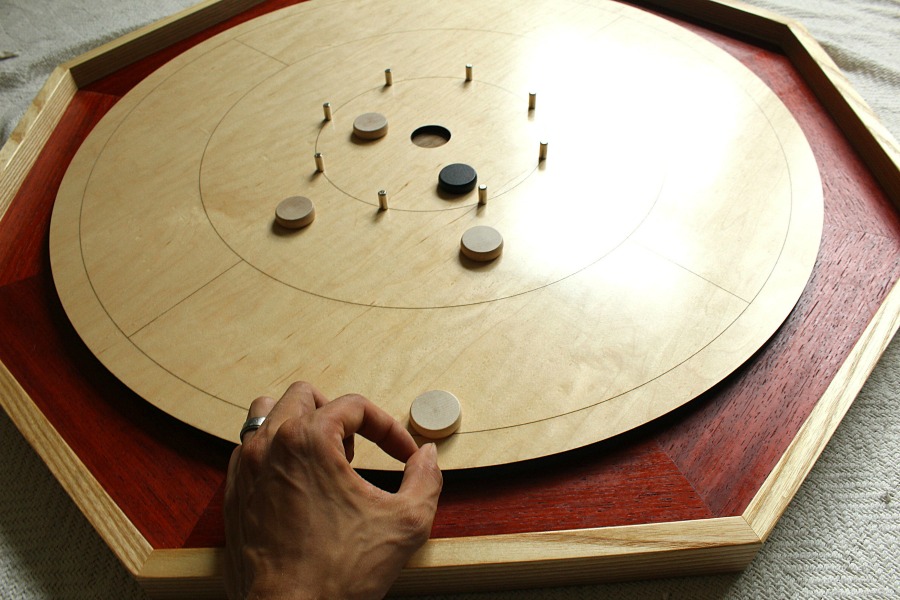 After someone I follow on Instagram mentioned that her family had a blast playing the game Crokinole, I decided to Google it, having never heard of it myself. What kind of board game buff am I? Not a good one, apparently.

Well, as I’ve learned over the last couple of weeks after purchasing my own Crokinole board, it truly is the best game I had never played. And even better, my kids feel the same way.

Related:
7 awesome board games that take 30 minutes or less to play
11 of the best board games for older kids. (Hooray for outgrowing Candy Land!)
Our favorite card games for family game night

Crokinole originated in the late 1800s in Canada. It’s a dexterity game that’s best described as a mix of marbles, tabletop shuffleboard and curling. Intrigued yet?

With either two players or four players split into two teams, your goal is to shoot (or really, flick) discs into the center hole or higher scoring regions of the board, while also attempting to knock out the opposing team’s discs.

It’s so fun for kids and kids at heart. from first graders to grandparents, because there’s no actual strategy required; just some good aim (which you develop with practice), and strong fingers (which you also build over time).

If you want to learn more, or to improve your game, your best bet is to watch this YouTube video, then take a peek at some of the competitors in the World Crokinole Championship. Yes, that’s a thing! 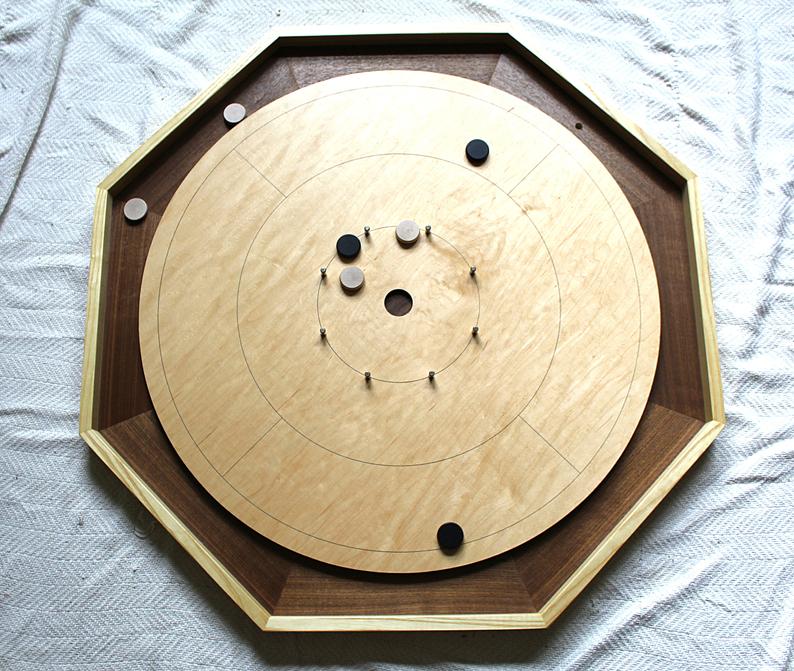 Because the game is not super well-known here in the U.S., boards are not cheap. You can find some Crokinole boards on Amazon that aren’t too overpriced, but I opted to purchase a handmade maple Crokinole board from an Etsy artist called Artisans Anthropods instead as an early holiday gift for my family. (Seen here and above.) When not in use it’s actually a beautiful addition to our walls, but to be honest, we’ve been playing with it pretty much every night, so I’ve yet to actually see it as a wall adornment.

If you’re looking for a cool family gift idea for the holidays that even your teens will love, I highly recommend giving Crokinole a try.

Cool Mom Picks is an Amazon and reward style affiliate.