Smart toys for girls that defy the pink aisle. In other words, no princesses, ballerinas or “fashionistas,” whatever career that is. 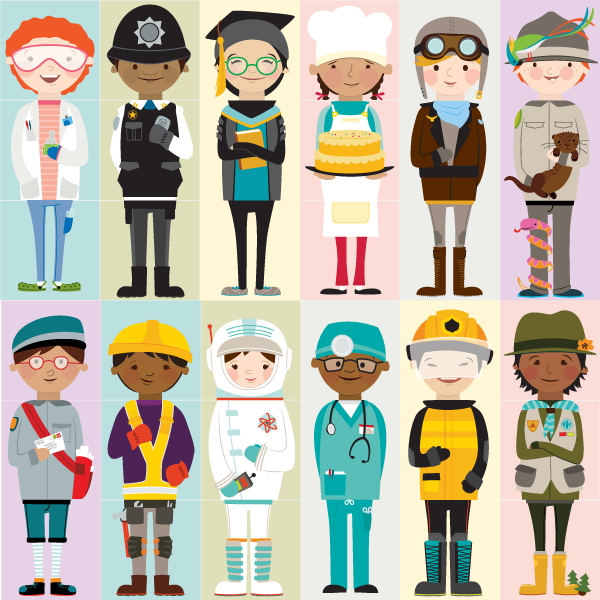 This week at Toy Fair, I must say a progressive mama like me had a much harder time than expected scoping out smart toys for girls that defy the pink aisle. In other words, the girl dolls and figures were wearing something beyond princess garb or sparkly pink lace tulle. To be clear, I have no problem at all with ballerinas or fashion design kits or or traditional little baby dolls swathed in pink gingham–we feature plenty of them here But I have always wanted my daughters (and all the boys out there too!) to have choices. And if there are no manufacturers making toys with broader depictions of girls and what they can achieve, let alone retailers willing to carry the toys in the first place, then we’re in a lot of trouble.

To say nothing of the boys browsing the toy aisles too, as gender stereotypes are reinforced with the inordinate number of fighting toys for them. But that’s another post for another day.

So here, I want to salute some of the companies I saw making great toys that incorporate girls the way they really are today: diverse, ambitious, complex, and wonderful, with aspirations ranging from Astronaut Firefighter Veterinarian Fashion Designer to….sure, ballerina.

ATTATOY MIXMATES
They started as a set of printables called Olliblocks, from designer Alma Loveland, and then a successful Kickstarter campaign lead to the creation of these exquisitely crafted mix and match wooden blocks that feature kids of all kinds, doing all the kinds of things that kids should be imagining they can do.

While the fun of the blocks is mixing the faces with the bodies–animals too–the completed girls in the Mixmate Careers blocks include an astronaut, park ranger, pilot, chef, animal rescuer, and college grad. These are going to be huge, and were one of my top 5 toy picks of the entire Toy Fair. In fact, I want some for myself.

LEGO SETS
While LEGO has taken some slack for their introduction of LEGO Friends (see our very comprehensive analysis on it here), I stand firmly in the camp that LEGO has tons of building toys for boys and girls, whatever their building style–from the more creative play of Friends, to the licensed building sets from movie franchises, the uber popular City Series (happy to see a lone female cop in there even if there could be more), and of course, the general bricks that let kids build anything at all. And I’m pleased to see that the new Friends sets will have more focus on girls’ adventure, with a cool helicopter for Diego-style animal rescue missions.

I do concede there still could be more female Minifigs in the general sets, besides a token Princess Leia or Hermione Granger or most recently, Wyldstyle. But overall I am noticing more women and girls in their non-Friends sets and I hope they keep going in that direction.

I’ll just say my daughter scored the female scientist Minifig at Christmas, she danced like she had just found Willie Wonka’s Golden Ticket. And now, the scientist exists in an imaginary land (in our living room) side-by-side with Shelob the spider from Lord of the Rings, and Mia’s Magic Tricks. Go make a story about that. She sure does.

BUILD AND IMAGINE STORY WALLS
Construction and building sets for girls are not limited to LEGOs, and we’re seeing lots more coming out soon which we’ll be featuring here. While these affordable, collapsible Build & Imagine dollhouse sets (another new trend, by the way) aren’t available for another few weeks, I know my kids will love them. It’s great seeing the way the wooden girls are portrayed in sets like my favorite, the Marine Rescue Center, complete with magnetic accessories like microscopes and veterinary tools. Kudos to founder Laurie Peterson whose vision also started as a Kickstarter campaign. Now? My girls are begging, “can we get that?”

B TOYS
It was so refreshing to find the our old friends at B Toys include in their growing collection the Rrrrolll Models Fire Flyer, featuring both a little boy and little girl as firefighters. It’s a fun product for toddlers and preschoolers anyway, but extra nice that girls can see themselves reflected back as they play. And hey! She’s not even blond! Imagine. 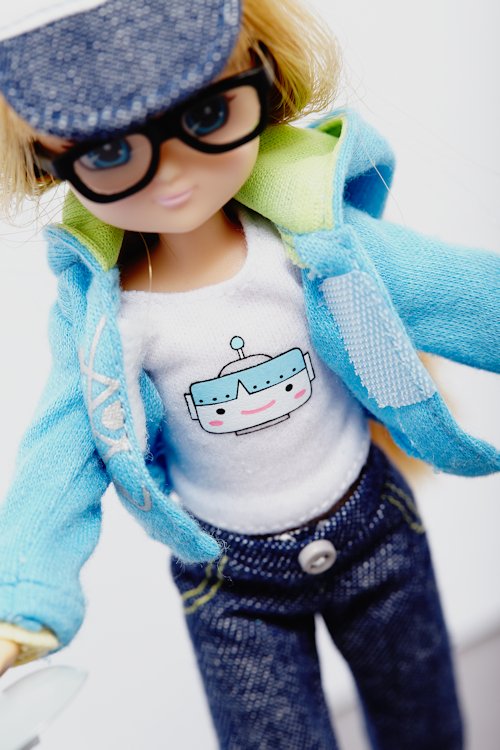 LOTTIE DOLLS
We loved these European dolls as soon as we discovered them last year; they depict a nine-year-old girl looking pretty much like a nine-year-old-girl, with lots of dress-up options for creative play but more original outfits than we’re used to seeing on dolls. While the Pirate Queen Lottie isn’t quite an aspirational career, it’s still a cool move. And I love seeing Robot Girl Lottie who is “a whiz at science fair” along with martial arts expert Kawaii Karate Lotte. (Though it does make me a little sad that a science-loving doll is still such a rarity; not counting the pink and silver astronaut outfit for America’s favorite curvy blond doll).  Additional sets include lots of sports outfits for a Girls United soccer team, a wetsuit for surfing, and more.

A PLEA TO RETAILERS
Please. Pleeeeease. Pretty please stop separating toys  into “girl” and “boy” aisles. At least give kids a choice, by grouping toys by age or building style. Girls like science kits. Boys like dolls. Girls like knights and pirates and Star Wars. Boys like taking care of animals and building treehouses.

In fact, put a LEGO City set next to a LEGO Friends set and you might be surprised how many girls will choose a prisoner transporter or a Camper Van complete with canoe. Though in my experience, girls can row a mean stern too.