Olive Us are excited about the new 1st Film Festival 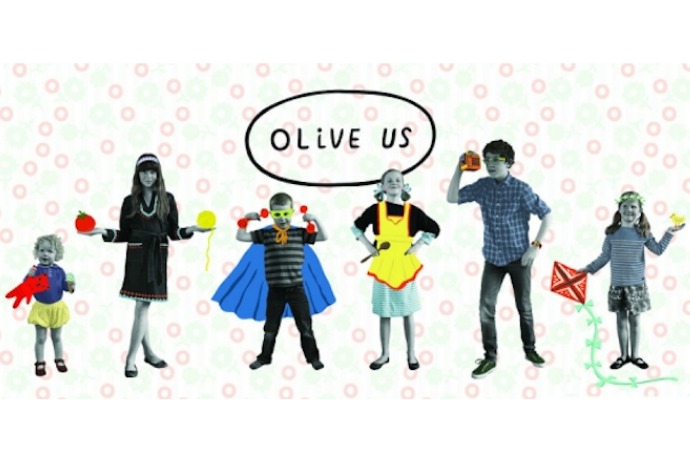 Have you heard? Our favorite filmmaking family of 8 just announced a film festival for children and we couldn’t be more excited!

Our love of Gabrielle Blair and her beautiful family runs deep. From her amazing new Design Mom book to her delightful short film series, Olive Us, featuring all of her gorgeous six (yes, six!) children, she inspires all of our children to get up and “move or make or do,” so we’re quite obviously big fans.

And now the Blair family is launching another fabulous creative endeavour called 1st Film Festival, a celebration of films made by, well, all of us (heh, or should I say Olive Us?). And our kids.

Which means we’ve all got from now until August 22 to create amazing short films and submit them to 1st Film Festival. I can’t think of a better way for siblings to spend their summer than working together to make a film showcasing their lives. Hmmm… could mine make a film of themselves making the film, or would that get too meta too fast?

Might also get a little too fighty too fast, which we definitely don’t want, since one of the most awesome things about Olive Us is how it showcases positive sibling relationships. I love that.

The festival is scheduled for October 17 and, so far, will be an online showing, but they’re working out the details for a possible in-person viewing, too, which would surely be so much fun.

In the meantime, I know talk in my house is going to turn to whether we make a video of big brother teaching little sister how to do circus tricks or little brother throwing down his breakdancing ninja moves like nobody’s watching.

Ready to make your own adorable film for the 1st Film Festival? Check out How to Visit a French Bakery and all the rest of the Olive Us films for a little bit of Olive Us inspiration. They’re still finalizing the review board, the prize packages, and the sponsors, but with the Blair family at the helm, we know it’s all going to be amazing.

Stephanie Slate is an Ontario-based writer, crunchy mom, and celebrity stroller expert. And no, she does not say "eh."
Bio
Twitter