C.O.P.S: A great organization to help support fallen police officers and their families 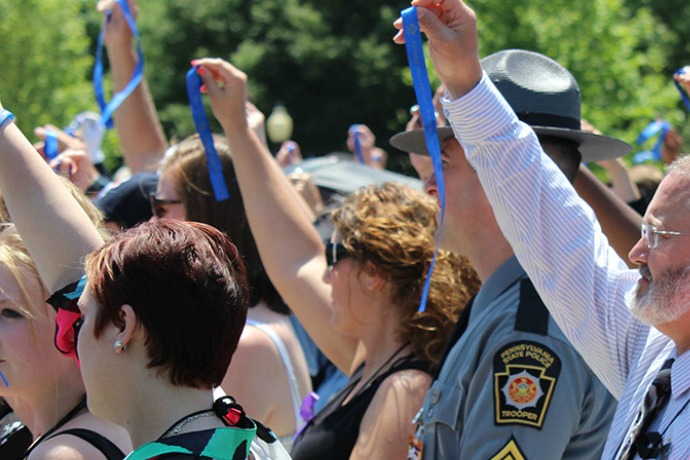 We are running out of words for the unbelievably tragic week America has had, with the latest loss of American lives being the devastating sniper attack on Dallas law enforcement officials last night, after an otherwise peaceful protest. Our hearts go out to the families and friends of the fallen officers, who by all accounts, were unimaginably heroic and protective of their community even in the face of overwhelming horror.

While I’m nowhere near Dallas, as someone who lived through 9/11 just blocks from the World Trade Center, it brings back so much of the heartache we all witnessed in the ensuing days and weeks after the attack, every time we passed the local police precincts and fire stations who lost their brothers and sisters.

I know so many of us are looking for something to do to make us feel less useless, less incapacitated right now. Surely GoFundMe campaigns will start cropping up and other specific initiatives to support the families and the Dallas Police in general.

Until then, we found an outstanding organization committed to the surviving families of brave police officers who have died in the line of duty.

Concerns of Police Survivors (C.O.P.S.) is a 32 year-old non-profit organization currently supporting 37,000 member families. More than 50 chapters nationwide work with them locally on a grassroots level and after 32 years in existence, they’ve earned an impressive 4-star rating from Charity Navigator.

But there’s really so much that they do, if you look around their site, like their Blue Ribbon Campaign during National Police Week, shown above.

It’s not a massive organization; most of their income is derived from government grants and some fundraising events, with only about $1 million in individual contributions and gifts. So surely this is one non-profit that can use the support, and will be sure to put it to good use. Whether to help the families of the Dallas officers directly, or other survivor law enforcement families who must be suffering greatly too right now.

We imagine it may help you too.