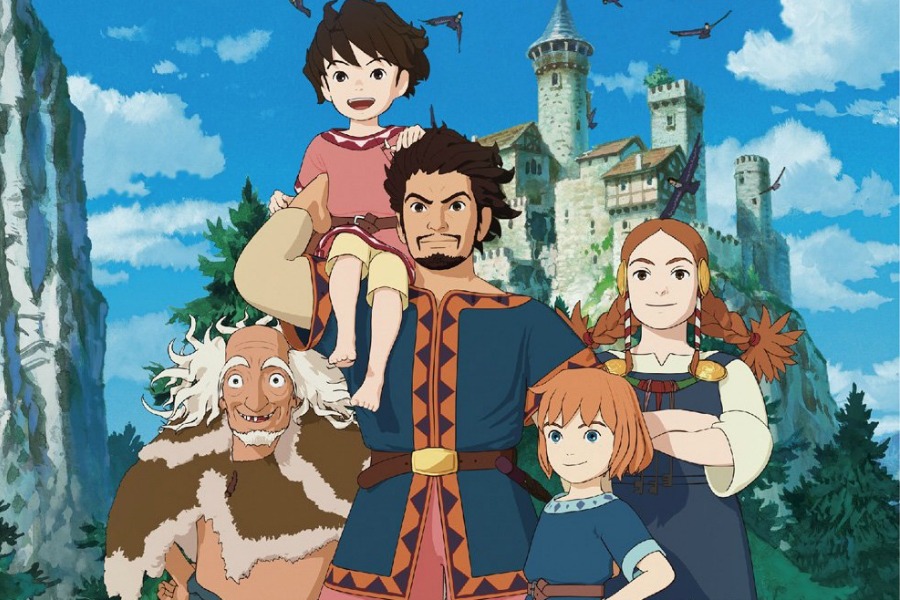 If you’re totally into Totoro and your kids howl for Howl’s Moving Castle, you fans of Studio Ghibli are going to want to know about Amazon’s newest series for families, Ronja, the Robber’s Daughter.

It’s based on the book by author Astrid Lindgren of Pippi Longstocking fame.It’s directed by Goro Miyazaki, as in the son of Hayao. Oh,  and Gillian Anderson narrates it.

Related: 9 great TV shows for tweens that you might not have considered

My kids and I caught a sneak preview of this exclusive English adaptation of the Japanese series, and I think Ronja is everything families love about Studio Ghibli’s impressive roster of quirky, animated fables.

The setting is magical, the main character is a fierce female, and her world is filled with harpies, wolves, masked robbers, and forest creatures of both the adorable and terrible kind. The characters are funny and filled with heart, and often surprising — like when the Robber King and his men utterly lose their cool as they fall in love with baby Ronja.

I found the first two episodes magical and enjoyable, however I will warn you that I have yet to see any actual conflict that kicks off the plot. The 26-episode series takes its time, and I’m guessing that as with many binge-ready streaming series, you’ll have to give Ronja a few episodes for the adventure to begin. Likely, when 10-year-old Ronja takes her first foray into the forest and meets Birk, the son of her father’s rival, creating a Romeo and Juliet-esque conflict between loyalty to her family and loyalty to her friend.

I’m hanging in there though, because i suspect that I’m going to get tear-jerked later in the series, in the best possible way.

You know how Ghibli loves to hit us in the heartstrings. Oof.

Whether your kids will enjoy it depends on whether they like this kind of decidedly non-American, non-traditional type of storytelling. In other words, this is not Disney or Pixar.

My own 10-year-old daughter was admittedly more into the first episodes than my 8-year-old son, who got restless watching a baby being born and navigating toddlerhood. Then again, he’s at the age where he thinks babies are embarrassing and terrible.

However I’m guessing Ronja will be a big hit with all Ghibli animation fans, while providing a much-needed replacement for fans of Avatar: The Last Airbender.

Plus, how refreshing to delve into a show made for kids without a single fart joke or bad lip-synching. Yep, my family TV-watching routine definitely needs more Ghibli.