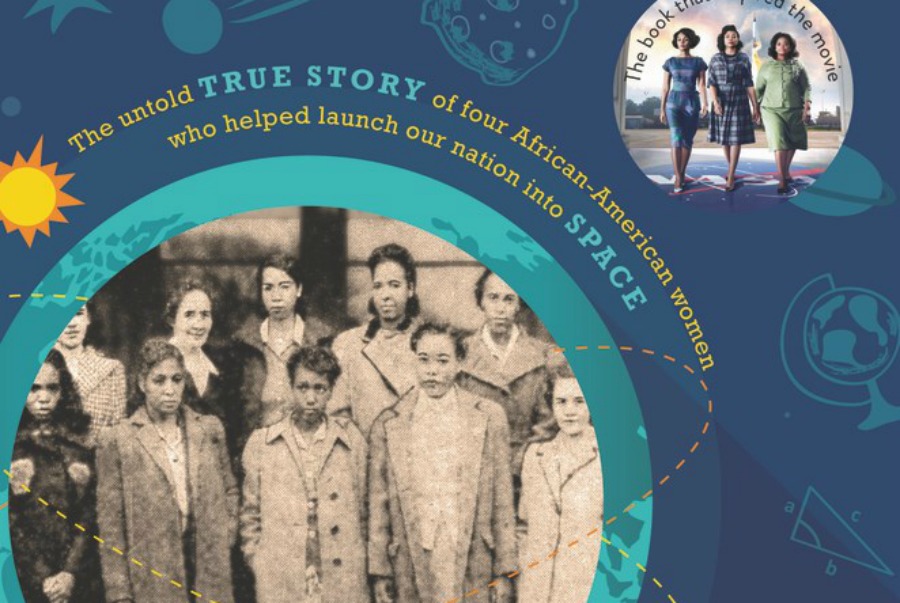 It’s safe to say that during Black History Month in particular, our children are learning all about our nation’s great civil rights leaders, like Martin Luther King, Jr. and Rosa Parks and Frederick Douglass. But, if you’ve seen (or, heck, even heard about) the film Hidden Figures, it’s been an awakening for a lot of parents and educators that there are so many more African-American pioneers who deserve the spotlight too.

Even my mother-in-law, an 83-year-old Black woman, had never heard of Katherine Goble Johnson, Mary Jackson, or Dorothy Vaughan — the brilliant women who were instrumental in helping launch the first U.S. astronaut into orbit.

Inspired by the heroines of Hidden Figures, I’ve put together a list of some of my favorite children’s books about lesser-known African-American pioneers whose stories our children may not be studying in school.

It’s my hope that these inventors, activists, innovators and leaders of all kinds become a part of my children’s history lessons — every day, and not just for one month out of the year. Because  you never know just which person, or which story, will inspire a child and potentially change the course of their life forever.

This inspiring picture book tells the story of one African-American pioneer your kids will definitely be able to relate to: the remarkable 9-year-old Audrey Faye Hendricks who joined other children in a Civil Rights March in Birmingham, Alabama in 1963 to stand up for equality and justice. She became the youngest known child to be arrested for a civil rights protest and what blew my own kids’ minds was that at just 9, she was  jailed for a week. Wow.

While the books obviously covers some tense issues, I think that Levinson handles them delicately, making this a great book for readers as young as first grade. Ultimately, I think it’s the bravery of Hendricks that will inspire both boys and girls most. And the lesson that you are never too young to make a change in the world is certainly a message I want my own girls to embrace.

My biracial, STEM-loving daughters were so inspired by the true story of NASA’s own Black female mathematicians; not only because of their brilliant “computer-like” minds and their remarkable achievements, but because of the uphill racial and gender battles the women had to fight every step of the way.

This picture book biography tells the story of Harriet Powers, an artist who was born a slave in Georgia in 1837 and was freed by the end of the Civil War. Once free, she became a quilter who used her skills to earn a living wage and to raise her family; she eventually was able to purchase her own cotton farm. Remarkably, Powers (who never did learn to read) used her gorgeous quilts to tell stories. And over time, the quilts became an important part of African-American folk art. My family was lucky to see her work at an exhibit at our local museum a couple of years ago. Currently, some of her work can be seen at the Smithsonian National Museum of American History in Washington, D.C., so if you’re planning a trip there with your family in the near future, this would be a terrific book to check out ahead of time.

The “Getting to Know the World’s Best Inventors & Scientists” series simplifies biographies into a cartoon-like format, which will appeal to lots of middle-graders And while they aren’t the most erudite of books, they are a great starting point for kids to learn about lesser-known pioneers in the field of science, such as the great Daniel Hale Williams.

When Dr. Williams started his career in Chicago in 1883, he was one of only three Black doctors in the field of medicine. Ten years later, he performed one of the first successful heart operations in the United States, and his advocacy and brilliant work, helped to open up the field of medicine to African Americans — including my daughters’ own late grandfather Dr. Edwin C. Gilmore.

Clearly this one is a hit in our own house.

Talkin’ About Bessie: The Story of Aviator Elizabeth Coleman by Nikki Grimes, Earl B. Lewis

In 1902, 11-year-old Elizabeth “Bessie” Coleman was so inspired by the Wright brothers’ historic flight, she vowed to become the first African-American female pilot. And at age 24, she did — all in spite of her battles with poverty, hardships, and horrible racism stacking the cards against her.

While her accomplishments paved the way for other Black women to enter the field of aviation, sadly, Coleman died in a crash 10 years later.

While Coleman is certainly better known than a lot of the African-American pioneers in the other children’s books mentioned here, she’s not yet a household name like Rosa Parks or Harriet Tubman. Which is why I highly recommend this award-winning biography, which relates Coleman’s story in an engaging journalistic way, creatively using a variety of eulogies from her funeral.

I think this title is probably better for older elementary or tween readers. But if you have younger kids who will be fascinated by Coleman’s story, I highly recommend Queen Girls’ Bessie Queen of the Sky, which tells the same story but in a very kick-ass fairy tale kind of way.

What Color Is My World?: The Lost History of African-American Inventors by Kareem Abdul-Jabbar

Basketball great and activist Kareem Abdul-Jabbar authored this children’s book because he wanted young kids to learn more about what he calls “the lost history” and accomplishments of Black inventors. His subjects include people like James West, whose foil-electret microphone invention made the cellphone possible; and Percy Julian, a chemist who was a pioneer in the field of medicinal drugs.

This book (which has been a Cool Mom Pick favorite for years, actually) is chock-full of historical facts that are presented in an easy-to-read way. I think kids will appreciate the unique format; it’s written as fictional prose but includes mini biographies in fold-over flaps throughout the book. This book is one of my very favorite picks for Black History Month, and an excellent resource for the family library all year long.