Why the awesome new Wonder Woman doll from Mattel is worth waiting for. 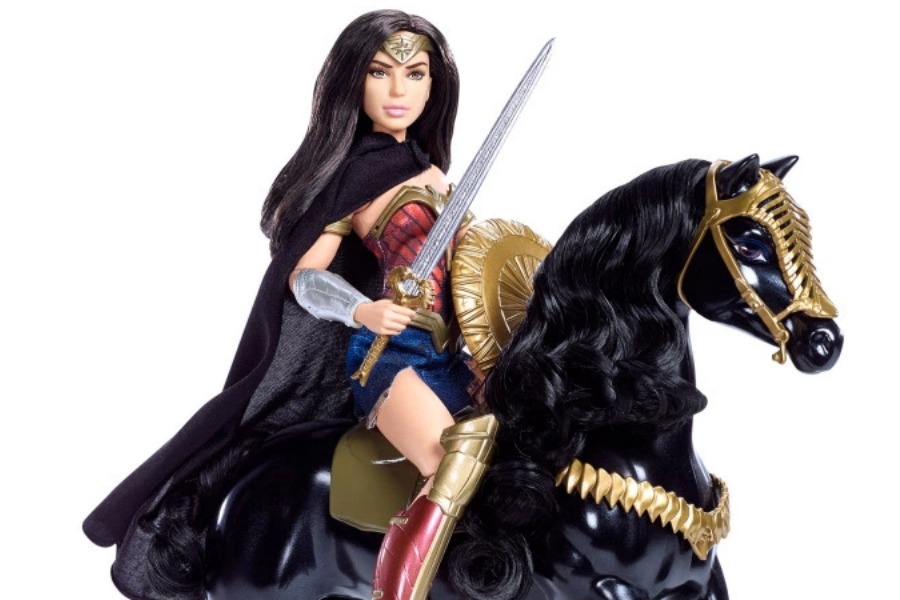 The Wonder Woman movie isn’t out until June, but the new Wonder Woman doll from Mattel will give little girls plenty of fierce dreams until then.

Ahead of this weekend’s New York Toy Fair (which we’ll be covering, of course!), Mattel unveiled several Wonder Woman figures to support the film (as one does these days) exclusively through Entertainment Weekly, and you have to check it out.

Based on Gal Gadot’s arse-kicking depiction of her in the Patty Jenkins-directed Wonder Woman (whoo, more girl power!), you’ll find  Diana in training gear, a party dress disguise, and fantastic armor. There are also majestic horses, Queen Hippolyta, and a miniature version of Chris Pine as Steve Trevor. Swoon.

As a graphic novel author myself, who was once a big Wonder Woman fan who gave up on finding a doll that spoke to me back when I was a child, I am utterly charmed.

Related: 13 amazing superhero gifts for girls who can (and will) do anything

Yes, it’s mass-produced plastic — and yes, we tend to support more indie action figures like the fantastic ones from I Am Elemental.

However we would all argue argue that this, too, is a worthwhile purchase, because for just $14.99, you’re sending Mattel a loud and clear message that there’s a market for more empowered girl dolls. Even if we know that no real woman in her right mind would fight bad guys in a strapless corset and miniskirt.

Of course if you can’t wait until the summer, there’s also the new Barbie Collection Wonder Woman doll from Batman vs Superman: Dawn of Justice which happened to have been released today. But I’ll wait for the Wonder Woman who doesn’t get third billing.

Now how much for a time machine to deliver the new Wonder Woman doll to the 1985 version of me?

Keep an eye on your local toy store — and pretty much every store —  for the new Wonder Woman doll from Mattel coming out summer, 2017.  To see the full line right now, visit EW.com.