The US Negro Nurses of WWII | Women’s History Month Stories to share with your kids. 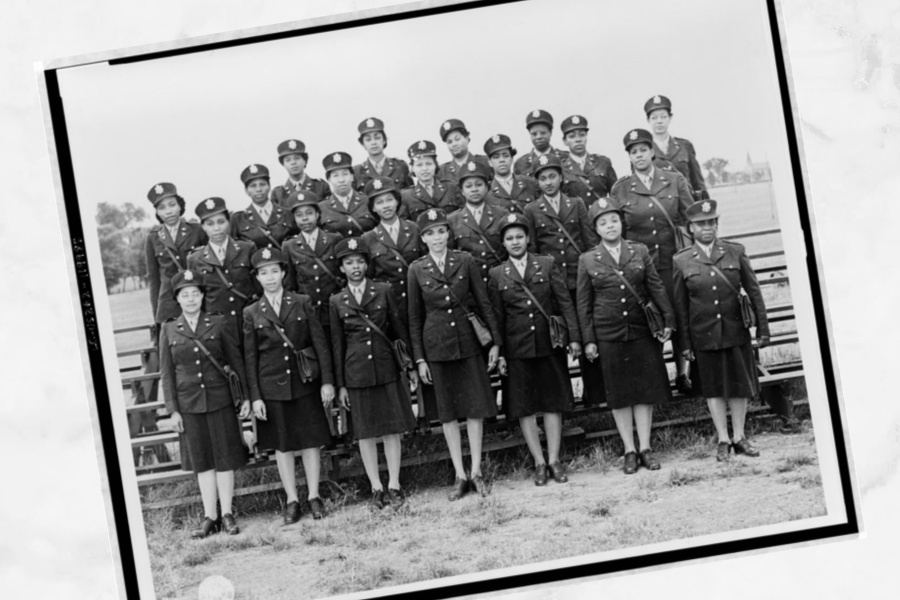 I believe if Women’s History Month gives you an opportunity to learn even even one single new story about important women in history who you didn’t know before — and then share that story with your kids — then that would be fantastic.

So I decided to put together a series throughout the month in which we share some of the lesser known stories about women in American history, with the hopes that they’ll become, well, better known stories. Starting with the remarkable story of the Negro Women Nurses of World War II.

Above: The first Black nurses to land in England, 1944 | US Signal Corps via Library of Congress

Related: Take a peek inside the new I Am a Rebel Girl: A Journal to Start Revolutions. It’s wonderful. 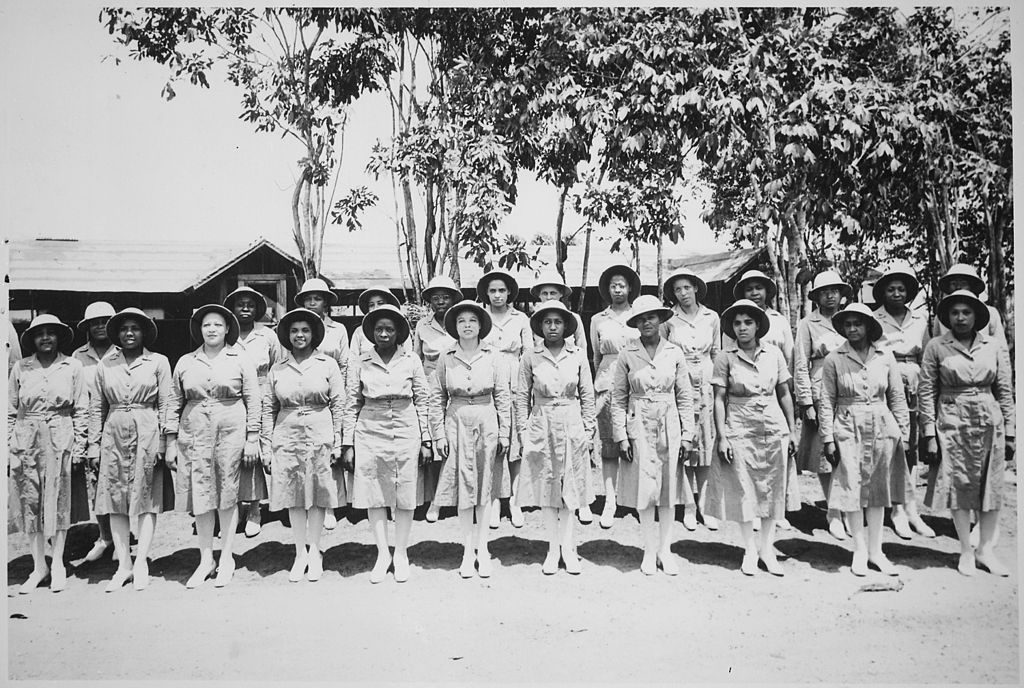 I clicked over to Women’s History Month website, which features some incredible collections of illustrations, portraits and snapshots all archived digitally in the Library of Congress and found one section labeled, African-American Women Changemakers, I was instantly drawn to a photo of 24 of the first WWII Negro Military Nurses dispatched to England in 1944 that lists each of their names, ranks, and hometowns

How do you not want to learn more about that?

It turns out the story is far more compelling than you’d know from the caption on the Library of Congress site. According to a remarkable 2018 article by Alexis Clark in Smithsonian Magazine, these women officers fought like crazy for their positions in the first place.

After much struggle, only 56 black nurses were admitted into the U.S. Army Nurse Corps in 1941. Three years later, as the war hit its final year, there were merely 300 Black women in the entire Army Nurse Corps, which had 40,000 total members. Not because of lack of interest or qualifications or even need, but because of a 300-person government quota.

And yet those women, serving their countries, dispatched away from family, suffering through wartime like every other officer —  were exclusively tasked with caring for German POWs in American camps. As in, the same Nazi soldiers who had dedicated themselves to imprisoning, torturing, sterilizing, and murdering Blacks in the name of white supremacy.

As if that weren’t insult enough, all African-American soldiers, including the women nurses, were forced by American military protocol to refer to the Nazi POWs as “Sir,” validating the very Nazi principle of white superiority.

Even when the Army Nurse Corps was desperate to grow its ranks in 1944 to care for wounded American soldiers, applications from 9,000 Black nurses went ignored. And that generated an appropriately indignant response from Black leaders including Congressman  Adam Clayton Powell Jr., who called it “unbelievable” that our leaders would rather our wounded soldiers “face the tragedy of death rather than allow trained nurses to aid because these nurses’ skins happen to be of a different color.” 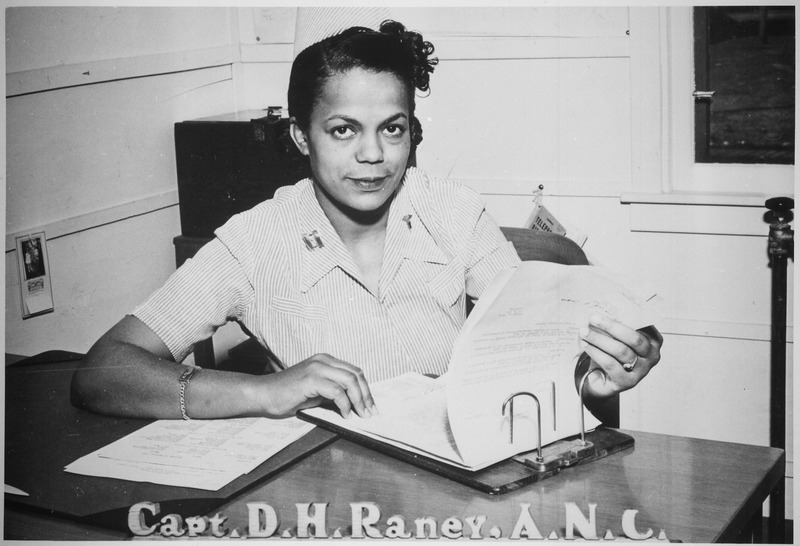 Eventually, with much pressure and letter-writing, and political advocacy, more Black nurses were included with their roles expanded; the women were dispatched around the US and even overseas (if specifically to care for Black soldiers), in Asia, Australia, Liberia, the South Pacific — and, as seen in the photo above, England.

What changed? The National Association of Colored Graduate Nurses and other civil rights organizations sought out the support of First Lady Eleanor Roosevelt, who was well-known for her authentic commitment to advancing civil rights. She convinced the Army Surgeon General to make the change, for both moral and, admittedly, practical reasons.

To me, this is less of a White Savior story happy ending (though it may be presented that way depending on the source), and more of a lesson about the essential need for those in power to speak up on behalf of those who are not, if we want to make change. It’s a lesson about true alliance, and a good one for current times.

Interestingly, in a 2001 Chicago Tribune article about the forgotten Black women war nurses, at the time, surviving WWII veteran, 1st Lt. Prudence Burns Burrell, said of her fellow Black women WWII nurses, “Nobody seems to be interested in this junk anymore.”

Keep an eye out for more fascinating women’s history stories that we think kids will love. And if you have any ideas for stories you’d like to see told, let us know.!