The long-awaited Hamilton film is coming this summer to Disney Plus! Here’s how to watch. 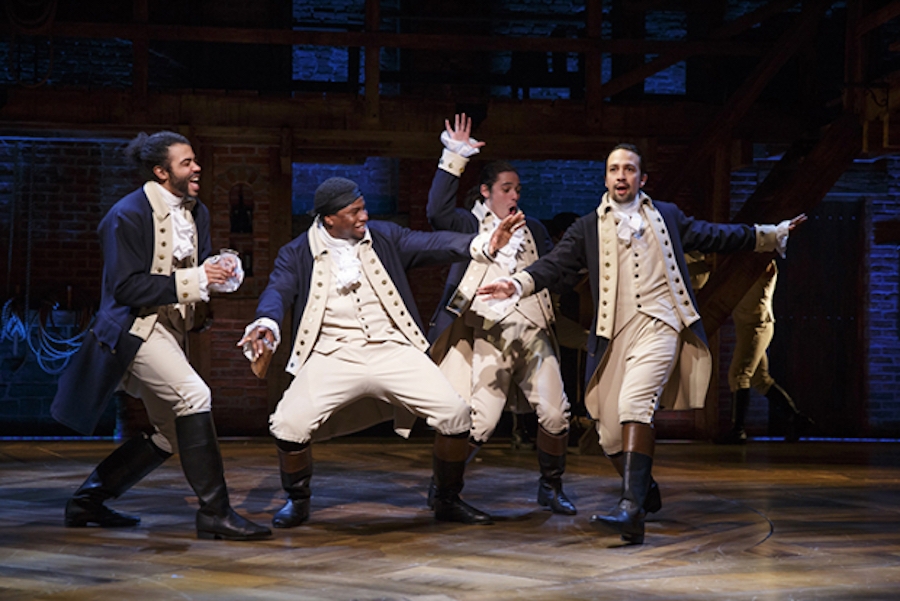 It’s hard to argue the fact that Hamilton has done for musical theater (and for American history) what Harry Potter did for reading a decade or so before, turning an entirely new generation of kids — and especially kids of color — into fans of the performing arts.

As readers may know, I am a huge theater fan and advocate, because nothing transports us quite like the experience of incredible live theater. Seeing Hamilton live on Broadway with our four girls — after years of listening to the soundtrack on a loop, looking at their fan art, reenacting the Schulyer Sisters at family reunions — was one of the most incredible memories I may ever have been privileged to have as a parent.

And now, we’re all going to get to see it! At least if you have a cable box.

Because today, Disney Plus announced that they are fast-tracking the premiere of the filmed version of the original Broadway production of  Hamilton on July 3, 2020 to allow hundreds of thousands of families to experience every second of it.

Maybe even millions, considering the premiere will be streaming worldwide.

Related: Disney+ and the domination of our streaming overlords | Editors’ Top 10 of 2019 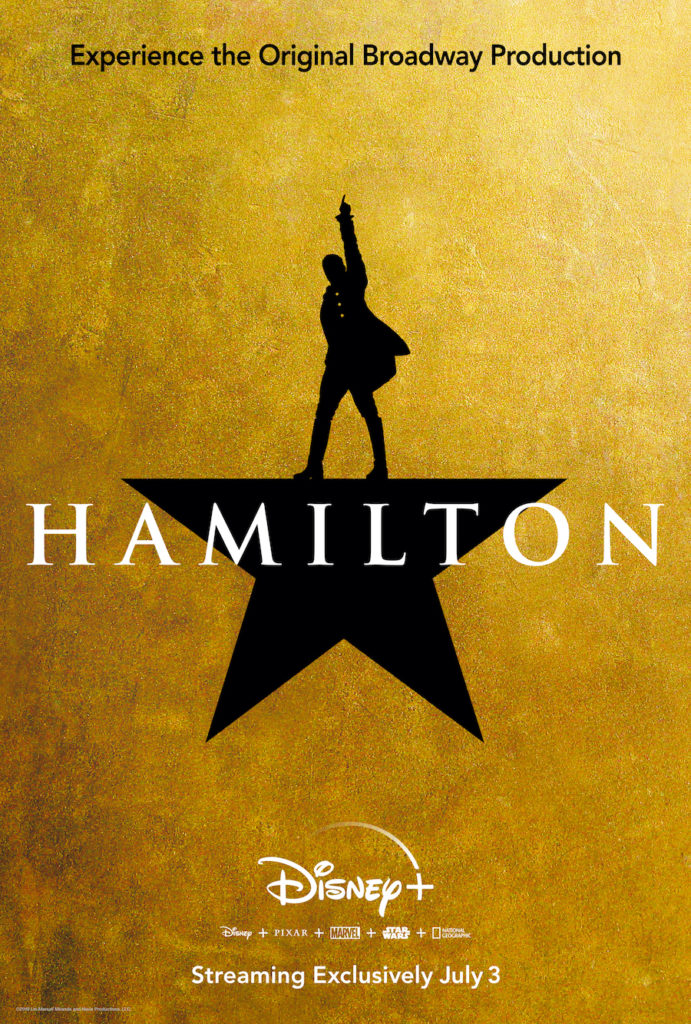 It was supposed to be released as a film in theaters starting summer of 2021, and I am giving a 10-minute standing O to this decision.

Oh, and when they say original Broadway production, by the way, it truly is — the footage was filmed at The Richard Rodgers Theatre in summer of 2016, less than a year after it opened. So you can expect to see the whole 11-Tony-award-winning cast including Lin as Hamilton, Leslie Odom Jr. as Burr, Daveed Diggs as Jefferson/Marquis de Lafayette, Anthony Ramos as Laurens/Phillip Hamilton, Christopher Jackson as Washington, Okieriete Onaodowan as Hercules Mulligan/James Madison, Jonathan Groff as King George. As for the incredible trio of Schuylers Sisters, they’re played by Phillipa Soo, Jasmine Cephas Jones (also playing Maria Reynolds) and Renee Elise Goldsberry. Wow.

We even get to see Thayne Jasperson in the ensemble; notable, because he’s the last remaining member of the original cast. Keep an eye on him — we saw him play Laurens/Phillip and he was phenomenal. And when it opens once again on Broadway, I hope he’ll be there then, too. 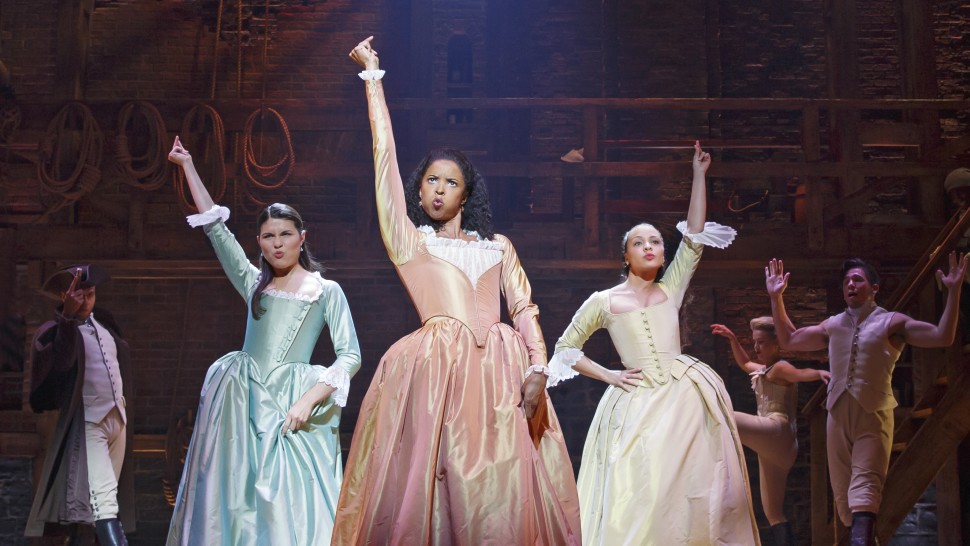 Now of course this isn’t quite live theater. It will never take away from that feeling of stepping through those Broadway doors for the first time, handed a Playbill, and being shown to your velvet-covered seats while the orchestra warms up right in front of you.

But we’ve been told to expect something special here, some kind of cinematic stage performance that’s a cross between live theater, film, and streaming, making it “a whole new way to watch Hamilton.” Lin-Manuel even claims that it makes every viewer feel like they have the best seat in the house.

For a $6.99/month subscription (or a 7-day free trial, ahem), you do the math on the final “best seat in the house ticket price” per family member.

In a world turned upside down, with a summer that will look like who-knows-what at this point, I’d say this is something we should all mark on our calendars. At least until you can all come back and visit us here in New York, the greatest city int he world, supporting live theater and performing artists once again.

Keep an eye on the Disney Plus and Hamilton social media pages for more info about  the live streaming of Hamilton on July 3, 2020. I don’t know if I could think of anything else I’d rather stream simultaneously with all of the world right now.