10 voting rights organizations making sure all our votes count. Here’s who we’re supporting. 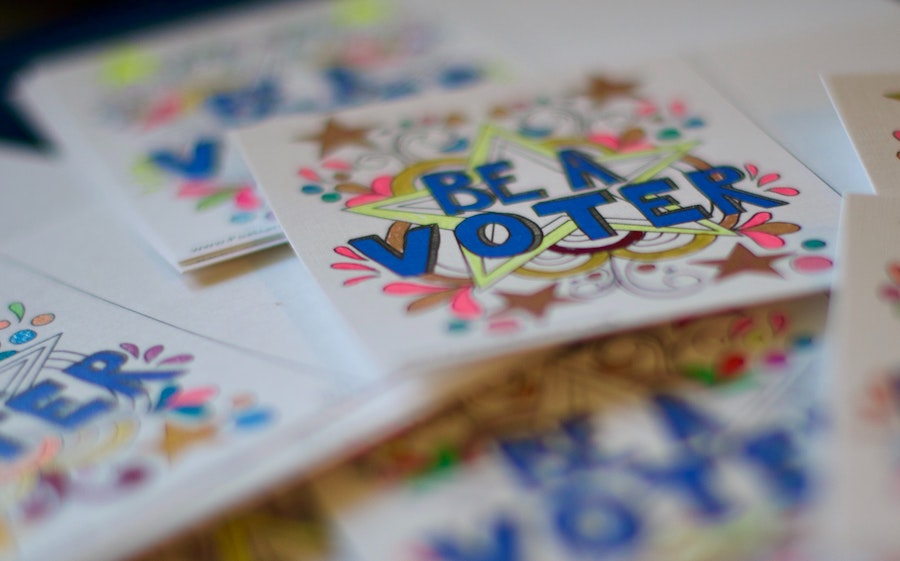 Each November, we urge our readers to vote, but this year in particular voting rights organizations are also top of mind for us, since they’re working so hard to make sure we can actually vote in the first place.

Whether Tuesday’s election is a biggie for you (I’m looking at you, Virginia) or if it is like mine, relatively quiet, I think we can all agree that voting in every single election is super important, for every candidate up and down the ticket, including ballot measures.

Surely every parent by now has seen some of the things that elected school board officials have been trying to do — and have wondered what you can do, besides reacting with horror.

Well first of all, go out and vote.

Beyond that, it’s important that we all work to preserve free and fair elections for everyone, a basic tenet of democracy that’s shockingly at risk thanks to bad faith actors’ false claims of voter fraud, which have been widely and solidly debunked. There is no widespread voter fraud. What there are however, are people who would use lies as ways to take away our votes in an attempt to gain or maintain power. 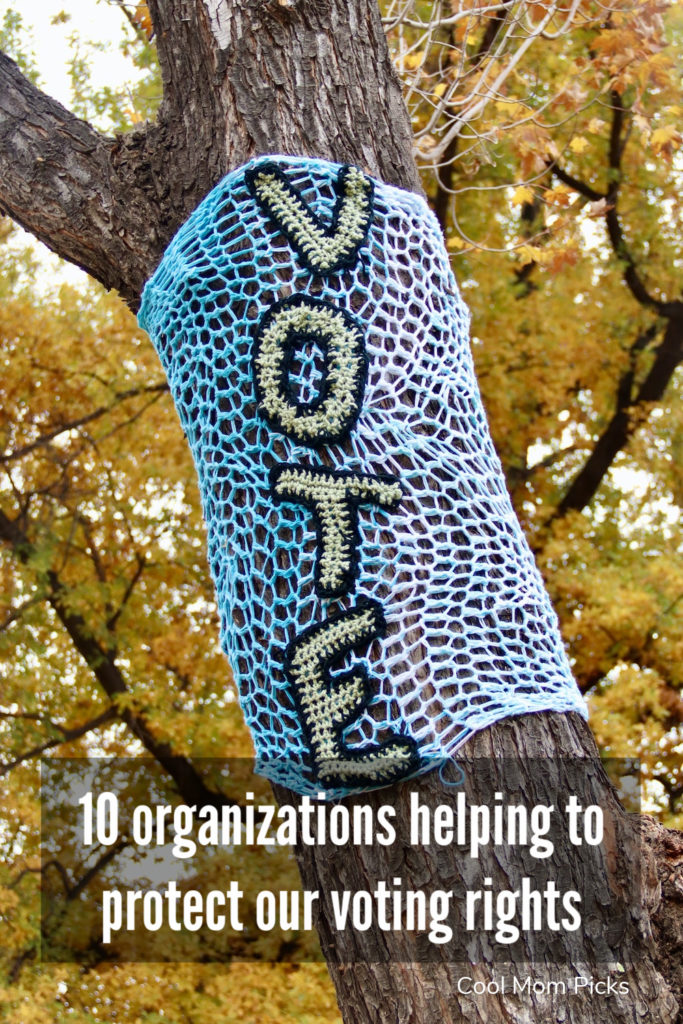 So everyone here has been looking to voting rights organizations that will make sure every voting-eligible American gets the chance to have their voice heard. After all, there’s no “we the people” when people face excessive obstacles to voting, when gerrymandering destroys our representational government, or when our votes are compromised in some other way.

It’s not an exaggeration to say democracy is at risk.

So I hope you’ll spend a few minutes looking over this list of voting rights organizations that we love and support. Perhaps find one or two with a mission really speaks to you, and then find out how you can help them in their important work, whether through a small donation, recurring monthly contributions, volunteerism, or simply amplifying their messages on your own social feeds.

Related: Voting help and Election Day resources: All the help you need to find your voting place, watch the polls, report voter intimidation and more.

I’m so tired of the influence that huge corporations and the 1% have on our government, which is why Common Cause really speaks to me as a voter’s rights organization. I love that they’re fighting so hard to pass the Freedom to Vote Act which would make it easier for all Americans to vote, and also would block the racist gerrymandering efforts that have been employed for decades to ensure victories for minority parties counter to the will of the majority.

The non-partisan voting rights organization League of Women Voters promotes issues that support women’s rights, which I can get behind 100%. Formed six months before the passage of the 19th Amendment, their current voting rights causes include expanding voting access and fighting voter suppression among marginalized groups across the country.

The NAACP LDF is a highly impactful legal organization that uses the might (and resources) of the NAACP to fight current and proposed structural limitations on voting for people of color. I appreciate their Guide to Local Elections which explains the importance of voting in elections for school boards, sheriffs, city council and other local races, since these smaller races have a huge impact on your local communities of color. They also have a great page on how to research candidates and ballot proposals through unbiased sources.

A donation to the ACLU supports not only their Voting Rights initiatives but also many other causes they advocate for such as women’s rights, reproductive freedom, immigrants’ rights, LGBTQ rights, and religious liberty: It’s like a Greatest Hits list of important causes to me. I love this bad-ass voting rights  organization that inserts itself into so many important legal fights for the greater protection of democracy and our civil liberties (obviously), and has been doing so for about 100 years.

Created by absolute icon Stacey Abrams, who has made a huge impact in recent Georgia elections and thus the US Senate, Fair Fight Action aims to make elections in Georgia and the rest of the U.S. more equitable. I love their focus on making voter registration easier, since I personally think voting should be an automatic right for any qualified US citizen when they turn 18. Increasing voter turnout and making sure those all-important absentee ballots are properly counted are also core issues. 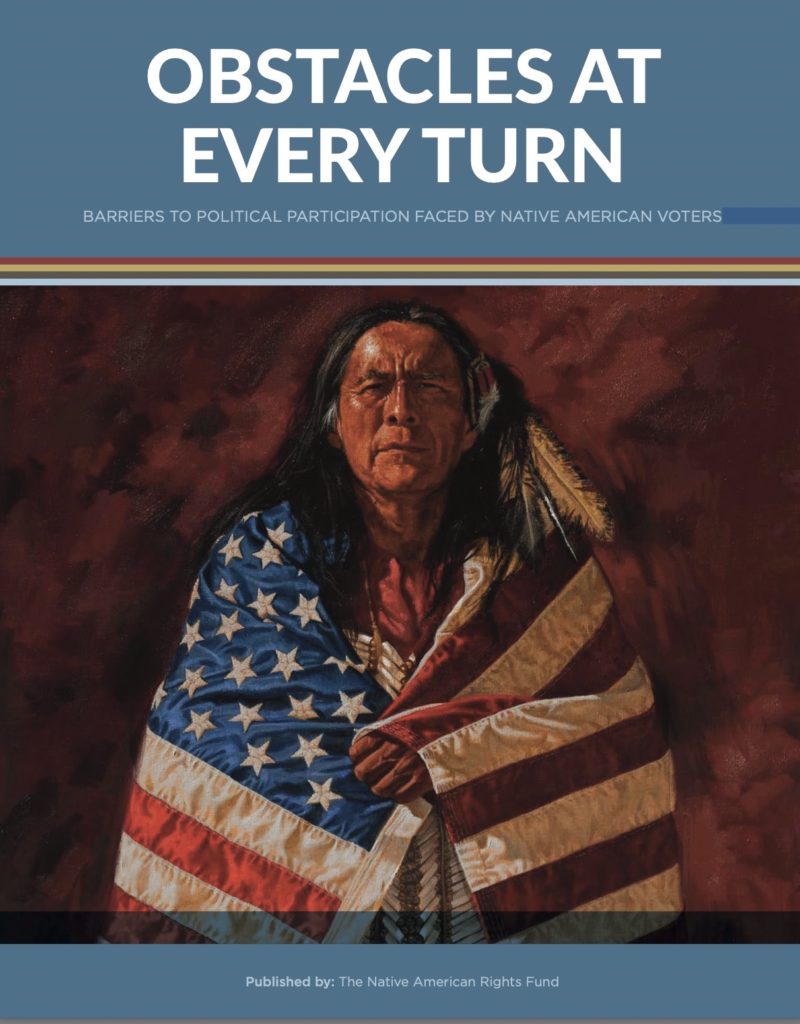 Our country’s original inhabitants should never have to face obstacles to vote in U.S. elections, but unfortunately they do. Often. Native American Voting Rights, a project of the Native American Rights Fund, is a voting rights organization focused on making voting easier for Native Americans. They also work to increase engagement among voters who may be (understandably) less than trustful of their state and national governments.

Using technology, Democracy Works provides tools for voters through TurboVote, an online service that  makes it easier to register to vote, acquire absentee ballots, and provides reminders about all relevant elections in your area. Though not specifically fighting against voter suppression, TurboVote does help eliminate the “oops, I forgot” excuse from keeping someone from voting. Democracy Works also coordinates with election officials to build better technology to serve voters and reduce any obstacles to voting.

Related: What to say when you call your representatives (and why it’s not scary)

Founded last year by election law attorney Marc E. Elias, Democracy Docket (and their very active Twitter feed) is a new voting rights organization, packed with phenomenal resource for updates and opinions on what’s happening in local, state, and national elections. They provide information on legal cases and lawsuits they file to protect voting rights, and educate us on unjust laws, practices, and redistricting designed to create obstacles against voting rights for all.

I’ve been proud to support this organization through a 2020 relay race called Women Run the Vote, and have gotten to know them pretty well. Black Voters Matter uses grassroots, “get out and talk to people” efforts to increase engagement and voting power in marginalized, predominantly Black communities that are most likely to be targeted for excessive barriers to voting.

10. Your Own Local Organizations

Don’t forget to look for voting rights organizations and nonprofits in your own state, county, or city that help support free and fair elections and are working to increase voter participation beyond the Federal levels. A few orgs that I’ve seen do some great work include The New Georgia Project, Let NY Vote, and Move Texas, the latter of which is specifically is focused on young voters in that state.

If all politics is local, these voting rights organizations are shining a light on the civic issues in their own backyards and for ghat I am grateful.