New on Netflix for families in August: Top picks from cute kids’ cartoons to kitschy 80s classics to Sing! (Whoo!) 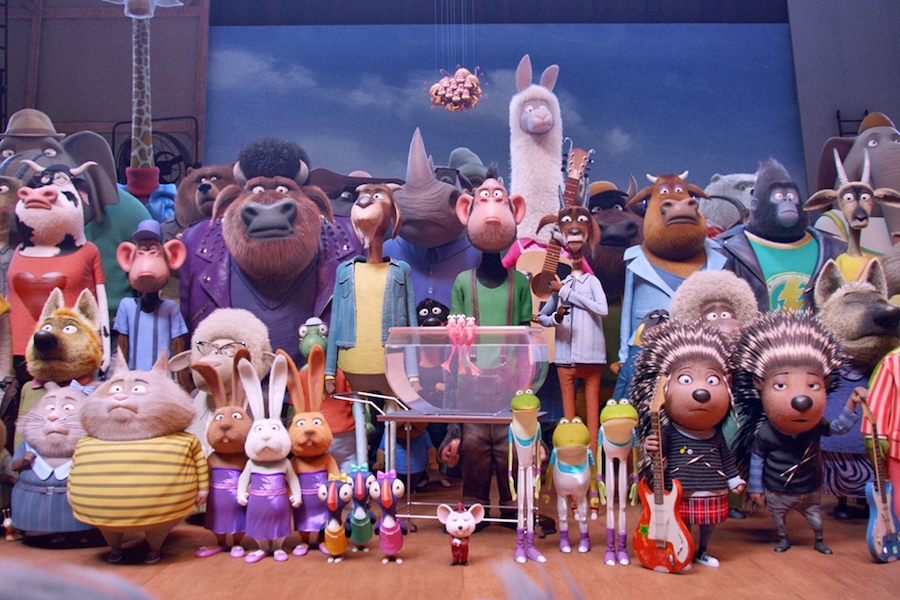 If your family is like mine, summer nights are more often Netflix and chill (like, actually chilling, not a euphemism) than theater and $7 snacks. So, I thought I’d look ahead to the next month and round up what’s new on Netflix for families in August so we can map out some fun viewing time, beat the late summer heat, and save a few bucks by popping our own popcorn.

Of course the big release this month is Sing! (at very top), the Golden Globe-nominated kids’ movie that’s full of recent pop songs with impressive performances. I’m a fan, and my own kids love it so much that they’ll be excited to watch it over and over and over (and over) again.

But that’s not all.

So check out this list and hit Netflix for the launch dates for each one. Also note our picks are all G or PG unless otherwise noted. Because presumably, you won’t be gathering up the kids for fun night of Saw.

Related: 8 shows we binge watch when the kids are asleep 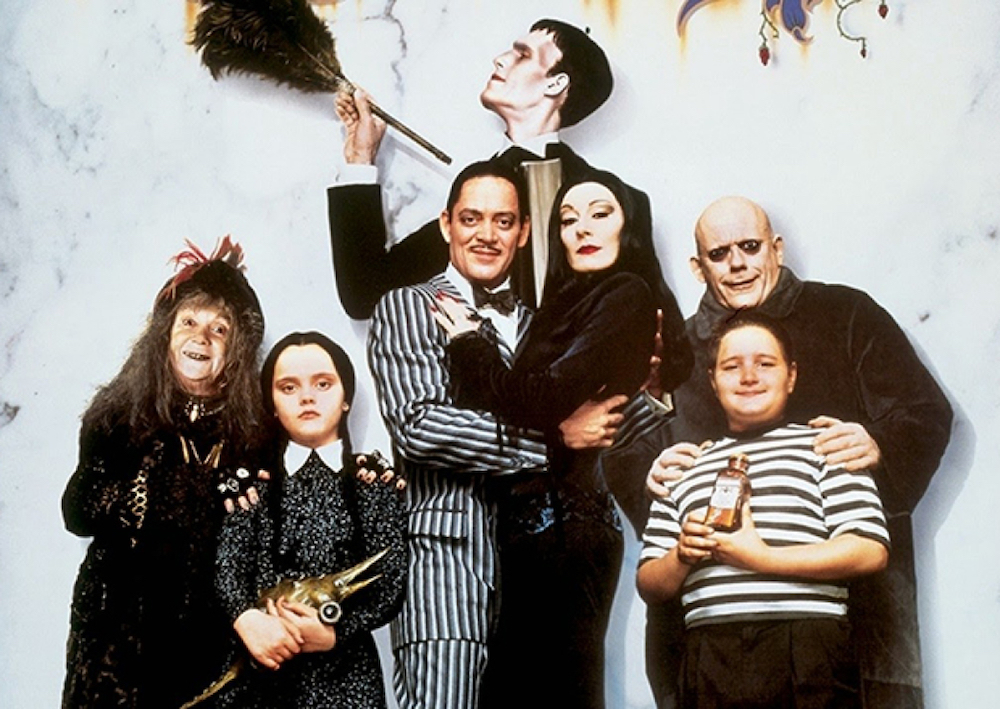 For some classic silly spook, Liz’s kids are big fans of the PG-13 1991 The Addams Family movie (also PG- and are thrilled it’s back. With a fantastic cast including the incomparable Angelica Houston and Raul Julia (sigh, we miss him) with a young Christina Ricci as Wednesday and Christopher Lloyd as Fester — sort of — it’s one 80’s film that really holds up. Prepare for your girls to start asking about Wednesday costumes for Halloween.

For kids who can handle a little intensity, the kitschy 80s sci-fi movie Innerspace is still pretty fun. Dennis Quaid gets shrunk and ends up stuck inside Martin Short, and the 30-year-old special effects definitely lessen some of the scariness.

Related: Should your kids be watching 13 Reasons Why? 15 must-read articles to help you figure it out. 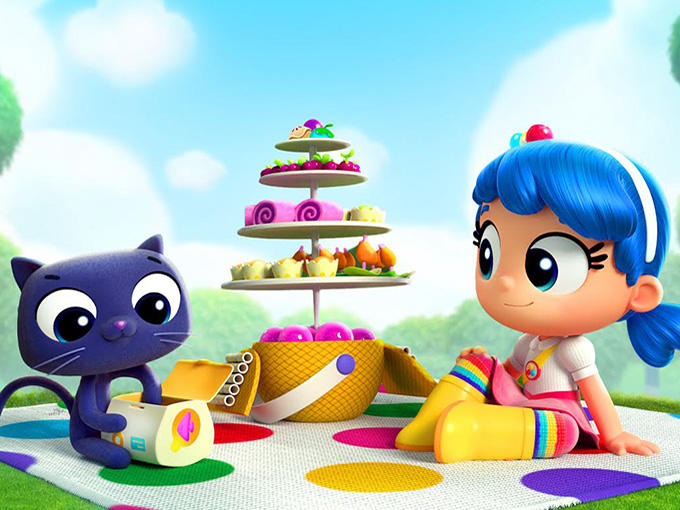 There are quite few kid-friendly movies that launch this month that I won’t be quite as psyched to see as my kids will, like the Hilary Duff classic A Cinderella Story and the animated baseball movie Everyone’s Hero.

It’s also worth noting a few series that can keep the kids entertained for a half-hour or more, depending how much you let them binge. Keep your eyes open for new seasons of My Little Pony: Friendship is Magic and Home: Adventures with Tip & Oh, which is the episodic spin-off of the popular movie.

We’re also excited about True and the Rainbow Kingdom (shown here), which is produced by Pharrell William’s artist collective. Looks like a great show for really little kids, and it starts airing August 11.

I also like the sound of Glitter Force Doki Doki (above), a repackaging of a popular Japanese series (called Dokidoki! Precure) for American audiences, and I bet young fans of manga and girl-power shows will enjoy this anime series. It’s not rated, but fan sites say it’s fine for kids. Even so, you may want to give it a quick preview yourself depending on the age of your kids.

Edgier movies parents can get into with older kids 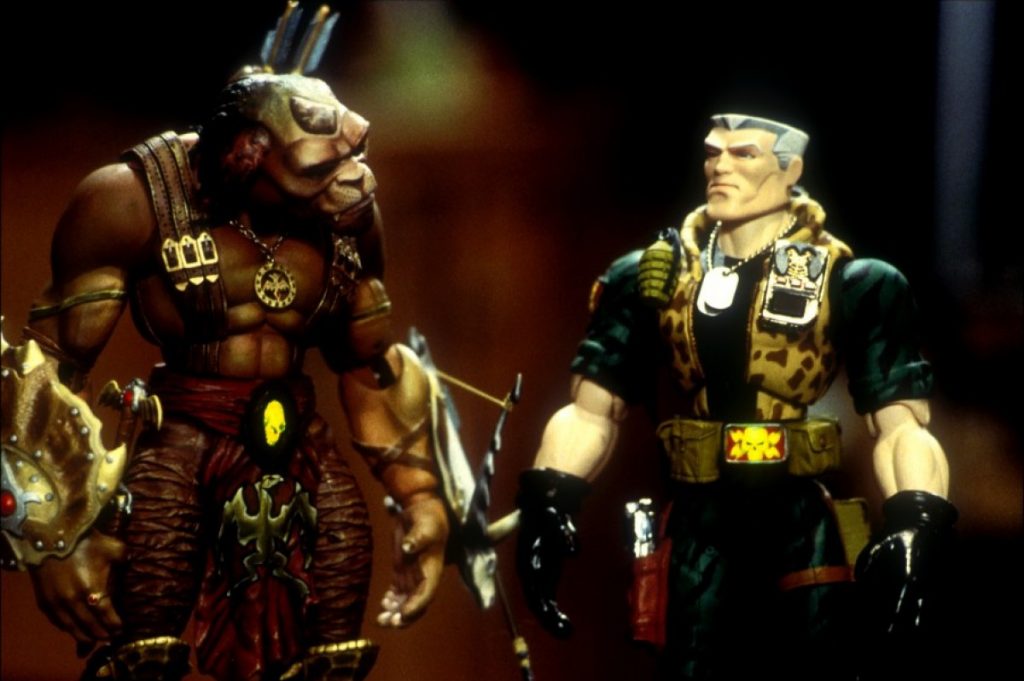 The satirical, partially animated action-comedy Small Soldiers is rated PG-13, which means it may not be appropriate for a lot of the kids who would want to play with the talking Commando Elite action figures that battle the Gorgonites. But it’s good fun for older kids who want a little edge-of-their-seats action.

Yes, it was a huge flop and even Will Smith and Kevin Kline couldn’t save 199’s Wild Wild West, a steampunk Western. But it’s so dated now that I think it’s pretty fun, and I’m sure a lot of kids will love it. There’s some violence and dead bodies, and a little bit of romance, but nothing beyond its PG-13 rating.

If your tweens or teens haven’t yet seen The Matrix…what? Yes, it’s R-rated but provided you’re okay with some intense action sequences and some mild cursing, it’s crazy good fun. Liz’s own 4th and 6th graders are big fans — she just warns that you might want to be prepared to pause it every few minutes to help explain what’s going on. (Now which was the red pill again?)

If your kids love documentaries and space, Mission Control: The Unsung Heroes of The Apollo should be a fantastic family watch and it’s coming to Netflix mid-month. Just know it will lead to requests for The Right Stuff, Apollo 13 and The Martian, next. 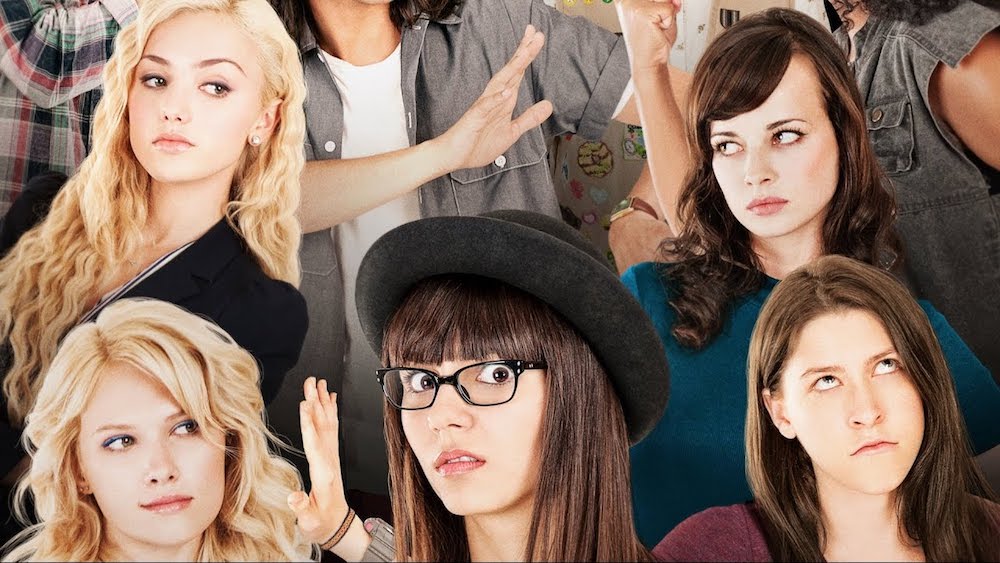 The Outcasts is your typical high school nerd-drama movie, full of conflict between the cool kids and the not-so-cool. It’s rated PG-13, and will give you a good chance to talk with your older kids about bullying and friendships — timely topics with the start of school coming up.

The quirky teen angst comedy, Sadie’s Last Days on Earth is about a high school girl facing an impending apocalypse so despite the lack of MPAA rating, you know the humor will be dark. Reviews are less-than-stellar, but that probably won’t dissuade girls of a certain age.

If you have a teen or older kid into sci-fi, aliens, politics and conspiracy theories, the documentary Unacknowledged is a big fan favorite on Rotten Tomatoes. It explores formerly confidential files about US contact with aliens, seeking to expose government knowledge about UFOs and the reason for its secrecy. Kind of like Twilight Zone only, real.

Movies based on books, so kids can read before they watch 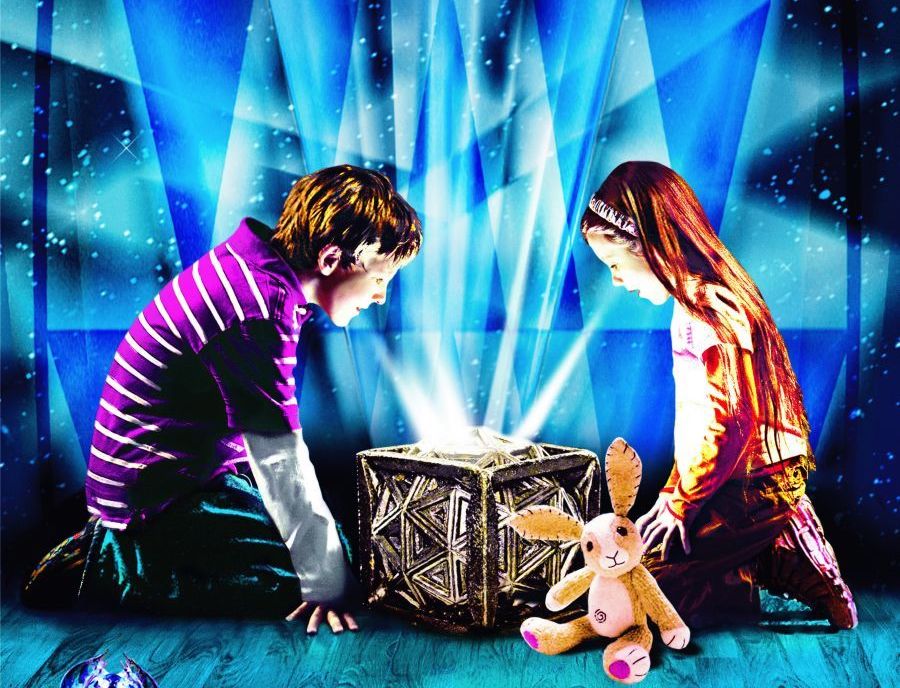 My kids (ages 7-12) all enjoyed The Last Mimzy (shown above) based on the book with the same name by Henry Kuttner, though it’s more “grown-up,” in their words, than a lot of the films they watch. If you never caught this 2007 film, be prepared for suspense and magic and mild action that’s perfect for kids of mixed ages.

The Newbery Award and National Book Award winning book Holes by Louis Sachar has been a favorite on my kids’ summer reading lists for years, if you haven’t yet seen the movie Holes it’s a great family film to catch together, from the days when Shia LaBoeuf was a teen actor and…shall we say, more relatable?

Related: 3 fantastic children’s books to get the kids to read before they become hit movies this year

The amazing French director Luc Besson wrote the Arthur series of books, including Arthur and the Minimoys and Arthur and the Forbidden City. So it makes sense that he also wrote and directed the movie adaptation of Arthur and the Invisibles which I’ve got marked in my calendar for an August 13 Netflix release. It’s a stunning, imaginative adventure story about a boy trying to save his family farm, with the help of a magical people. This combo live action/animation film is another perfect family movie night choice that you can actually watch together.