Why the new Marvel Rising: Secret Warriors is helping more kids see themselves as the superheroes the world needs 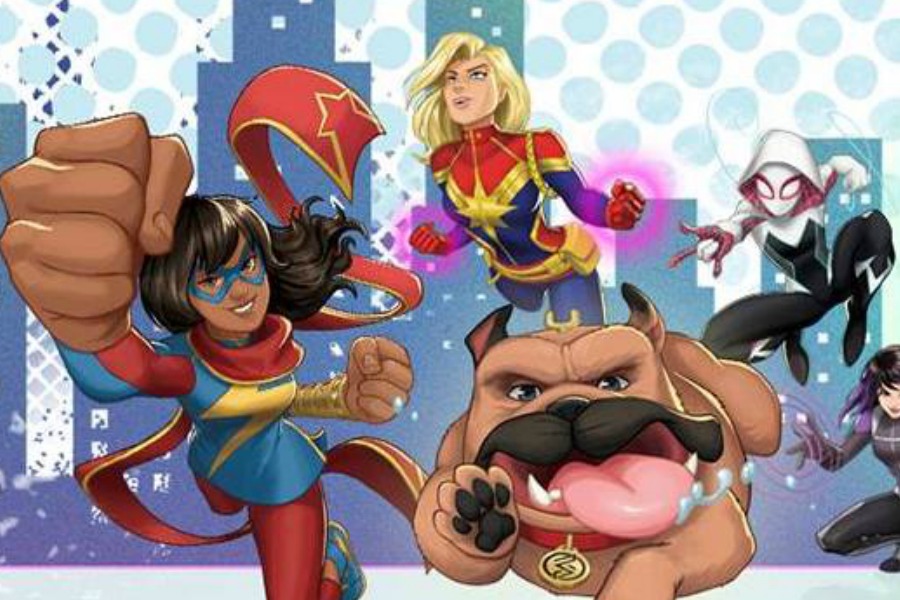 I don’t think that it’s a coincidence all that right now, during a time of so much turmoil in the world, that our hunger for great superhero stories is blowing up. Yes, for kids too.

It’s hugely cathartic to see even the most basic good vs. evil storylines play out in which real people can be unwitting heroes, teamwork and collaboration pays off, and good always wins.

It’s even more special when all kids can envision themselves as one of those planet-saving superheroes. Which is why so many of us are so excited about the recently announced launch of Marvel Rising: Secret Warriors, which can easily be a game-changing franchise for a new generation.

The upcoming feature length film and series of digital shorts feature a diverse band of motley, incredibly relatable teens of wildly different backgrounds who turn out to, you know, have world-saving super powers. No big whoop.

It’s a winning formula we’ve seen in franchises like Teenage Mutant Ninja Turtles, The Power Rangers, and most recently, the LEGO: Ninjago Movie. Only this time, it’s Marvel. They’re putting a lot of support behind it. And there’s way, way more than one token female superhero in the group. 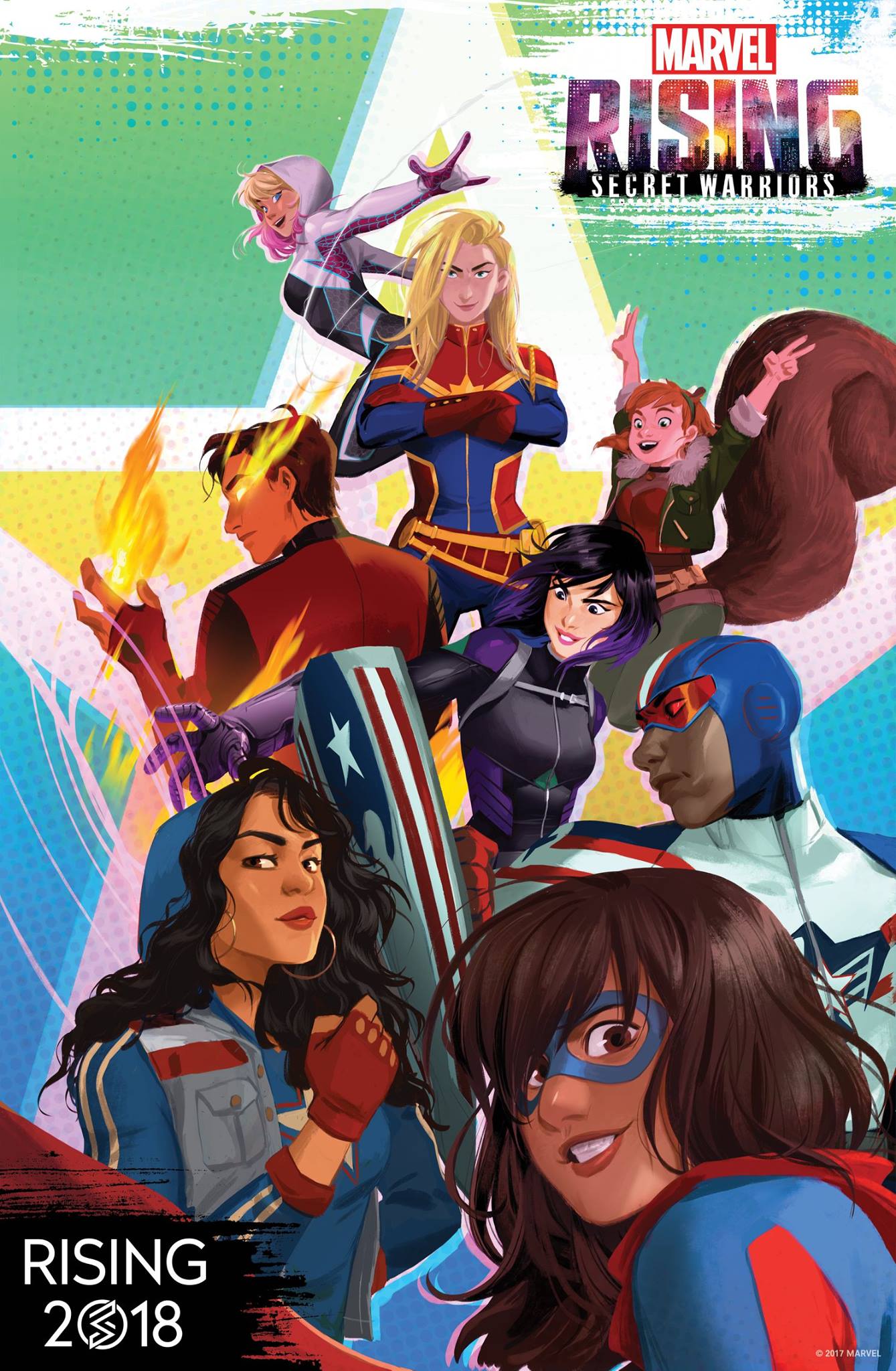 The all-star cast of voices is pretty impressive. It includes Dove Cameron (of Descendants) as lead warrior Ghost Spider/Spider-Gwen; Kamil McFadden (K.C. Undercover) as Patriot; Chloe Bennet (Agents of Shield) as Quake; Tyler Posey (Teen Wolf) as Inferno; Cierra Ramirez (The Fosters) as America Chavez; Ming Na Wen (Mulan) as the villain Hala; and Milana Vayntrub (This is Us) as Doreen Green/Squirrel Girl — who could easily be the breakout star of the entire franchise.

Because, Squirrel Girl you guys!

Related: Our favorite empowered girl gifts for fierce young females of all ages

It’s also pretty fantastic that while Marvel has developed Muslim characters in the past like Monet St. Croix and Dust from X-Men, Ms. Marvel/Kamala Khan, voiced by Kathreen Khavari (Big Little Lies), is the first Muslim hero to get get her own ongoing Marvel series.

(Or uh, because it’s not 1984, more likely they have images of new heroes to turn into iPhone wallpaper or Snapchat avis.)

When I read up on the series, I literally stood up and gave a big embarrassing-mom style WHOO!, just thinking about the millions of young people out there who will see their own selves reflected in a superhero, possibly for the first time.

How marvelous (ha) that Marvel Rising: Secret Warriors isn’t just showing us an imaginary world as we want it to be, but in a lot of ways, reflecting the world as it actually is.

Get more info about Marvel Rising: Secret Warriors on their Facebook page and you can learn more about the cast in this behind-the-scenes Marvel Rising video. Unfortunately it won’t be out until 2018. We’ve waited a long time for a series like this from a major studio; what’s a few more months.

Happy #hamilton Day! We are going to be in the roo