The #CaptainMarvelChallenge: Can you help send girls to see a badass female superhero on the big screen? 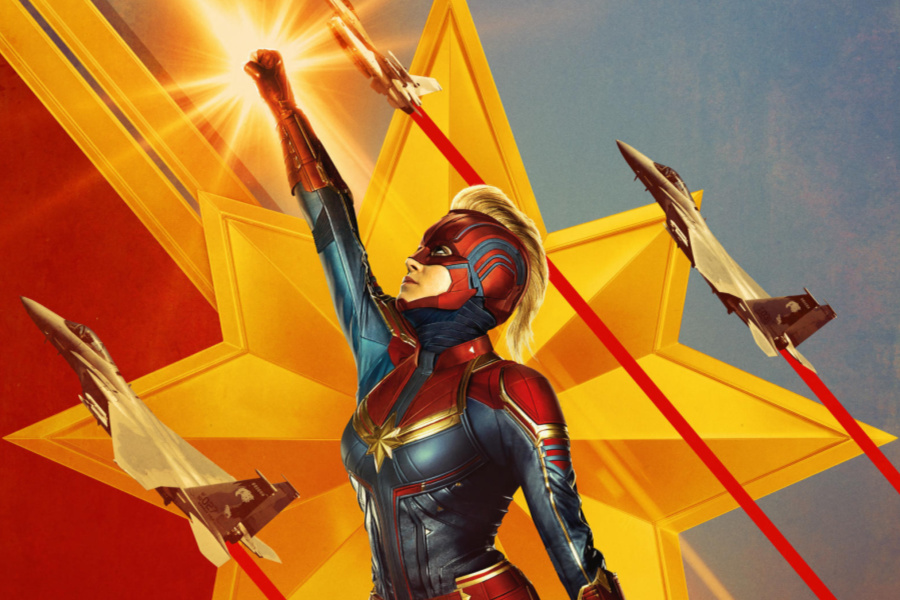 I am so excited about the upcoming Captain Marvel release. Like, crazy excited. Believe it or not, it’s the first woman-lead superhero film from Marvel. (Yep, Wonder Woman was from DC Comics, fun as it was, my non-geeky friends.) Not only that, but Brie Larson’s Carol Danvers (Captain Marvel) will be the most powerful of all the Marvel Cinematic Universe superheroes, her motivations aren’t romantic, and she’s not the only woman “in a man’s world” like we’e come to expect. And hey, the film is even co-directed by Anna Boden, with the story and screenplay co-written by women (Nicole Perlman, Anna Waterhouse, Geneva Robertson-Dworet) too.

So heck yeah, I’ll totally pay to see this!

Related: Moms of color share the importance of Black Panther to them and it’s amazing.

In fact, I pay to see a lot of films featuring diverse stars because I think that voting with our wallets at the box office shows Hollywood that there’s a market for the films we love. But a lot of people can’t afford the privilege of seeing the films that inspire them in a theater, and that’s why I’m so happy to discover this GoFundMe fundraiser to send girls from Girls Inc. LA to see Captain Marvel.

The #CaptainMarvelChallenge is hosted by We Have Stories, a cool non-profit founded by Frederick Joseph that funds and supports storytellers and content communities to help increase positive representation of more kinds of people across more kinds of media. They’re the same folks who created the #BlackPantherChallenge, which raised nearly $1mm to send kids around the country to see the film, provided tickets, and rented out theaters.

Now they want to do it again. 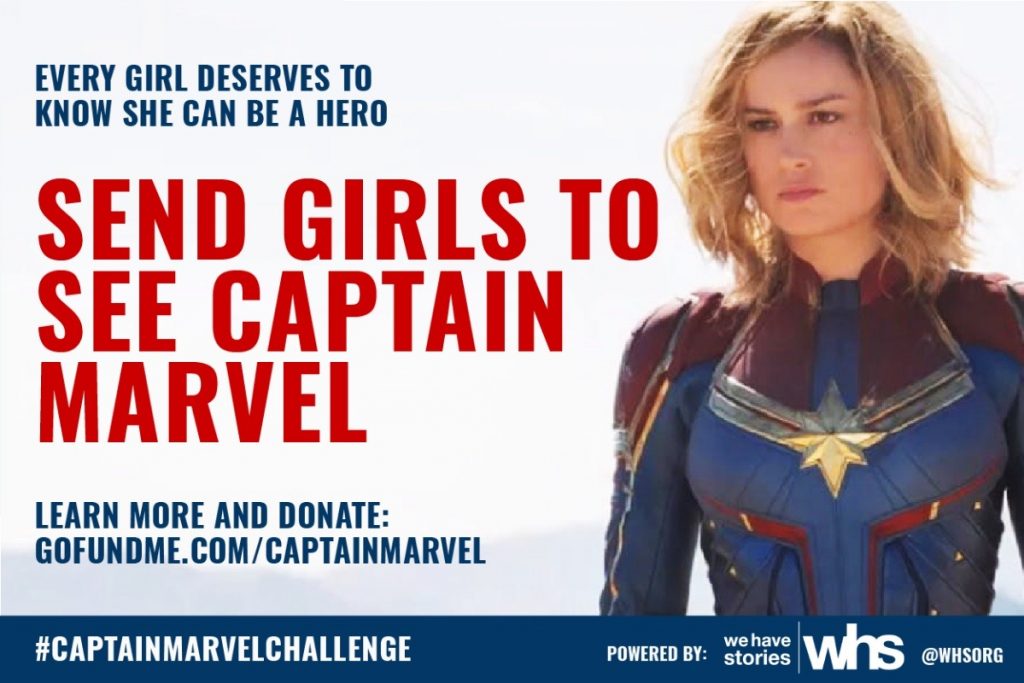 Donate toward the $10,000 #CaptainMarvelChallenge goal and you’ll help pay for tickets for Girls Inc. participants from Title I schools in South LA, Watts and Compton. Any extra (and I hope there’s extra) will go directly to support other programs from Girls Inc.

Maybe if you plan to see Captain Marvel, you can donate the cost of one additional ticket? Or two?

I think it’s a pretty great good way to help kick off the New Year for a lot of girls. After all, you never know which one of them will grow up to be the next amazing filmmaker, screenwriter, or storyteller, Or hey, maybe a superhero herself.

Visit GoFundMe to help send Girls Inc. LA to see Captain Marvel. And make plans to see it yourself. It’s being released on International Woman’s Day, March 8, Find more info including the official trailer on the Captain Marvel website.