The Father of All Dad Guides: An A to Z of OMG they totally know my dad 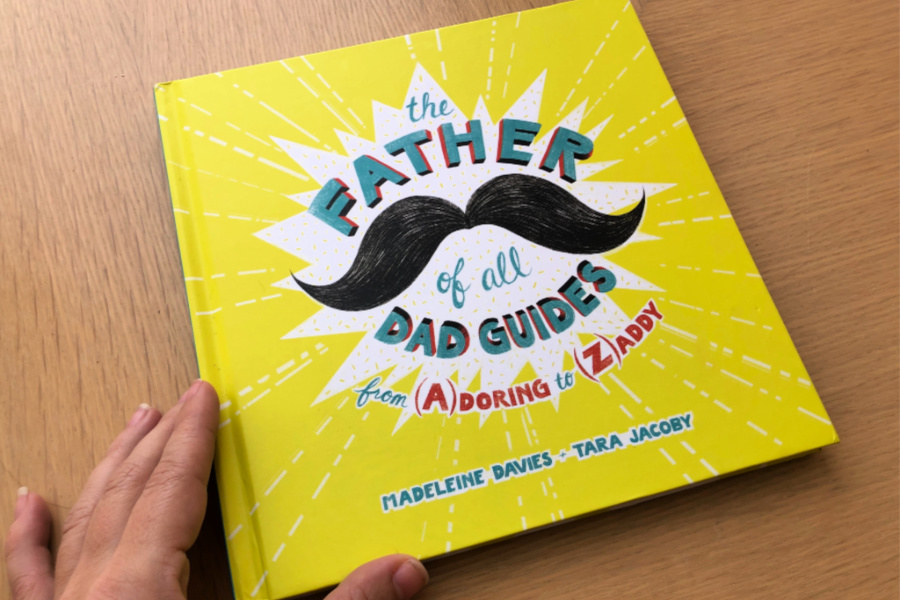 To be sure, The Father of All Dad Guides: From (A)doring to (Z)addy by Madeline Davies and Tara Jacoby will never be found in that proverbial Hallmark aisle of faux calligraphy Father’s Day cards and sentimental trinkets. This book offers an irreverent, somewhat cynical, bitingly funny, but deep-down affectionate look at so many of the dad archetypes we know and love today.

In other words, it’s for dads who have a sense of humor about themselves. (The Jokester Dad, in particular.) Or uh, maybe dads who need to get one? (That would be the Killjoy Dad.)

As you might have guessed  from the title, it takes you through an entire alphabet of dads you may know, with the help of Jacoby’s clever illustrations and Davies’ punchy, pull-no-punches descriptions. You’ll laugh, cringe, and nod with recognition at Coach Dad, Feminist Dad, Midlife Crisis Dad, Nerd Dad, and even Xenophobic Dad.

Yes, the book goes there. (Get with the 21st century, Xenophobic Dad!) 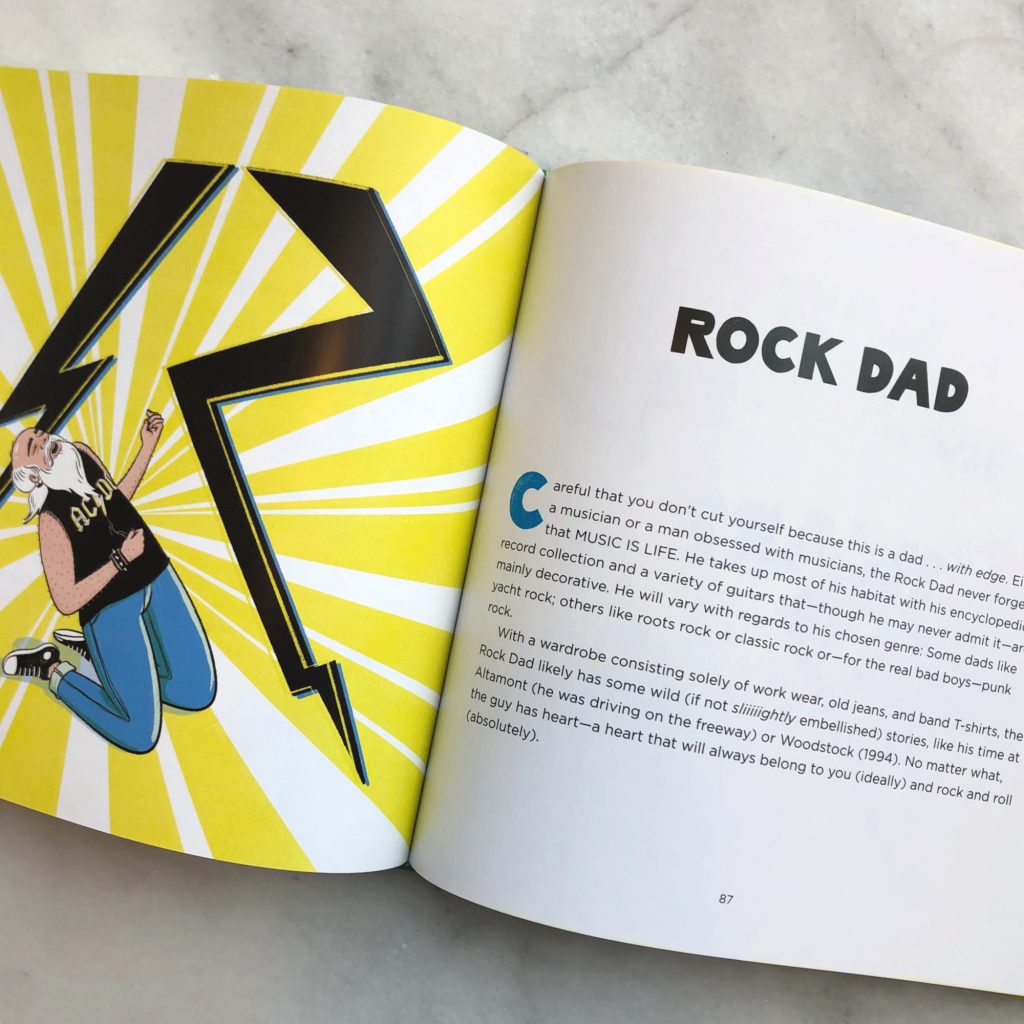 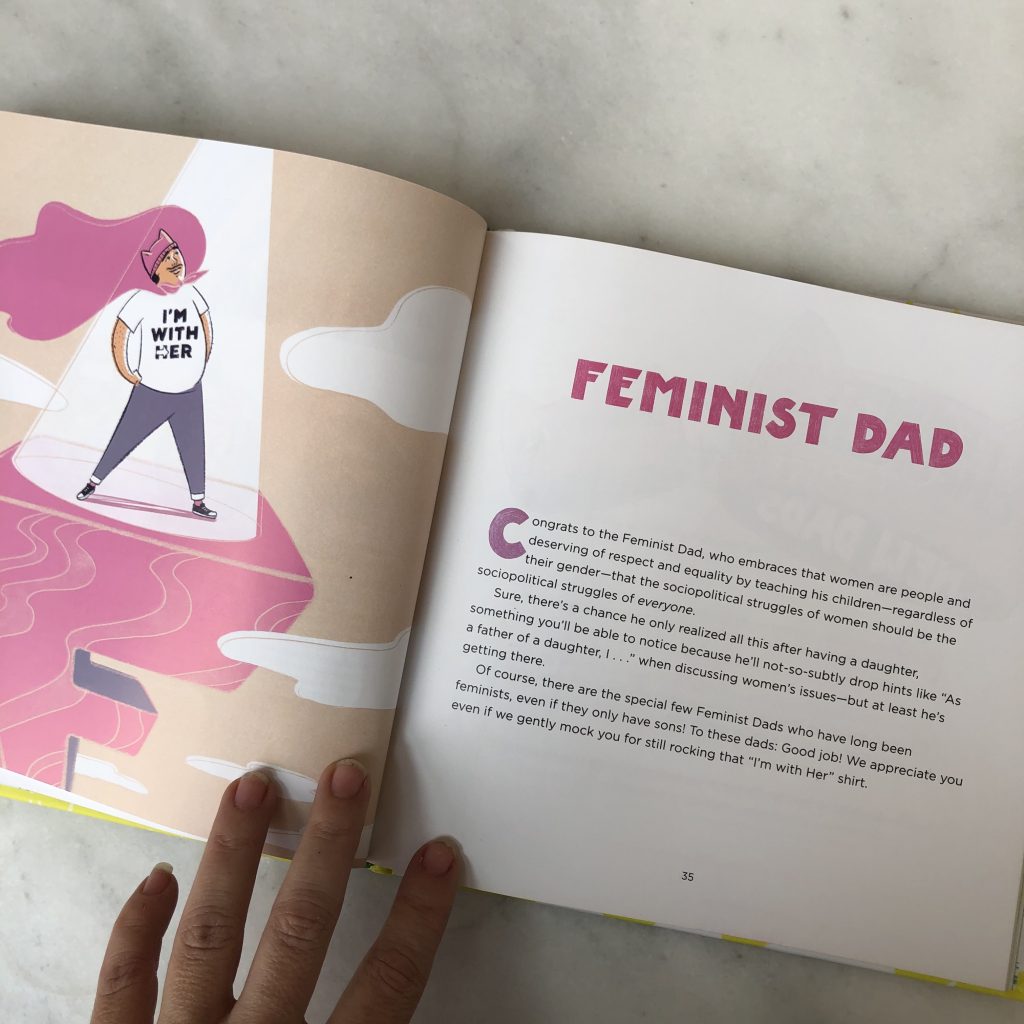 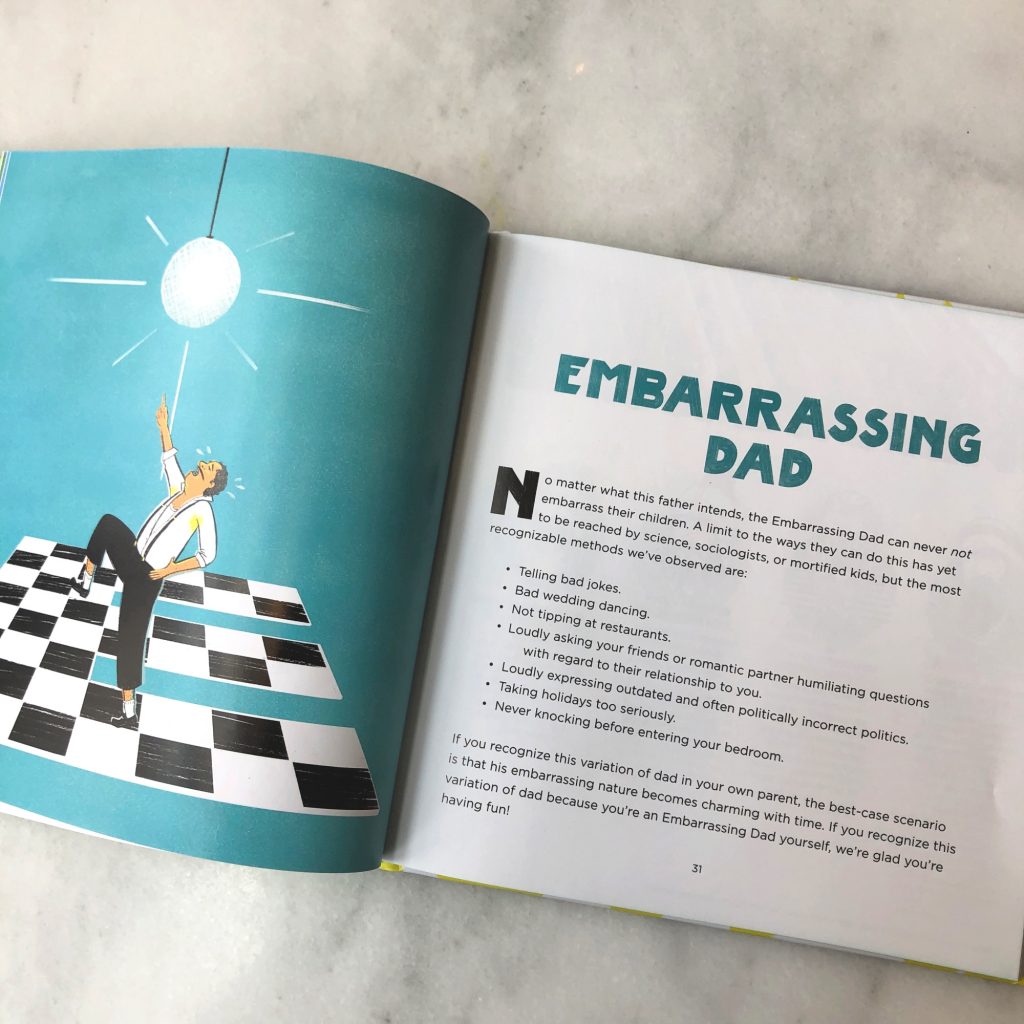 What I like best though may be all the fun content interspersed between the dad types, like quizzes, fill-in-the-blank DadLibs,and yes/no charts like Will Dad Turn This Car Around? and Are You About to Lose an Eye?

There are also lists like The Most Embarrassing Dads in History, and subjective though it may be (I guess there are only so many dads of child stars that can fit here), it’s a good reminder that things could be a lot worse than having a dad who likes karaoke. 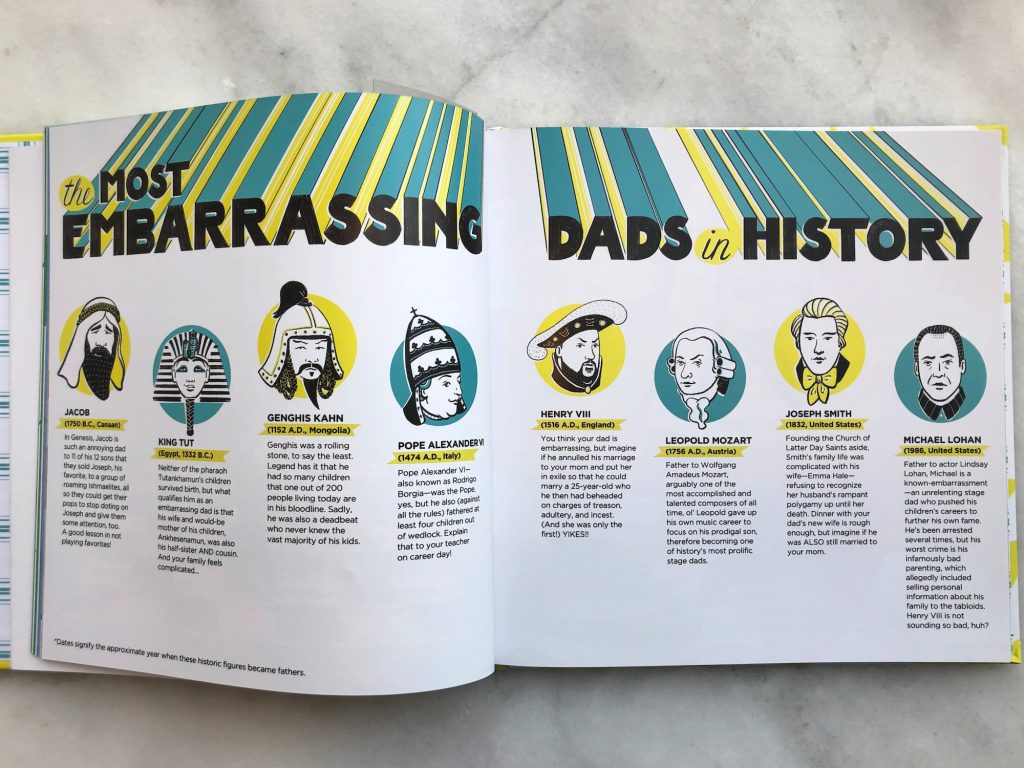 I should point out that The Father of All Dad Guides feels like a gift book most for adult children to celebrate-slash-mock their own fathers. I’d also say that it’s a gift for dads with whom you have a solid relationship, because as funny as it is, some of the archetypes may give you a little pang of ouch, they see me. Say, Dog Dad who seems to prefer his canine “children” or Unavailable Dad, who perhaps “went out for cigarettes and never came back.” Oof.

The book is, however, a hilarious shower gift for a dad-to-be, or a hilarious first Father’s Day gift “from the baby.” Besides, the baby will be too young to ID the illustration of a large “Leather  Daddy” wielding a whip while dressed in latex bondage gear. So you’re cool there. 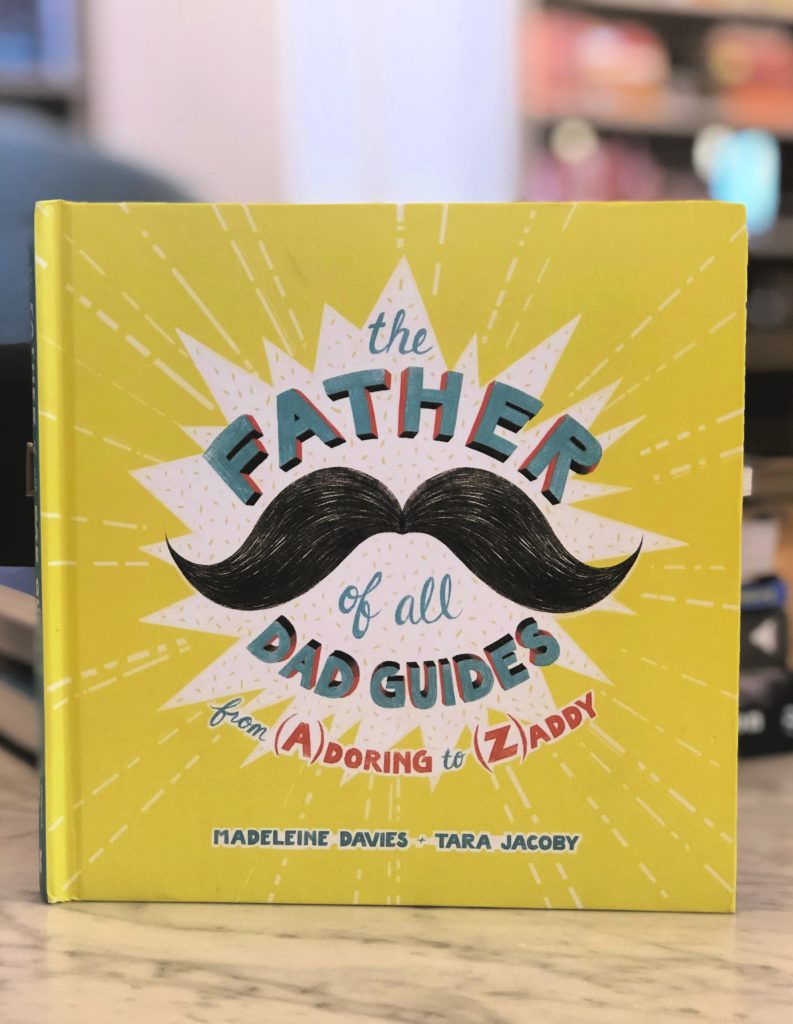 For the most part, I think anyone who is a great father, or has a great father, will smile knowingly at the Embarrassing Dad who dances terribly at weddings, Vacation Dad who is obsessed with organized fun, and the various subsets of Rock Dads, who may be busy reliving Woodstock or sending you links to his favorite Muddy Waters tracks.

And of course, it’s it’s a wonderful book for the Quality Dad, who’s described as willing to braid hair, coach a soccer team, offer heart-to-heart chats and tough love advice, and — my favorite — remind you to respect your mother.

Here’s to you, Quality Dads!

Find The Father of All Dad Guides: From (A)doring to (Z)addy by Madeline Davies and Tara Jacoby starting June 4 from our affiliate Amazon, or visit your local indie bookstore.