3 great new albums for your next family road trip 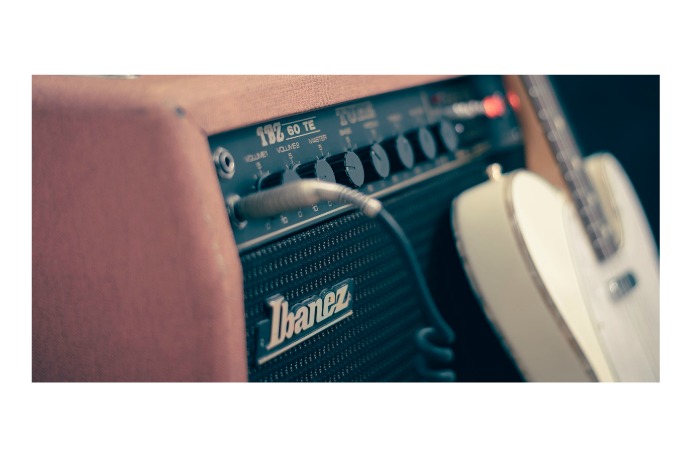 There are few sounds as jarring and mind-numbing as super bored kids whining, Are we there yet? (I mean, could we be little more cliché, kids?) So, with spring break here for lots of families and summer vacations and other road trip opportunities on the way, I’ve rounded up a few new album releases by some of our kindie music favorites to help make the miles a lot more enjoyable.

Whether you’re embarking on a long weekend adventure or a cross-country road trip, we think you’ll have fun with some of these sing-a-longs.

Related: Family road trip tips: Tons of sanity-savers, tricks, and essential products to keep the back seat under control and save your vacation.

Music for getting the energy up:
Are You Listening? by The Not-Its!

When energy and enthusiasm in the back seat tanks, trust me, no one is going to doze off while The Not-Its! high energy Are You Listening? is streaming through the car speakers.

The Seattle-based musicians that make up this indie-rock band sound better than ever on their sixth full-length release, with music that blows the doors off any preconceived notions as to what “kids’ music” sounds like. There’s killer lead vocals by Sarah Shannon formerly of the 90’s band Velocity Girl, along with Danny Adamson on rhythm guitar, and drummer Michael Welke formerly of Harvey Danger.

In other words: These guys really know how to rock.

Kicking off with Dance With Me, there’s so much here for both kids and parents to love on the 10 song soundtrack. The snarky Done With the Science Fair makes me want to fist bump all my fellow parents who can relate. And Don’t Fear the Dentist is probably the most aggro-punk song about dentistry ever recorded.

Lyrics on Are You Listening? are written primarily for younger grade-school aged kids who have outgrown nursery rhymes but maybe aren’t quite ready for the booty-shaking tunes on the radio. But it’s not just for little ones. There’s a good reason my tweens have loved growing up with this band since we first heard them in 2009 on We Are the Not-Its! — it’s music that doesn’t try to be cool; it is cool.

Music for taking in the scenic routes:
Saddle Up: A Western Adventure Album by The Okee Dokee Brothers

The Okee Dokee Brothers’ travel-themed releases have taken us on a canoe trip down the Mississippi River, and a hike up the Appalachian Mountain trail, and now the Grammy-award winning duo has gone west. Saddle Up–A Western Adventure Album.

Childhood friends, Joe and Justin, have compiled a guitar, banjo, and fiddle-filled musical travel journal of their time on a horse-packing trip along the Continental Divide. Over their month-long trip, they spent their time writing peppy bluegrass and American-folk songs for the album, as well as finding great traditional songs to remake, like their happy, rollicking version of Don’t Fence Me In.

One thing I’ve always loved about The Okee Dokee Brothers, ever since their first album came across my desk in 2008, is that their wordplay is so imaginative and fun. For example, on Shootin’ Star, they imagine that even sharp-shooters Annie Oakley and Buffalo Bill would have wished for less fighting and more friendship.

Be sure not to miss the entertaining and beautiful DVD of their adventure that accompanies the CD. It’ll fill your heart with longing to hop on a horse and gallop away. You just need to reign in your excitement a wee bit longer; the full album and DVD releases on May 13.

Related: This is kids’ music? 6 new family albums that may surprise even the pickiest adult listeners.

Music for inspiration to take on new adventures: Explorer of the World by Frances England

The title of Frances England’s latest album, Explorer of the World, sounds like this may be an album about far-flung destinations. But I love that most of her focus is on the world our kids inhabit right outside their doorstep, as well as espousing an eyes-wide-open approach to life in general.

On See What We Can See, All the Things I Found, and the title song, Explorer of the World, Frances England asks kids to really pay attention to the natural world, instead of getting lost in their handheld devices (thank you). But, there’s nothing preachy here: Her lyrics paint a picture of the world that is so inviting and evocative, it seems perfectly timed for the nice-weather days.

As opposed to the The Okee Dokee Brothers, Frances England’s lyrics tend to be more focused on our urban landscapes, in all their vibrant and gritty beauty. In fact, she wandered the streets of San Francisco for two years to record all sorts of ambient noises which you can hear on the catchy hit Street Life.

For an artist we’ve loved for ten years since the release of Fascinating Creatures, she’s one who continues to surprise us with her ability to remain so relevant to a wide range of ages.

It’s with good reason I give a little cheer whenever I hear that Frances England has a new album to share with the world. Because if our kids won’t listen to their parents, maybe they’ll listen to her?

You can find all these albums at our affiliate Amazon. Top image: (c) William Iven via unsplash