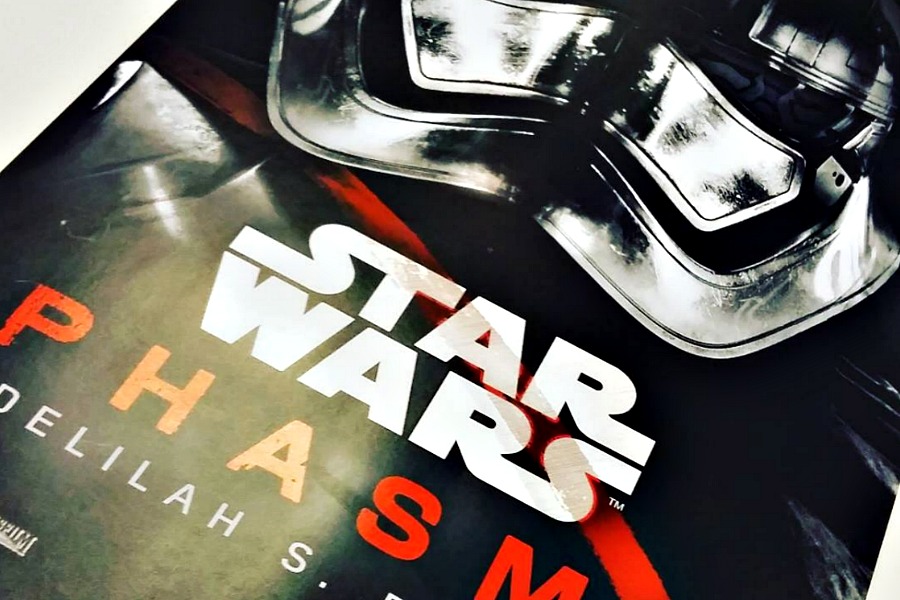 We are clearly not unbiased when it comes to everything Star Wars, but when there’s a totally perfect Star Wars gift to celebrate Force Friday — that’s today, September 1 — and it happens to support one of our own team, we’re all over it. And you should be too.

Can’t wait for The Last Jedi? You’re in luck!

PHASMA is out TOMORROW, and she is STOKED. #starwars

On shelves TODAY, the novel is part of the Journey to Star Wars: The Last Jedi series which details galactic life before Episode VIII. And, just like Delilah, it’s nothing short of fabulous.

After all, she even owns a Captain Phasma handbag.

PHASMA has entered the Marriott! #dragoncon

But wait, as with all things Star Wars, there’s more!

Delilah is also one of 40 contributors of the upcoming 40th anniversary anthology, Star Wars: From a Certain Point of View which shares, yes, 40 stories from the perspective of A New Hope background characters.

I always wonder what happened to all those guys in the cantina. Well, after 40 years, what’s a few more months.