The 10 coolest Ted Lasso gifts for fans who can’t wait for Season 3. 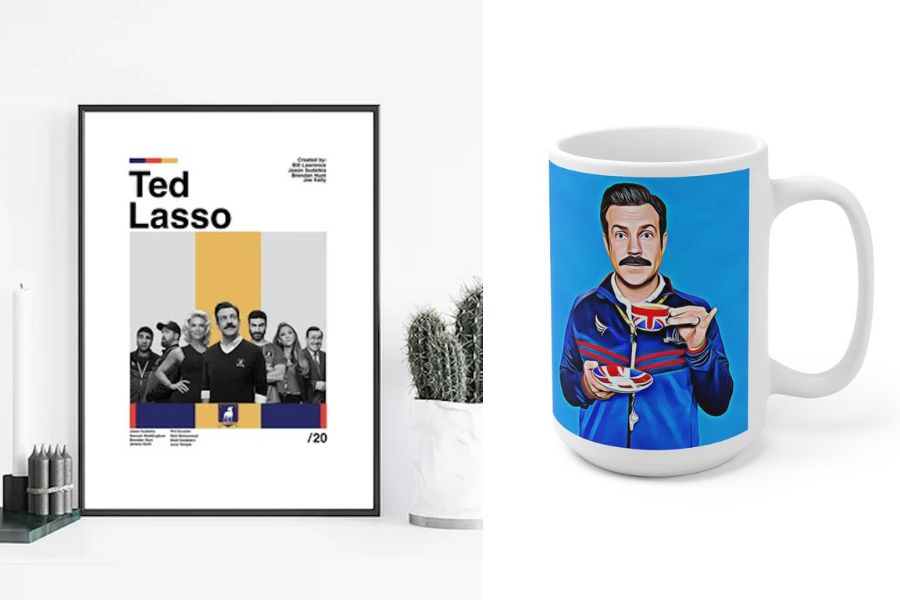 The AFC Richmond fans say it’s the hope that kills you, but we’re here to say that it’s really the anticipation — of Ted Lasso Season 3, of course. Luckily, it will be appearing on our screens in 2023, and we can almost taste the homemade biscuits. So to tide us over, we’ve been browsing the most fun Ted Lasso gifts to share with all our fellow wankers. . .or, more kindly, our friends who are also fans.

Just believe. . .it’ll be here before you know it.

This post contains affiliate links, and some purchases may generate a small commission that helps support our work at no additional cost to you. This never impacts our recommendations or reviews. So, thank you!

Related: The very best Schitt’s Creek gifts for everyone on your list 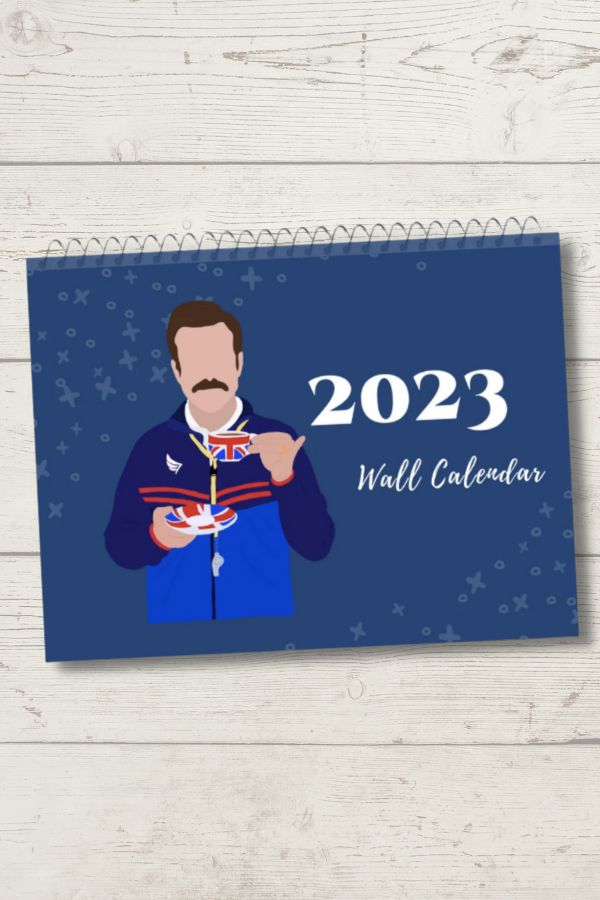 Count down to the start of Season 3 with this 2023 Ted Lasso calendar from Golden HR Graphics. It includes quotes and memorable scenes from the first two seasons, including a little NSFW language from everyone’s favorite couple Roy and Keeley. 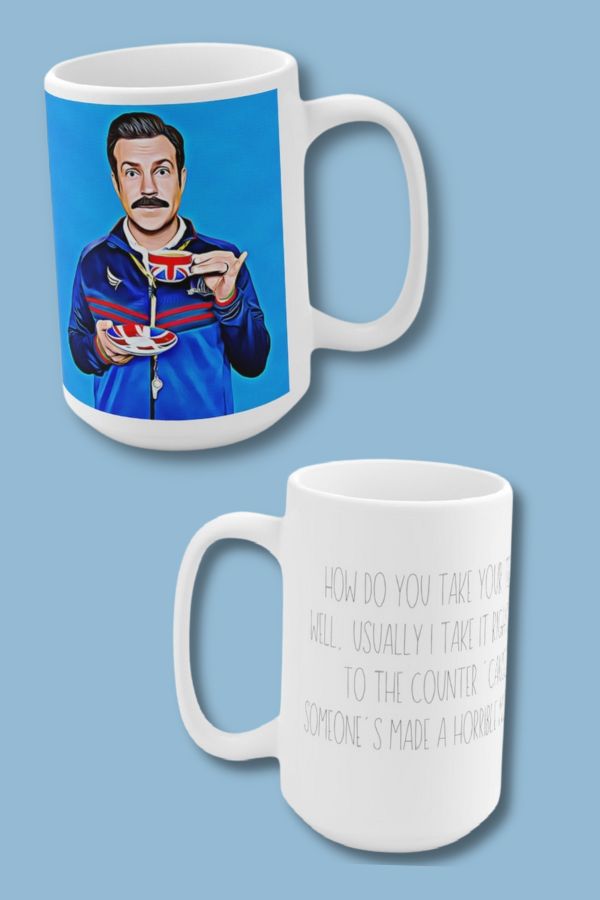 Whether you want to gently rib your tea-drinking friends or just project an air of coffee-drinker superiority while you sip, this Ted Lasso coffee mug is a perfect Ted Lasso gift. Thanks to Etsy shop Venti Vinny Shop by K2B for immortalizing one of my favorite lines from the show, American coffee drinker that I am. 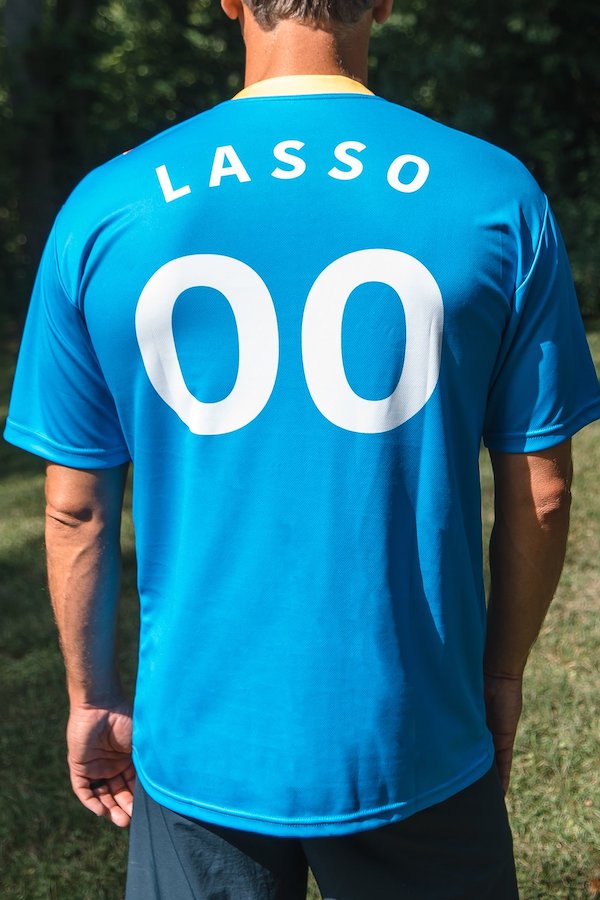 Recruit yourself onto the AFC Richmond squad with this fun, official AFC Richmond jersey. So official, it’s actually sold by Warner Brothers. You can even personalize it so it says your name — or Ted’s. Or insert your favorite character’s name here. 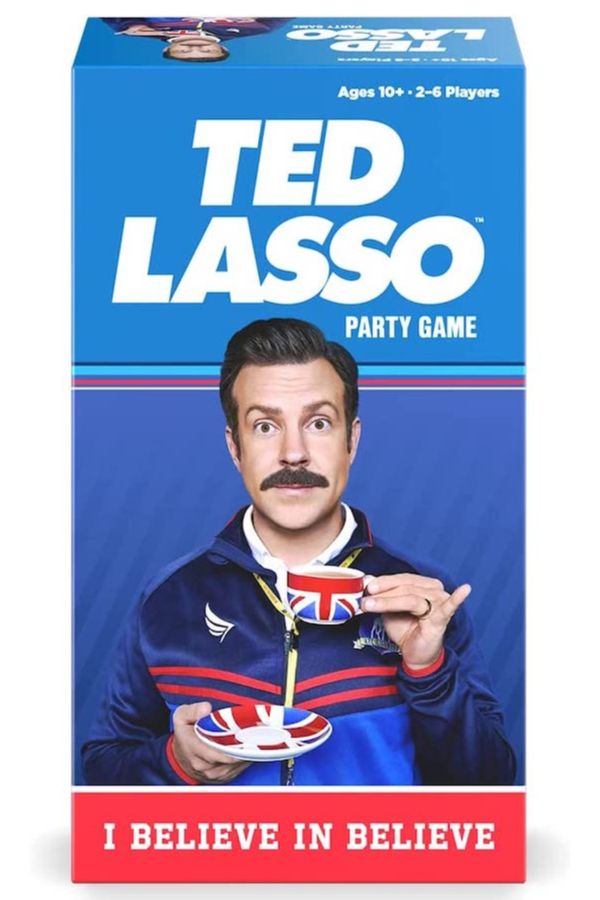 Pinkies up! Players race to help their friends and support their teammates in the fun new Ted Lasso Party Game from Funko. We love how this game is just packed with show references and fun props, like the soccer ball (erm, football) die and pink biscuit box. You can even download the free timer app to get themed sound effects to enhance your game play. 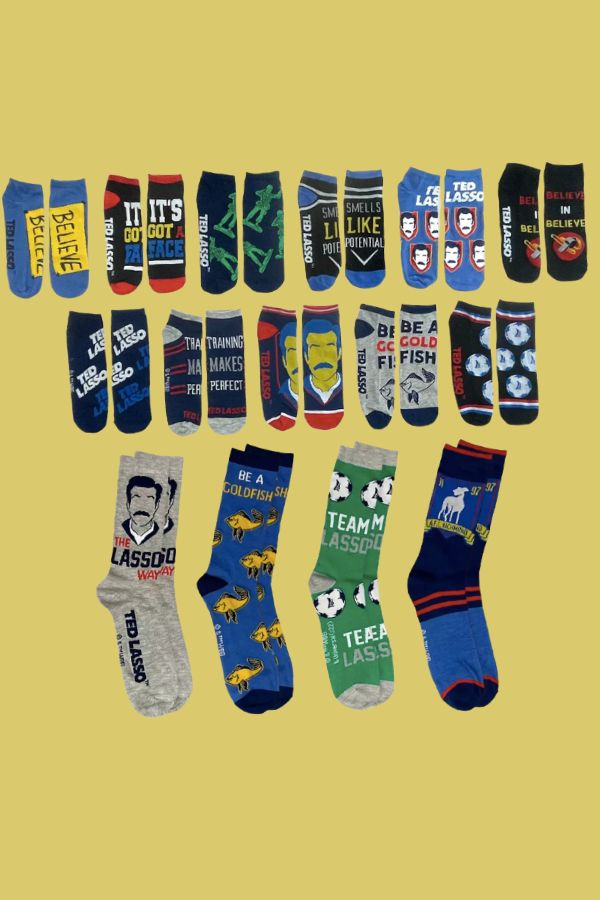 We’re usually a stickler for Advent calendars having 24 boxes to count the days to Christmas, but we’ll make an exception for this amazing Advent calendar of Ted Lasso socks at Target–for only $16! I mean, with washing, they’ll be able to wear a pair all the way to Christmas, no problem. We think Ted would appreciate our flexible attitude. 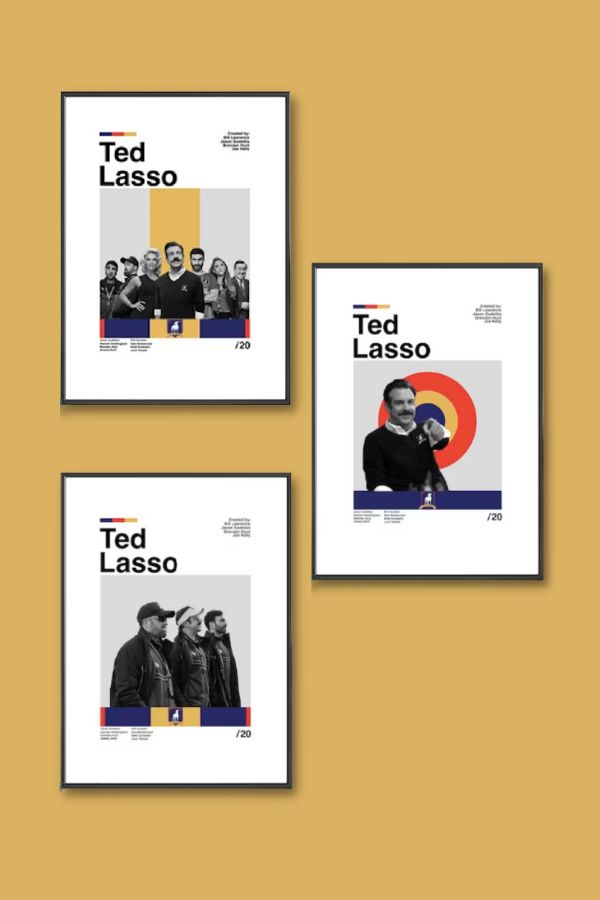 The gangs all here in these cool, minimalist Ted Lasso prints from Kindig Graphics. Grab the trio of printable posters for less than a couple of pints at The Crown and Anchor. 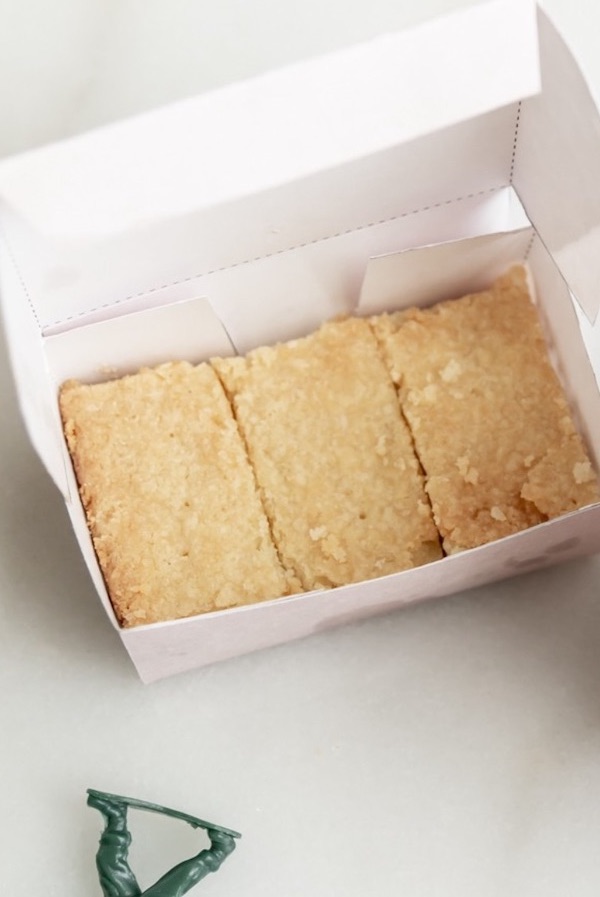 You basically can’t start streaming without some incarnation of Ted Lasso’s famous biscuits, so I love that Salt Harvest Creatives has gifted fans this FIY printable biscuit box to match the box that Ted gives to Rebecca each morning. And if you’re interested in the most authentic Ted Lasso biscuit recipe, check out the one that briefly appeared at an Apple event and was captured by The Verge. It evidently resembles a very buttery shortbread. Mmmm. 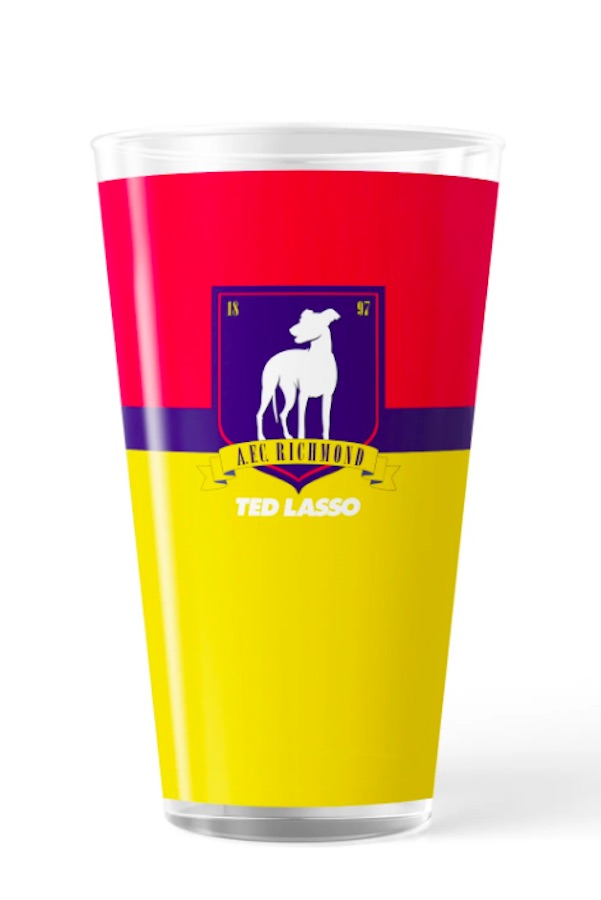 This cool, official AFC pint glass that we featured in 15 gift ideas for the guy who’s hard to shop for features the genuine AFC Richmond logo above his name which makes it an extra-cool Ted Lasso gift.. .especially for a fan who also enjoys a nice lager while watching matches. 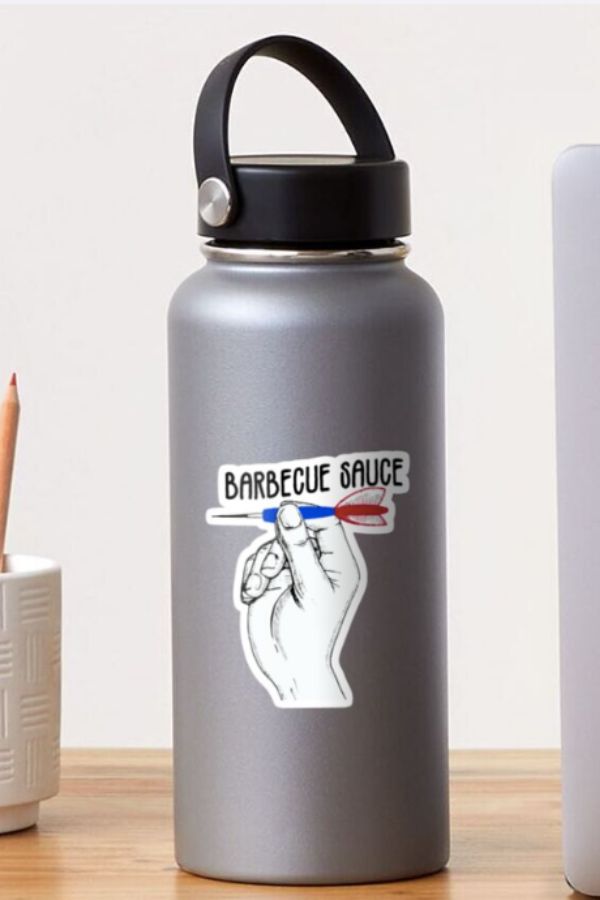 We love the entire “Lasso Life” collection of stickers from designer Wenby-Weaselbee on Redbubble which include stickers of Dani Rojas, Higgins, and even Cindy Clawford (RIP). Though we do love the simplicity of this “Barbecue Sauce” sticker for when you want to remember something that makes you smile. 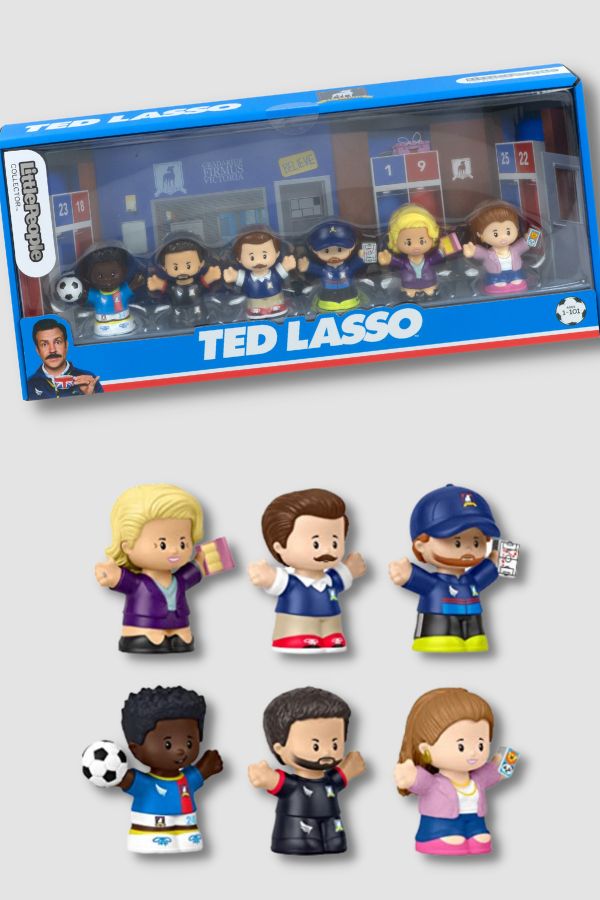 And don’t forget the cutest little lineup of characters captured by Fisher Price in this Ted Lasso Little People Collector set. Makes a great Ted Lasso gift for the current superfan or for the next generation who will get introduced to our favorite lineup when the new season drops. We can’t wait.