5 ideas from LEGO Movie 2 to discuss with your kids : A guide for parents 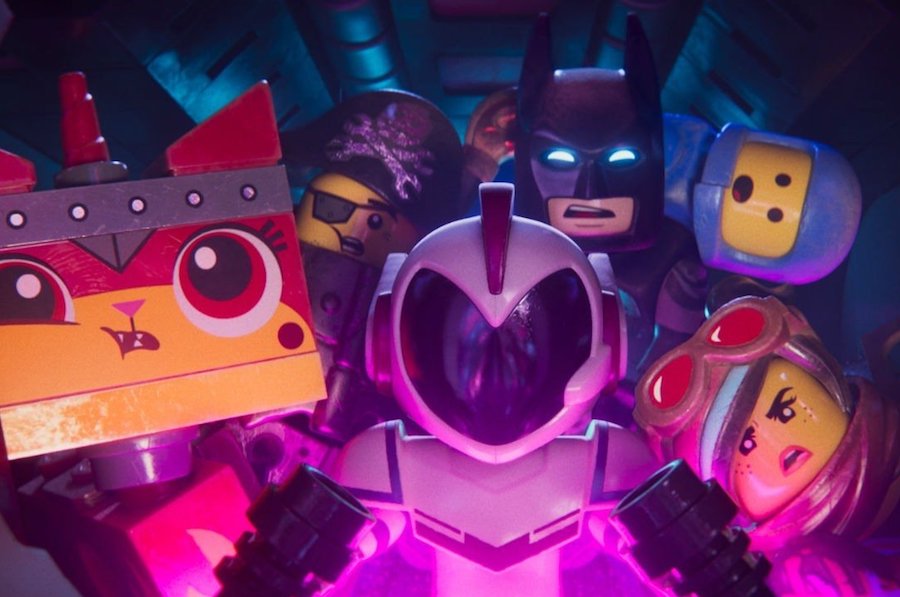 Last week, I caught a press screening of the The LEGO Movie 2: The Second Part with my kids and I have to admit, my expectations were…tempered. The genius of the first LEGO Movie (sorry for any spoilers but you know, 5 year statue of limitations and all) is that the hilariously quirky storyline all came together with the big reveal at the end that all the action was playing out in a boy’s imagination, mirroring real-life conflict with his disengaged dad.

So now that we’ve seen this kind of groundbreaking animation three times, including The LEGO Batman Movie and LEGO NINJAGO Movie, and we’re already in on the real life vs imagination joke, where can screenwriters Phil Lord and Christopher Miller go from here?

Well, they went back to the brand values, keeping in plenty of irreverence and humor, throwing some awesome new characters in the mix. And it totally works.

I know that every new story about LEGO Movie 2 today is that the opening weekend box office numbers were disappointing, despite great reviews, and I’m hoping that’s because the cold snap kept everyone indoors this weekend; this is definitely a film worth the price of big screen admission, whether you catch it in 3-D or not. 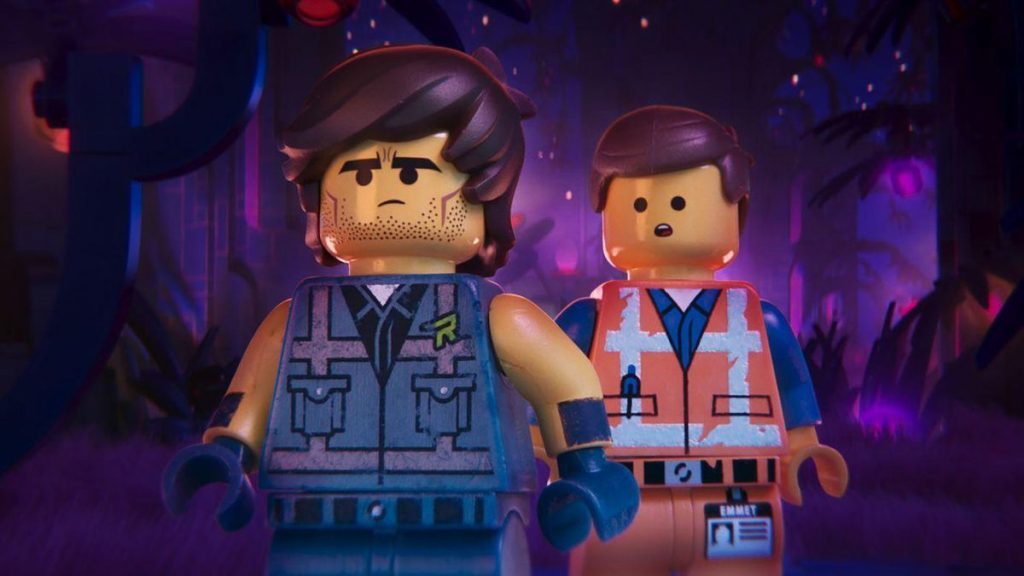 The animation remains wonderful, there are plenty of surprises, and I laughed out loud enough to embarrass my kids a few times, which is always a win for me. (Keep an eye out for a hilarious Bruce Willis cameo that you’ll miss if you blink.) Plus, I’m always down for a film we can all enjoy as a family, if in different ways.

It’s also so fun to play “name the voices” with the kids — the core cast of Chris Pratt x 2, Elizabeth Banks, and Will Arnett are back, with the addition of Tiffany Haddish, who is scene-stealing perfection. The real fun though is in trying to identify the voices in the supporting roles and cameos, like Jonah Hill, Nick Offerman, Jason Momoa, Cheryl Swoops, Channing Tatum, Bruce Willis, and a lot more.

5 ideas to discuss with your kids about the LEGO Movie 2: The Second Part 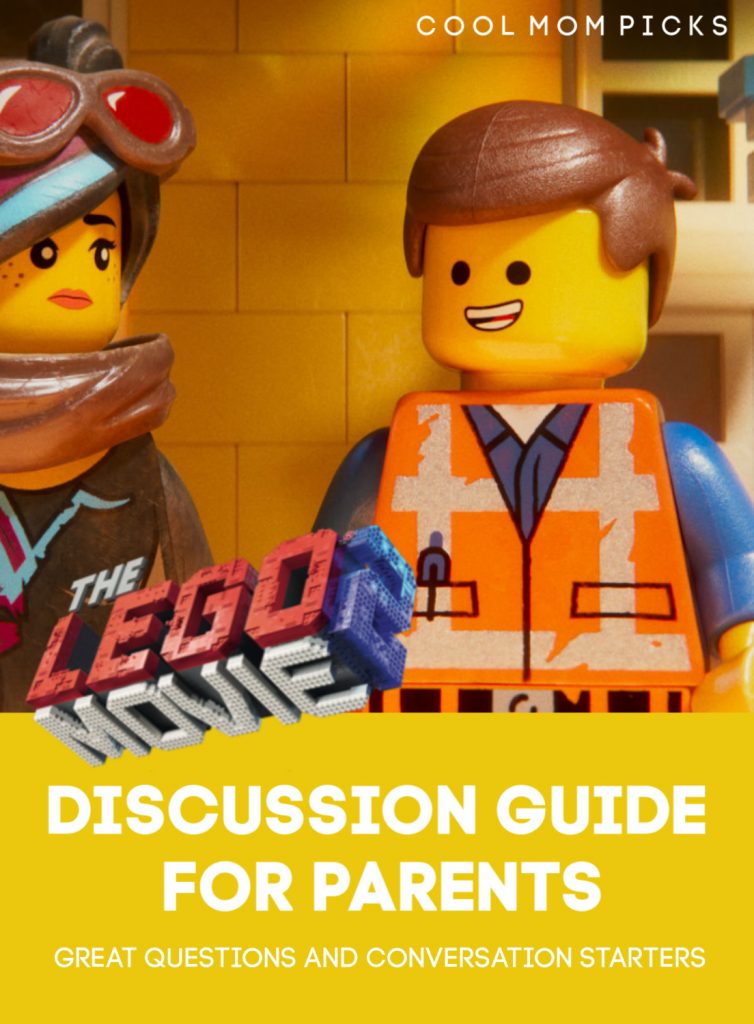 If you listen to the Spawned podcast, you know that Kristen is always ribbing me for the way our family will pause movies to break down plot points or point out themes, and we always have tons of discussions afterwards to help bring it to life and give it more meaning.

I call it “active watching” and it can be incredibly enlightening.

With that, here are 5 questions to help you have great discussions with your kids after seeing LEGO Movie 2.

1. What are the benefits of co-play?

If the first movie was about the power of children’s imagination and the classic battle between “keep it up” and “knock it down and rebuild” — then this one is about the power of collaboration, cooperation and co-play, particularly between Finn and his sister Bianca, who are clearly at odds.

If your kids are older, you can have some great discussions about the difference between a protagonist and a hero (I know, I’m getting super film geek here) but even with younger kids, you can ask what makes someone heroic.

You can also name some of the other characters, beyond Emmett — Wyldstyle, Queen Watevra Wa’Nabi, Batman, Unikitty — and ask for one thing that makes each of them heroic.

3. What are the differences between Bricksburg and the SISTA System?

The core theme of the film is rooted in gender issues, and the way boys and girls often play differently. As we’ve shared before, LEGO Friends launched with much controversy back in 2012, and after much consideration, I defended the toys as a way to help get more girls building, creating and imagining with LEGO, noting that creative storytelling is not a “softer skill” or less important than building and engineering.

This boy toy vs girl toy idea plays out pretty explicitly in the film, as Emmet and his band of friends fight back against aggressive attacks by a more “feminine” new crew from the SISTA System (not too subtle, I know). 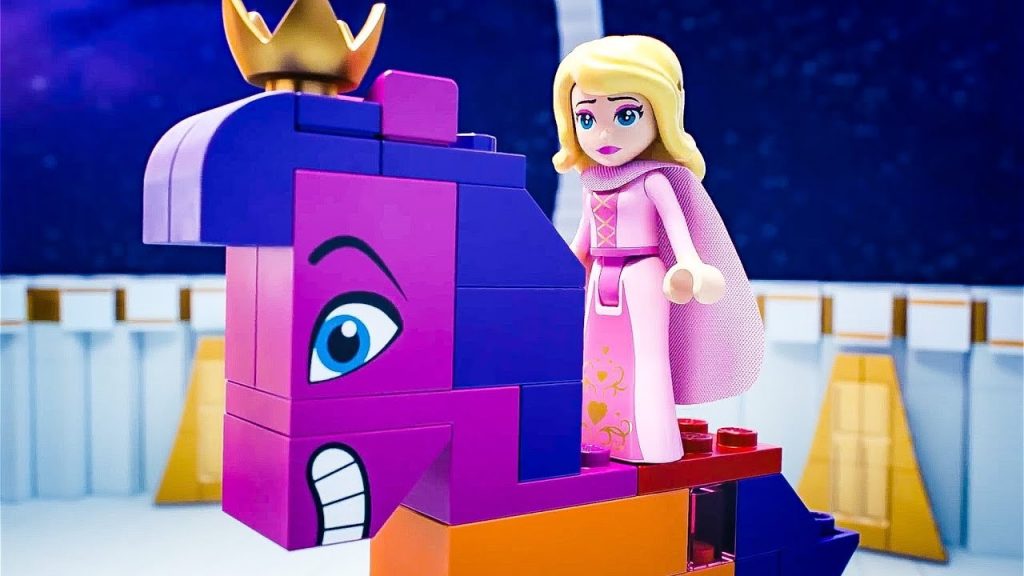 They want to kidnap Emmet’s pals from their now darkly apocalyptic city of Bricksburg, and take them to a new world — and kids should be able to describe the differences pretty well, from the colors, to the music they play, to the drinks of choice (smoothies over coffee). But I bet they’ll also pick up on some things you might not have considered.

(I’d particularly like to know if kids pick up on the three kinds of Wonder Woman minifigs we see scooting around town together.)

Tip: When you ask kids about the differences between the two universes, be sure to listen for stereotypes or gendered terms in their answers, which can generate more good discussion.

3. How do Finn and Bianca play differently? Do you think it’s an accurate way to depict boys and girls?

You can also ask your kids about the differences between the two lead human characters of the film, and how and why they came to create such different worlds. It’s a good way to talk about stereotypes, and what’s true and not true about them.

Tip: See if your kids catch the fact that Emmet bucks the stereotype as the character with a dream house.

Do you have a daughter who describes boy play as boring? Does your son think girls play silly? It’s really interesting hearing kids describe their views of the opposite gender. But what’s particularly helpful is to ask whether your kids can flip any negatives into positives. Empathy comes from understanding, and helping kids to find the good in other children’s choices and behaviors is always a valuable lesson. 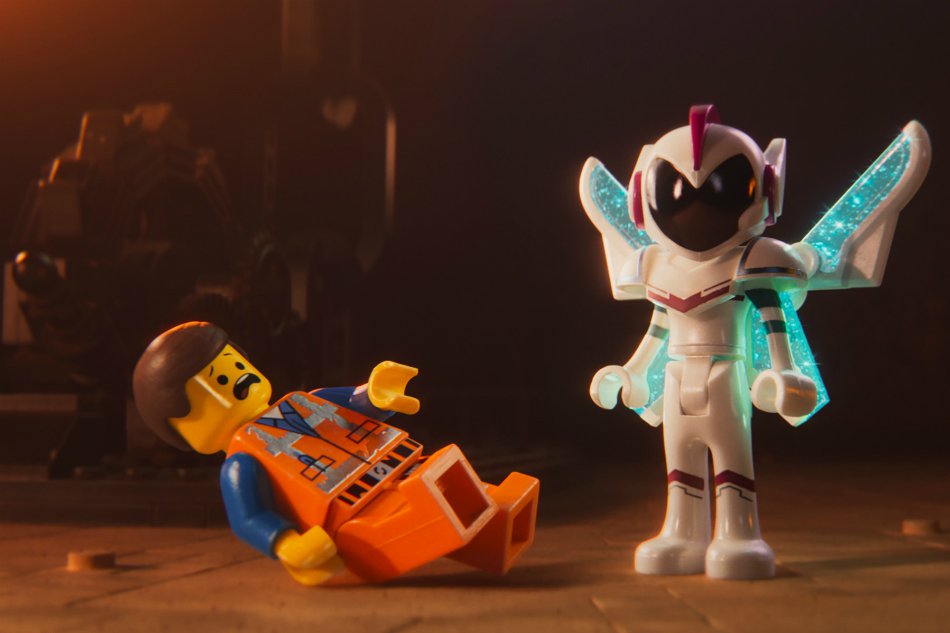 5. Do you think boys and girls can respect each other more? What can we do to help?

It’s always smart to take the core theme of a film and apply it to real world situations for your kids. The happy ending (no big spoiler there, don’t worry) will surely inspire your children to think about how the theme of gender conflict applies to their own lives, no matter what their age.

You can have a great discussion about how boys can be more respectful of girls’ interests and play patterns — and vice versa. You can talk about how stereotypes (“you throw like a girl,” “boys will be boys”) can hurt people or hold them back. You can refer back question 4, and talk about their answers and how to get those ideas out into the world more.

You can also ask for solutions to the conflicts they see in their own lives, at home or in the classroom. Because when you give kids a chance to think through problems, it’s amazing to see the kinds of creative ideas they come up with.

And hey, isn’t that kind of why we all love LEGO so much anyway?

Catch The LEGO Movie 2: The Second Part in theaters now. This is not a sponsored review at all — but if you want to catch Kristen and her daughter lip synching to Catchy Song, you’ll laugh.