Terrific music to diversify your kids’ playlists, after 3 children’s music nominees back out of the Grammy awards 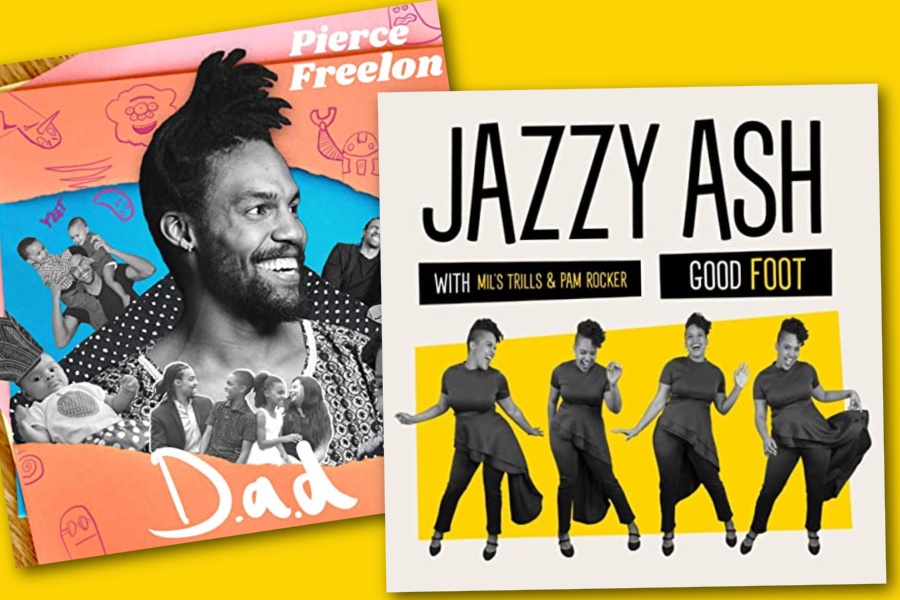 When three of the five nominees for this year’s Children’s Grammy awards declined to accept their nomination due to a lack of diversity in the nominations, the tight-knit world of kids’ music rallied around the artists in support.

Cool Mom Picks “kindie rock” favorites The Okee Dokee Brothers, Alastair Moock & Friends, and Dog on Fleas, issued a thoughtful and passionate statement against the all-white nominee slate that was not indicative of the range of talent in the category, and it’s worth reading. Their hope in withdrawing their nominations (for their excellent albums Songs for Singin’, Be a Pain, and I’m an Optimist, respectively) is that they could shine a spotlight on a longstanding problem, and bring some awareness to their talented and unfortunately overlooked peers.

And now, with the Grammy’s airing this week on March 14, I wanted like to shine our own spotlight on six recent musical releases from BIPOC and Asian-American fronted bands that make terrific family music.

While overlooked by the Recording Academy, these albums are all worthy of the highest honors, so add to your own family playlists, stat!

This post contains affiliate links, and purchases may generate a small commission that helps support our team at no additional cost to you. Please note that these releases will also be available on Spotify free for members.

Be The Change by SaulPaul 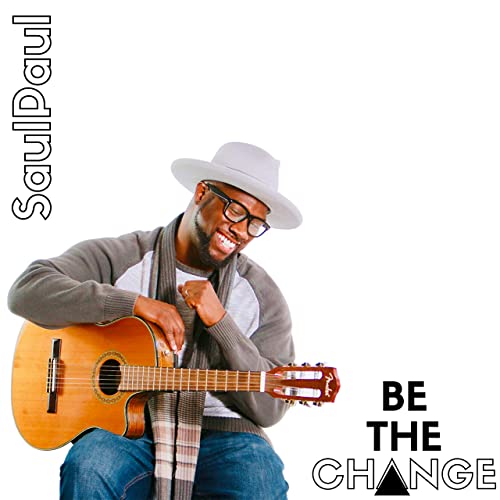 The aptly named album, Be The Change by Austin-based singer, songwriter, and rapper SaulPaul is a fantastic family album and one of my favorites from 2020. SaulPaul’ s deep, melodic voice joins up with many other of our kindie favorites like Alphabet Rockers, 123 Andrés, Lori Henriques, and Red Yarn — quite an eclectic mix, and yet his versatile sound melds perfectly with them all.

Kids will get up and move to the Latin beat on Vamonos, while sing-songy Celebrate has a sound that is reminiscent of 2016’s I SPY but with lyrics you don’t have to mute around younger ears.

But don’t be fooled: Though kid-friendly, the lyrics on Be The Change deal with some important topics, especially for kids coping with tough situations, as In Once Upon a Time. The tracks I Am Enough and Stardust lift kids up with lyrics that teach in a way that will get in their head in a good way.

Heck, I know most of us adults could use these messages too. 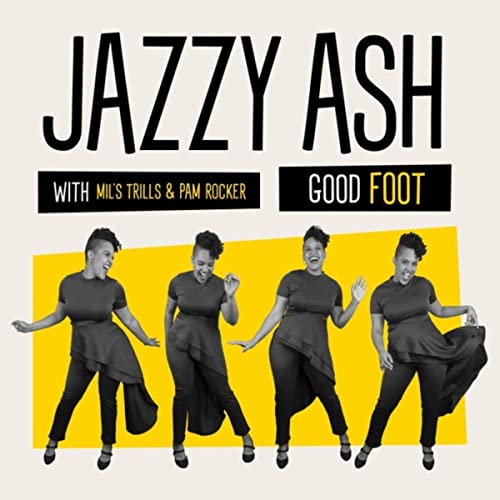 If you like your music to sound like a party, turn up Good Foot by high-energy performer Jazzy Ash, whose voice we’ve loved since her 2015 album, Bon Voyage. The title song, Good Foot, speeds along with a beat that is perfect for wearing kids out before nap time. Peppy horns, fast drums, and Ashli St. Armant’s soulful, energetic voice make it hard to sit still through these six songs.

At under 20 minutes, songs like Teddy Bear, Be Outside, and Sauce get everyone moving before closing with the slow-dance, gentle ballad Honey, beautifully sung with Pam Rocker.

Related: 7 diverse family music albums that could teach the world to sing in perfect harmony. Or at least your family. 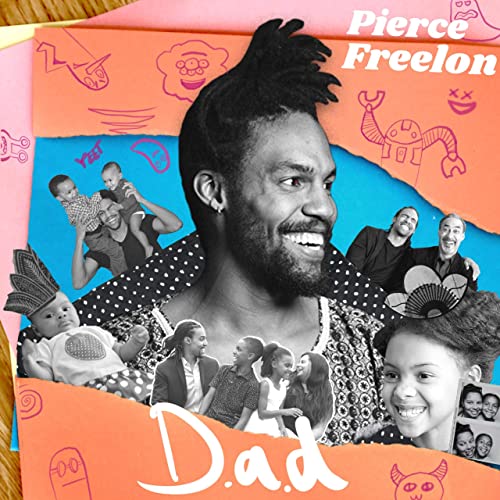 A great sense of humor and the ability to see the world through kids’ eyes make D.A.D. a great family music option for parents with young kids still dealing with bedtime fights, personal space issues, and messy bedrooms. Pierce Freelon celebrates the good and tricky parts of fatherhood, making it so wonderfully relatable.

My Body with Rissi Palmer has a lush TLC sound that delivers a sensitive message in a positive way. Movies and Popcorn and Video Games is a fast-word electronica mash up, while Space Jam has an R&B vibe. In other words, this is not a one-note album and you’ll love all the tracks, not just a select few.

Fun facts: The album features some cute cameos from Pierce’s daughter Stella. Also, and when he’s not putting out terrific albums, he’s a Durham City Council Member, and also the founder of Blackspace, a digital maker space he uses to mentor young people while teaching digital storytelling, music and film. Pretty impressive resume for this dad. 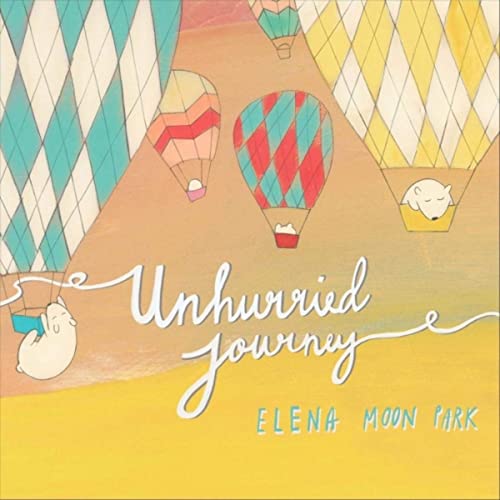 After the stressful year we’ve had, Elena Moon Park’s Unhurried Journey is a joyful and uplifting album that I can imagine listening to while driving the kids somewhere, anywhere. Kicking off with the galloping fun of Brilliant New Idea, the album weaves folk music with sounds and vocalists from Asian countries providing a diverse musical adventure for kids. You’ll hear Cambodian influences  in Flower Dance with Yorn Young; and South Korea is represented in Sae Taryeong with Kyungso Park.

True kindie fans  may also recognize guest artists Elizabeth Mitchell and Dan Zanes — in whose band Elena plays — and I’m so glad they both lend their distinctive, beloved voices to this beautiful release.

At a time where we really aren’t going anywhere, Unhurried Journey gives us the chance to escape into music which is a pretty great place to be right now. 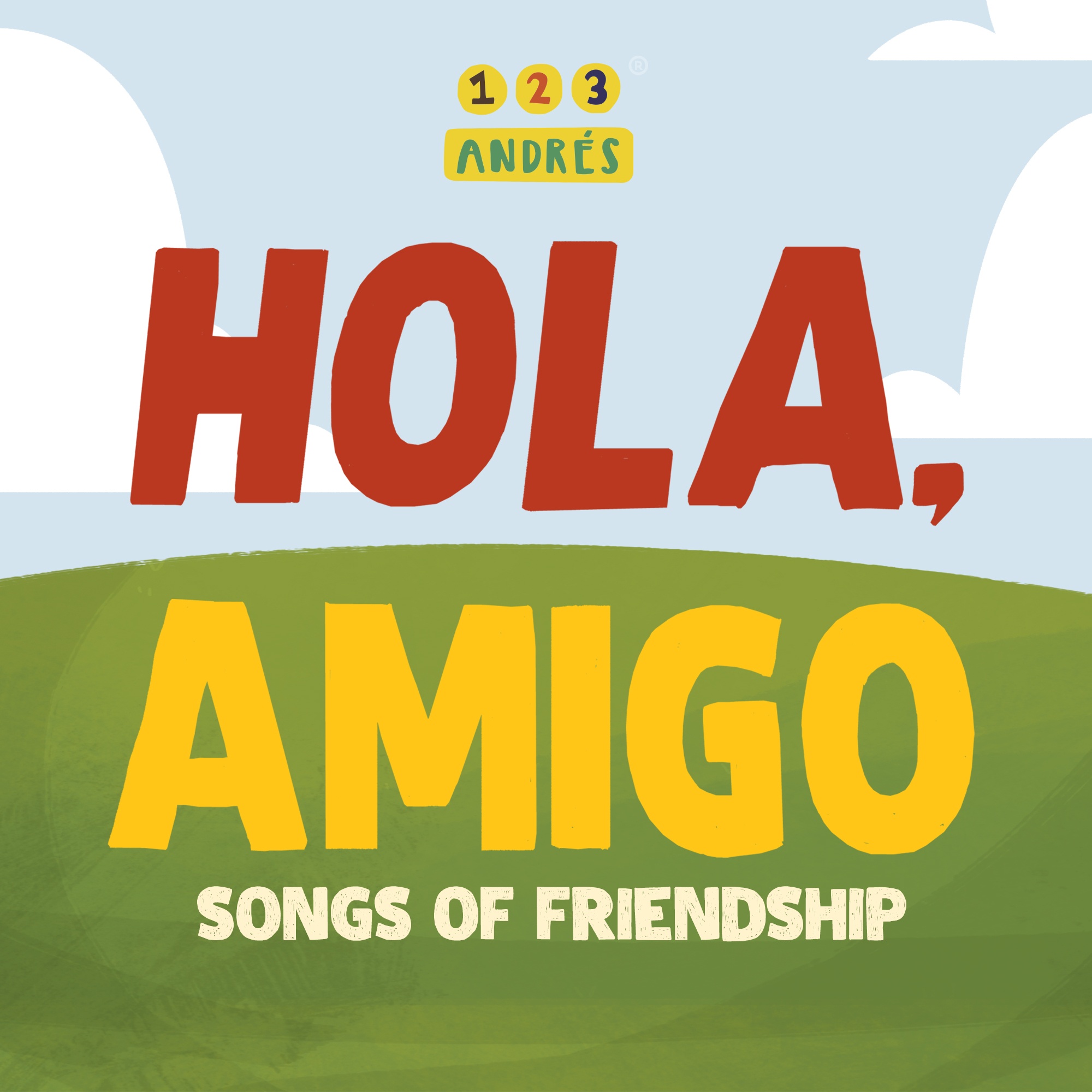 This uplifting bilingual release, Hola Amigo: Songs of Friendship from Christina Sanabria and Andrés Salguero, known as 123 Andrés, is jam packed with positive messages paired with age-appropriate calls for social justice. The bright horns, Latin beat, and Spanish lyrics in the title track Hola, Amigo and in Un Amor Ton Grande do not require you to know a word of Spanish to enjoy, though most of the songs mix English and Spanish so effortlessly, anyone listening can find meaning in the lyrics.

Through the 10 tracks here, you’ll also hear guest artists who bring their own signature sound, like the groovy organ of Sugar Free Allstars in Keep It Up, the rap skills of Konshens in Boomerang, and the claps and folk sounds of Uncle Devin with Cathy Fink in Hambone — a song that starts off like a peppy call-and-repeat song that reveals itself to be a strong message in support of Black Lives Matter.

I must mention, that the recitation of names in Hambone is one of the most daring and powerful things I’ve ever heard in family music, and deserves a standing ovation — and a download onto your family playlist — on its own.

Related: 8 family music albums that you’re going to want to add to your road trip playlist

Black Women in History by Fyütch 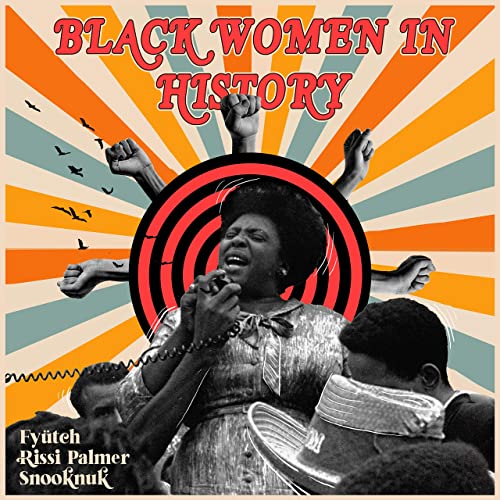 This last pick isn’t an album at all, but a single song created in advance of this year’s Black History Month by Bronx-based social justice artist, musician, and dad Fyütch. But, don’t let its single status fool you; Black Women in History packs a punch.

The mix of historical and contemporary Black women in HERstory makes this track smart and educational — perfect for teachers and parents alike to play for kids of all races. Because knowing about important and impactful Black women in history is not just something Black children should be exposed to. Black history is American history.

Please note: The two remaining GRAMMY nominated artists, Joanie Leeds (All the Ladies) and Justin Roberts (Wild Life) issued their own statements of support of their fellow nominees which are worth reading at the links here.