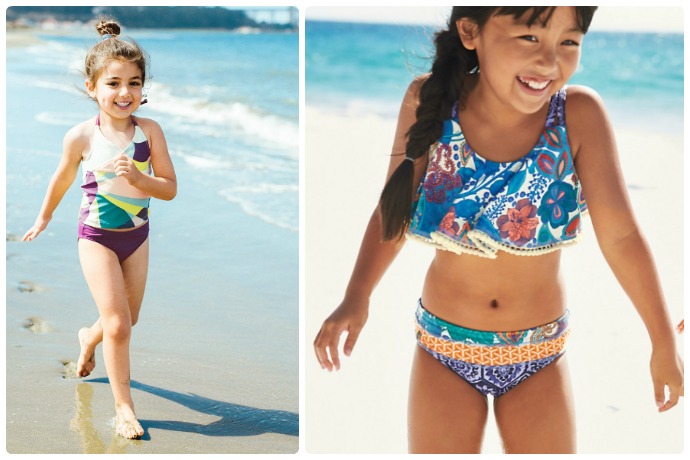 If you’ve already binge-watched the entirety of OITNB and you’re looking for a little entertainment, we’ve got you covered with two episodes of Spawned! And yes, that’s kind of a pun.

On the recent episode of Spawned with Kristen + Liz, we’re discussing our post about little girls and “modest” two-piece bathing suits, and the rather…passionate debate that ensued on our Facebook page from our fans.

We imagine you’ll have a whole lot of thoughts about this one!

Listen right here by clicking play below below. Or listen on iTunes through this link.

A few of the topics we cover:

-Whether the word “modest” is awful in itself.

-If you can make a joke about a skimpy toddler swimsuit by using a term like “hoochie bikini”…or not.

-Our first post on modest two-piece suits for girls in response to Abercrombie’s push-up bras for 8-year-olds.

-Our 2013 April Fool’s post about provocative underwear for children

-How our perspectives are informed by our own cultural norms

-What song you think of when you hear the word, “Hello…” which yes, is totally unrelated, but Kristen and Liz have two very different points of view and we want yours! 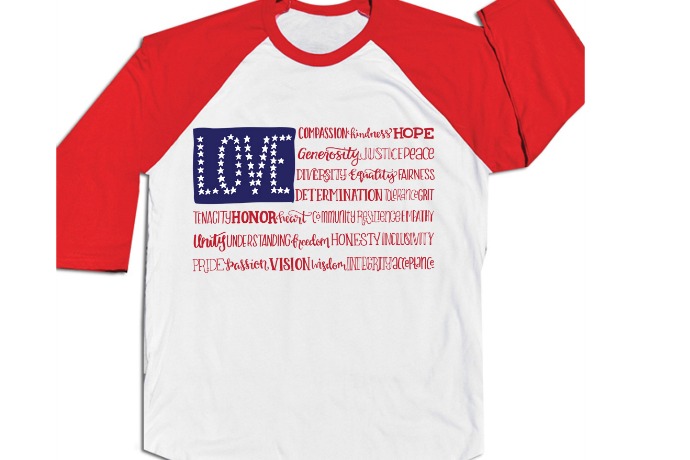 Liz’s cool pick of the week: The cool clothes from Free to Be Kids including the “America the Wonderful tee,” shown here.

On episode 44, we were joined by the fabulous author/writer KJ Dell’Antonia, who’s the contributing editor and columnist of the NY Times Well Family parenting section, and co-host of #AmWriting podcast along with another CMP fave and former Spawned guest, author Jessica Lahey.

We asked her to join us to discuss her surprisingly controversial column, The Families Who Can’t Afford Summer, which also turned out to have inspired quite the debate amongst our Facebook community.

Turns out, the biggest issue for families when it comes to summer is not keeping up with the joneses at all, but the serious financial and professional implications that aren’t discussed nearly enough.

A few of the topics we cover:

-Why summer is a struggle for so many families and what their biggest issues are.

-Why the common refrain, “geez, just let your kids just go outside and play all day like we did when we were kids!” may not be the most constructive suggestion.

-Whether year-round school is a viable option and how it might make a difference.

-How to avoid the summer slide, and which kids it impacts most.

-Resources parents can turn to for affordable summer options for kids

KJ’s cool pick of the week: Yoobi’s cool, coordinated school supplies which give back to classrooms in need.

Liz’s cool pick of the week: The kid-sized Sluice hammocks she discovered in Kate’s post about 11 clever tips to make camping with kids easier and more fun.

Kristen’s cool pick of the week: An article on 10 surprising foods that doesn’t require refrigeration.

As always, you can email us with comments or suggestions (we’re also open to funny jokes) at spawned@coolmompicks.com, and find us on Facebook, Twitter, and Instagram as @coolmompicks, and use hashtag #spawned show. Thanks for listening!